we need a new comedy from melissa mccarthy desperately 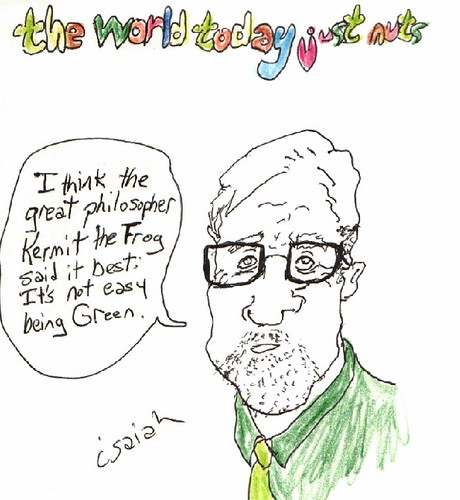 is this pandemic ever going to end?  johnson & johnson have put their vaccine on hold because of a problem during the trials.

is it ever going to end?

will we ever be able to take off these damn masks?

to not worry that our kids are going to catch something that's going to kill them?

it's just so much to deal with day after day - including no support from the government (nancy pelosi needs to step down, she's hideous).

i saw that online tonight and it made me laugh.

also made me think.  melissa, we need a funny movie from you right now.  the country needs to be laughing.

Tuesday, October 13, 2020.  The children of Iraq continue to suffer but, don't worry, the US is sending approximately $2 million to Iraq to help -- help with animals, Joe Biden questions the memories of the American people during the same week where he again declares that he's currently running for the US Senate and much more.

Saturday on the latest installment of THE KATIE HALPER SAUSAGE FEST, Katie was joined by three men.  Our interest here is Chris Hedges (but good to see you washed your hair, Katie, if I'd known calling you out publicly was all it took, I would have done so long, long ago).

Chris explains that he will not be voting for Joe Biden.  Was he not allowed to say that he was voting for Howie Hawkins?  I don't know.  This seems to be a pattern with Katie Halper interviews.

I believe we're the only ones -- here and with Ava at THIRD -- who commented on the nonsense of her USEFUL IDIOTS podcast in August with Eugene Puryear who revealed he wouldn't vote for Joe Biden.  The logical follow up?  Who will you vote for?  It wasn't pursued.

That was embarrassing.  Eugene wasn't just a voter.  In 2008, Joe Biden was Barack's running mate.  What Katie wouldn't tell you was that in 2008, Eugene was Gloria La Riva's running mate.  That's right, he ran against Biden in the 2008 presidential election.  Kind of an important detail as he weighs in on Biden.  Kind of an important detail to establish who he is and where he is coming from.  He's not just a journalist, he's an activist and he's a politician.  Running to be vice president of the United States?  That makes you a politician.

Chris has endorsed Howie Hawkins.  That happened a long time ago.  In fact, it was long enough ago that Dario Hunter -- failed Green Party presidential candidate -- was able to go on Cindy Sheehan's podcast and trash Chris and Howie.

While I appreciate Chris' critique of "the boutique left or boutique activism," he's for Howie Hawkins for a reason.  So why won't Katie let him discuss that?  And why does Katie have on various people but bury their connections to third parties?  (Eugene is a member of the Party for Socialism and Liberation.)  Is she censoring for a reason?

Were it a one time thing, we could look the other way.

But this has become a pattern with Katie.

Speaking of patterns, last month, Amy Goodman finally discovered Howie Hawkins.  She's ignored the Green Party presidential nominee.  Ms. Go Where The Silences Are has ignored the party.  Ava and I warned you in 2008 that she was tossing out token crumbs to the Green Party.  We stated that the Green Party needed to start placing demands on her and calling her out.

She's done nothing to cover the party.  She hasn't had Howie on.  She hasn't done one of her mock debates where she invites the candidates for president who aren't Democrat or Republican on the show to respond.

She's been paid very well.  PACIFICA has gone into debt paying her millions for a program that they don't even own after paying all that money.

She's a con artist on the grift and you should have called her out long, long ago.

So she and Juan (shame on you, Juan) weighed in with a guest to insist that Howie's ballot access problems were his own.  Remember that, American activists.  Ballot access?  Not a systematic problem, just Howie's personal problem.

Why is Jimmy Dore the only one with a show who does not have a domestic violence relationship with the truth?

He's not beating up the truth, he's not manipulating it.  He's doing his best to tell the truth and get it out there.

He's covering the Gallup poll that found voters feel they are better off now than they were in 2012 and 2004.  Emily Jacobs (NEW YORK POST) notes:

Democratic presidential nominee Joe Biden questioned the memory of voters who felt they were better off economically under President Trump than under former President Obama — saying that those individuals “probably shouldn’t” support him.

Speaking during an interview with local station WKRC in Cincinnati Monday, the 2020 Democrat made the remarks after being asked about a recently released Gallup poll which found that 56 percent of voters felt that their financial situation improved under President Trump’s administration.

Biden was asked why those 56 percent of voters, who liked President Trump for his economic policies, should instead vote Democrat.

“Well if they think that, they probably shouldn’t,” the former vice president quipped before going on to incorrectly restate the poll’s findings while asking the news anchor a question.

“They think — 54 percent of the American people believe they’re better off economically today than they were under our administration? Well, their memory is not very good, quite frankly,” Biden continued in his rebuke.

Their memory is not very good?  This from the man who, on a public stage, confused his sister and his wife?

Here's REUTERS from February of this year covering Joe's declaration that he's running for the US Senate.

That's not a one time mistake.  Harriet Alexander (DAILY MAIL) reports this week:

Donald Trump on Monday night mocked his Democrat rival Joe Biden for stating he was 'running for Senate' - using the momentary lapse as more evidence of his claim that Biden is unfit for office.

Trump, 74, has made the age and frequent gaffes of Biden, 77, a recurrent line of attack.

Donald Trump's election campaign has a clip with that line already up online.

And Joe wants to question the memories of others?

Hmm.  I want the press to question Joe.  Specifically, to ask him why he want from DOMA supporter to gay rights activist?  It wasn't episodes of WILL & GRACE.  It was the realization and admission of a family member.  Joe sure loves to talk about his family -- especially the ones who are dead.  But somehow this never comes out -- comes out.  Ask Joe about it, there's a story that which has not been publicly told.  For now.

At the same time that Joe Biden’s son-in-law, Howard Krein, has been advising Biden’s campaign on its coronavirus response, Krein’s venture capital business has been running a special initiative to invest in health care startups that offer solutions to the pandemic.

In March, as Covid-19 began spreading in the United States, the investment firm, StartUp Health, unveiled a new coronavirus initiative soliciting pitches from entrepreneurs with products that addressed the outbreak.

The next month, reports in Bloomberg and the New York Times listed Krein among those participating in daily calls to brief Biden on health policy during the pandemic, while StartUp Health announced its intention to invest $1 million across 10 startups with coronavirus applications within 30 days.“StartUp Health is putting the full support of its platform and network behind building a post-Covid world that uses technology and entrepreneurial ingenuity to improve health outcomes,” the firm said at the time.

Krein simultaneously advising the campaign and venturing into Covid investing could pose conflict-of-interest concerns for a Biden administration or simply create the awkward appearance of Krein profiting off his father-in-law’s policies. Since the start of the coronavirus outbreak, the federal government has directed tens of billions of dollars in coronavirus medical spending in areas like testing and vaccine research to private firms. It is poised to spend billions more next year and possibly beyond.

The potential conflicts are not limited to the coronavirus for Krein, 53, a Philadelphia-based head-and-neck surgeon who got into venture investing not long after he began dating Biden’s daughter, Ashley, in 2010.

Since StartUp Health’s 2011 launch, when Krein came on as its chief medical officer, it has invested in more than 300 health care businesses, according to its website, which prominently features the term “moonshot” to describe its investment goals — language that echoes that of Joe Biden’s own signature Cancer Moonshot initiative. In its early years, the firm enjoyed close ties to the Obama administration and described Krein as a White House adviser.

The corruption just wafts off the Biden family.  On the coronavirus, XINHUA reports:

The new cases included 1,268 in the Iraqi capital Baghdad, 291 in Erbil, and 246 in Duhok, while the other cases were detected in the other provinces, the ministry said in a statement.

The ministry also reported 60 more deaths, raising the death toll from the infectious virus to 9,912 in the country.

This takes place, this pandemic and its rising tolls, as children continue to suffer in Iraq.  Mina Aldroubi (THE NATIONAL) reports:

Iraq’s most vulnerable children are facing challenges with remote education that are widening the country's learning gaps, teachers in displacement camps told The National.

Since the outbreak of the coronavirus pandemic this year, thousands of schools have shut down, leaving more than 10 million children aged 6 to 17 without education, a study by the Norwegian Refugee Council shows.

The study of more than 6,000 children found that almost 83 per cent of children in camps across the country did not receive any type of education in April.

That spurred the charity to warn that an entire generation could be chronically uneducated as a result of the crisis.

“The outbreak of the pandemic had a huge impact on Iraq’s education sector," Tais Mejbel, a teacher from Hamman Al Alil camp in southern Mosul, told The National.

"The majority of students living in displaced camps have had little access to education since March."

Mr Mejbel, who teaches in a state school inside the camp, said it was overwhelmed with pupils and understaffed, and has now begun to teach over the internet.

But don't fret America, your tax dollars are en route to Iraq.  2.2 million dollars in fact.  That's how much the US Defense Threat Reduction Agency has just donated "to strengthen veterinary services in targeted provinces in Iraq.''  Let the kids suffer, apparently.

The United Nations noted the bleak realities for Iraqi children earlier this week:

Interviews conducted by the United Nations with families living in displacement camps across Nineveh governorate, affirm that child marriage remains a frequent practice and a coping mechanism for families living in poverty to reduce the financial strain.

Education and learning are some of the best ways to empower girls and protect them against violence, exploitation and social exclusion by providing them with the opportunity to build a better life for themselves, their families and their communities. To make education and learning accessible and empowering for girls, it needs to be safe and gender sensitive.

Having zero tolerance to bullying, cyberstalking, sexting and harassment should be a priority for all as part of the national COVID-19 efforts to reimagine school systems and learning, we must address violence against girls of all ages in and around classrooms and on digital learning platforms. Because girls have higher risk than boys to experience violence, verbal and sexual abuse, a multi-sectoral approach is needed to address all risk factors and cases. Youth-friendly, accessible and quality education and learning, health and social services are essential for girls' empowerment and their development.

Ending gender-based violence is not a far-fetched dream; this is a real possibility. All that is needed is for girls to have access to formal education, , skilled, civically engaged, healthy, supported, and protected at home, in institutions and at the community. The alternative is devastating with a lasting negative and damaging impact to the health, education and well-being of Iraqi girls.