the story the media won't report 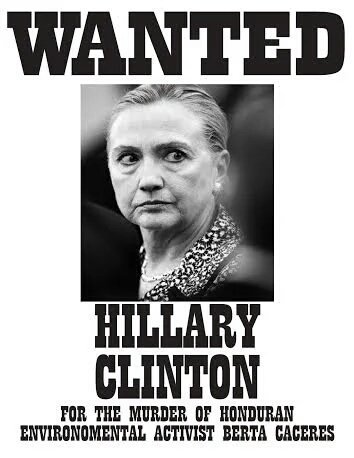 it is the story the corporate press refuses to touch.

but then they are in the bank for hillary after all.


Friday, August 26, 2016.  Chaos and violence continue, Iraq's Parliament fires the Minister of Defense, and much more.

And that, per the Iraqi Constitution, is how you remove a Cabinet minister.

A vote of no-confidence.

You don't do it with Haider al-Abadi huffing and puffing that he needs a new Cabinet.

His Cabinet wasn't even two years old when he started throwing that tantrum.

And he does not have the right to remove a minister -- only the Parliament does.

Khalid al-Obeidi does have a process of appeals but it appears he's resigned to the dismissal.

In a series of Tweets, he offered:

Dr. Khalid Al-Obeidi ‏@khalid_alobeidi  21h21 hours agoIraq
Finally, those who have brought Iraq to where it is now have won, so I ask the people and the army to excuse me. I tried to fight (1/8)
60 retweets75 likes

Dr. Khalid Al-Obeidi ‏@khalid_alobeidi  21h21 hours agoIraq
corruption as much as possible, but it seems they are stronger, their voices are louder and their actions are longer. Regardless, I (2/8)
38 retweets45 likes

Dr. Khalid Al-Obeidi ‏@khalid_alobeidi  21h21 hours agoIraq
will remain a soldier among the brave soldiers of the Iraqi people who fight corruption and corrupt people. Thank you to all those who (3/8)
34 retweets47 likes

Dr. Khalid Al-Obeidi ‏@khalid_alobeidi  21h21 hours agoIraq
voted in our favour, stood with us, appreciated our position & supported us. To the people of Iraq, you are the ones who can judge my (4/8)
29 retweets39 likes

Dr. Khalid Al-Obeidi ‏@khalid_alobeidi  21h21 hours agoIraq
efforts. God is my witness that I exerted every effort to rebuild the army & the military institution, along with tireless efforts to (5/8)
29 retweets41 likes

Dr. Khalid Al-Obeidi ‏@khalid_alobeidi  21h21 hours agoIraq
fight corruption and the corrupt, prevent nepotism and clientelism that caused Iraq in 2014 to lose 40% of its land and displace (6/8)
35 retweets42 likes

Dr. Khalid Al-Obeidi ‏@khalid_alobeidi  22h22 hours agoIraq
I take great pride in the welcome I received from you in Adhamiya & Kadhimiya - a testimony for me in front of all the corrupt people. (8/8)
38 retweets69 likes


From the start, al-Obeidi was seen as a controversial figure.

His divisiveness was well known and part of the reason that he failed in his 2010 nomination for Defense Minister.

Four years later, he made the cut but was seen as sop tossed out to get an even more controversial figure named Minister of the Interior.


al-Obeidi was not popular with Sunni tribal leaders or with provincial and municipal government figures.

STRATFOR notes, "During al-Obeidi's tenure, the Iraqi parliament has twice opened investigations into corruption charges against him regarding defense procurement contracts. In the course of the second investigation, al-Obeidi openly accused several lawmakers and the parliamentary speaker of trying to blackmail him to secure contracts of their own. But after reviewing the case, Iraq's judiciary released the parliamentary speaker citing a lack of evidence, and a number of lawmakers demanded a vote of no confidence be held against al-Obeidi."


Unlike the Speaker of Parliement, al-Obidi had few friends left having provoked so many in the two years he held the post of Defense Minister.


AFP notes the military was suffering under the leadership or 'leadership' of Nouri al-Maliki, prime minister of Iraq from 2006 through 2014:

Maliki had been premier for eight years when the army, gangrened by nepotism and hollowed out by a system in which "ghost soldiers" enrolled but did not show up for duty, collapsed completely in the face of a vast June 2014 IS assault.


How big is the news?


Here's your answer: have you ever seen Brett McGurk Tweet so furiously:

Brett McGurk ‏@brett_mcgurk  17h17 hours ago
In #Iraq – we are encouraged by impressive gains towards #Mosul in recent weeks by Iraqi Security Forces and Kurdish #Peshmerga. 7/10
52 retweets46 likes

Brett McGurk ‏@brett_mcgurk  17h17 hours ago
We are now focused intensively on setting the conditions to eject #ISIL terrorists permanently from its HQs in #Mosul and #Raqqa. 6/10
30 retweets30 likes


In the lead up to the efforts to retake Mosul -- seized by the Islamic State over two years ago -- Iraq's just fired the Minister of Defense.

Yesterday, the US Defense Dept announced:

-- Near Ramadi, fighter aircraft conducted one strike in Iraq, destroying four rocket systems and four rocket rails. The strike was coordinated with and in support of Iraq’s government.


Task force officials define a strike as one or more kinetic events that occur in roughly the same geographic location to produce a single, sometimes cumulative, effect. Therefore, officials explained, a single aircraft delivering a single weapon against a lone ISIL vehicle is one strike, but so is multiple aircraft delivering dozens of weapons against buildings, vehicles and weapon systems in a compound, for example, having the cumulative effect of making those targets harder or impossible for ISIL to use. Accordingly, officials said, they do not report the number or type of aircraft employed in a strike, the number of munitions dropped in each strike, or the number of individual munition impact points against a target. Ground-based artillery fired in counterfire or in fire support to maneuver roles is not classified as a strike.

CNN'sa Arwa Damon is back in Iraq.