she lost all on her own

jack shafer spells it out at 'politico' on hillary and her latest e-mail whining:

From the moment the New York Times broke the email story in early March 2015, and then later when the State Department announced its release schedule, Clinton was put on notice that like a spring high tide, each new batch of emails would send uncomfortable news rising over her campaign seawall. According to a CNN timeline, the State Department released at least 14 batches of Clinton emails between May 22, 2015, and Feb. 29, 2016. (See CNN’s coverage on the other dumps here: June 30, 2015; July 31, 2015; Aug. 31, 2015; Sept. 30, 2015; Oct. 30, 2015; Nov. 30, 2015; Dec. 31, 2015; Jan. 7, 2016; Jan. 29, 2016; Feb. 13, 2016; Feb. 19, 2016; Feb. 26, 2016.) Did Clinton expect the press to ignore them? It’s her fault, not the press corps’, that she set up an independent server that made so much news. She’s the one who failed to manage the news crisis she knew would burn hotter with each new email release. And yet today, she disparages the coverage as an example of the press corps’ herd mentality: “The facts didn’t stop the hamster wheel of Washington scandal from spinning into rapid motion, as other media outlets sought to follow a story that must be important, because the New York Times had put it on the front page.”
No journalist should apologize for covering the emails as news—for both the way Clinton handled them and their contents. They contained valuable information. We learned from the Clinton emails, for example, that her justification for a personal email server—that it would give her the convenience of one device—was a lie. As this McClatchy article notes, she used both a BlackBerry and an iPad on her system. The releases also show her buffing her image. They reveal that her campaign recklessly and knowingly exposed her communication to hackers. They showcase her questionable relationship with Sidney Blumenthal. They demonstrate that the State Department IT office didn’t know about Clinton’s email. They catch her sending classified information, something she originally denied. As Vox’s Jeff Stein wrote, they also instruct us on Clinton’s efforts to avoid public records laws. And they give us a nonpareil view of a secretary of state doing her job and of a politician jockeying for a presidential run.

she made the decisions.

then she made the decisions to lie.

Thursday, September 14, 2017.   Chaos and violence continue, the September 25th vote on independence in the KRG and Kirkuk Province looms, the US Senate decides they're okay with abdicating their role, and much more.

The US Senate again reveals its pro-war nature.  It was in the US Senate where, in 2002, Democrats linked arms with Republicans to vote in favor of the Iraq War.

And it was in the US Senate late yesterday where they linked arms to vote down a measure that might have ended the never-ending wars.

Kentucky Republican Sen. Rand Paul, an anti-war crusader, had offered an amendment to the 2018 National Defense Authorization Act (NDAA) to repeal war authority granted in 2001 and 2002. He argued Wednesday that the current war authorizations are outdated and that Congress needed to "grab power back" from the executive branch, which he said has been using the war authorizations for "unauthorized, unconstitutional and undeclared war."


Here's an excerpt from the above:

Senator Rand Paul: For the first time in 15 years, we are debating the Congressional role in the declaration of war we have fought -- the longest war in US history -- under an original authorization to go after the people who attacked us on 9/11.  That war is long since over.  The war has long since lost its purpose.  And it's long time that we have a debate in Congress about whether we should be at war or not.  It is the constitutional role of Congress.  Interestingly the folks that you have heard on either side of the issue have said, "It is our job, it is what we should be doing."  And yet we haven't done it for 16 years.  Who in their right mind thinks that Congress is actually going to do their job without being forced to do their job.  My resolution is actually silent on whether we should still be at war.  My resolution just simply says that the resolutions that we have previously passed will expire.  I don't believe that they have anything to do with the seven wars we're involved with currently anyway.  But if we were to force them to expire, we would then have a debate.  But for those who say "Yes, Congress should exert its authority, Congress should be involved in the initiation of war," they don't really believe that unless they're going to vote that way.  What will happen is the continuation of the same: That we abdicate that role and let the president do whatever he wants.  It's worse than that. Let's say that we were to vote for my resolution and that the authorization to go to war after 9/11 expired, do you think any of the wars would end?  No.  The neo-conservatives and neo-liberals believe the president has unlimited authority.  They called Article 2 "Authority for War."  There is some authority given to the president -- an enormous amount of authority to execute the war.  But not to initiate war.  The sole duty of initiation of war was given specifically to Congress.  So if these authorities were to expire, the president says, "I have all the authority I want under the Constitution to do whatever I want."  But that's not what our founders wanted.  Madison, if he were here, would vehemently disagree.  Madison wrote that the executive branch is the branch most prone for war.  Therefore, the Constitution, with studied care, vested that power in the legislature.  It was supposed to be difficult to go to war.  And some gnash their hands and say, "Oh, the Senate could never agree on any authorization to go to war."  You know how long it took us after Pearl Harbor?  24 hours and we declared war on Japan.  You know how long it took us after 9/11?  Three days.  We can come together as a body when we're attacked, when we're unified in purpose.  But guess what?  After sixteen years, it's difficult to determine the purpose in Afghanistan.  But also those who say, "Oh, we need a new authorization but it's going to authorize war anywhere, anytime, with no geographic limit or no time limit"?  Basically, they would be authorizing everything we're doing now, not putting any limitations on it.  We are in Yemen.  We are aiding and abetting the Saudi war in Yemen and yet there's been no vote on it. 17 million people live on the edge of starvation because of the Saudi blockade and bombing campaign.  We are aiding and abetting that and yet there's been no vote here in Congress. Look we've got problems at home.  These wars are costing trillions of dollars.  They are unauthorized.  We have not voted on them.  And I say, "Look, let's pay attention to some of the problems we've got here at home.  We're going to have a hundred and fifty billion dollar tab for Harvey hurricane damage in Texas.  And yet we continue with unauthorized, unconstitutional, undeclared war.  I think it's time to think about what we've got -- the problems we've got here at home.  I think it's time to think about the twenty-trillion dollar debt we've got.  But still we have this gnashing of hands, this wringing of hands, these gnashing of teeth that say, "Oh, my goodness, what if Congress didn't do its job?  What if we allowed these authorities, these authorizations of force to expire and we didn't get another one?  Well the thing is, that's abdicating your constitutional duty.  The duty is to do what is in your constitutional duty.  It's not to say, "Well the other Congressmen won't do what their jobs is, so I'm not going to do my job."  Our job is to enforce, obey and execute the Constitution.  The Constitution says Congress shall declare a war.  Doesn't say the president can go to war anywhere, any time, around the globe.  Says Congress shall declare war.  So for the first time in 15 years, we are debating whether or not Congress has a role in this.  And for those who will vote "no" against my resolution, they're basically voting -- even though they will say otherwise -- they are voting to say, "Well, eh, let's just let the status quo go on.  The President can do what he wants.  It's too emotional.  It's too controversial to debate war.  So we'll just keep letting the president do whatever he wants."  Mine is a vote go grab power back.  Mine is a vote to say the Senate has prerogative here.  The Constitution gives the power to the legislature.  That's what this vote is about.

Question: (Motion to Table Paul Amdt. No. 871 )
Vote Number: 195
Vote Date: September 13, 2017, 12:17 PM
Required For Majority: 1/2
Vote Result: Motion to Table Agreed to
Amendment Number: S.Amdt. 871 to S.Amdt. 1003 to H.R. 2810 (National Defense Authorization Act for Fiscal Year 2018)
Statement of Purpose: To repeal the Authorization for Use of Military Force and the Authorization for Use of Military Force Against Iraq Resolution of 2002.
Vote Counts:
YEAs61
NAYs
36
Not Voting
3
*Information compiled through Senate LIS by the Senate Bill Clerk under the direction of the Secretary of the Senate
Vote Summary
By Senator Name
By Vote Position
By Home State


See any you recognize?


Noting the Tweet, Elaine added, "They should all be voted out if they're in favor of never-ending war."


If you agree, these are the people who should be voted out.


See the disappointments?  The Claire McCaskills, the Jean Shaheens, all the losers we were told would do a wonderful job but who don't do anything.


3 senators did not vote.  Robert Menendez has the excuse that he's standing trial.  Bill Nelson and Marco Rubio did not vote.  Bill and Marco were in Florida with their constituents (see below).

In Belle Glade with @marcorubio handing out meals to those who still don't have power after Hurricane Irma. 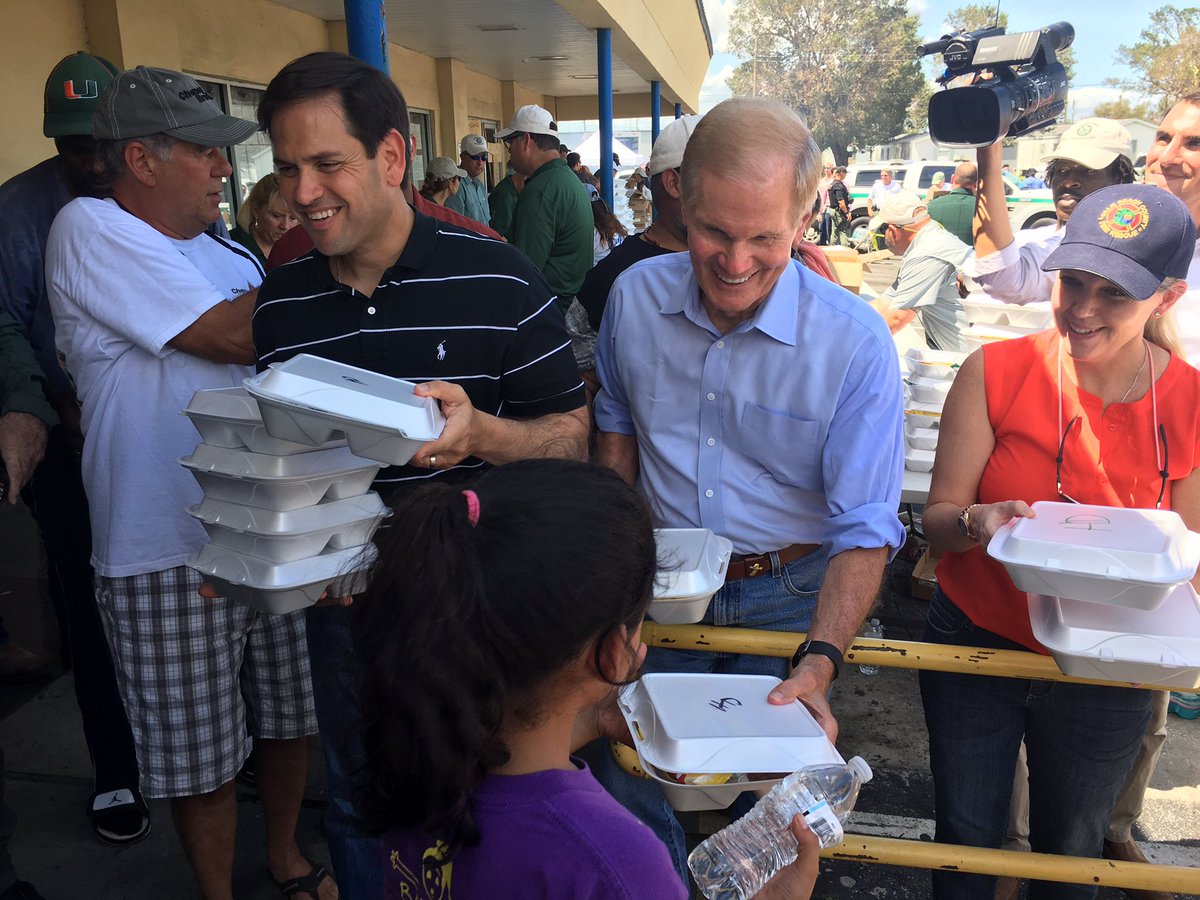 
Staying with the issue of voting, September 25th, the KRG and Kirkuk Province are supposed to vote on whether or not to remain a part of Iraq or become autonomous. 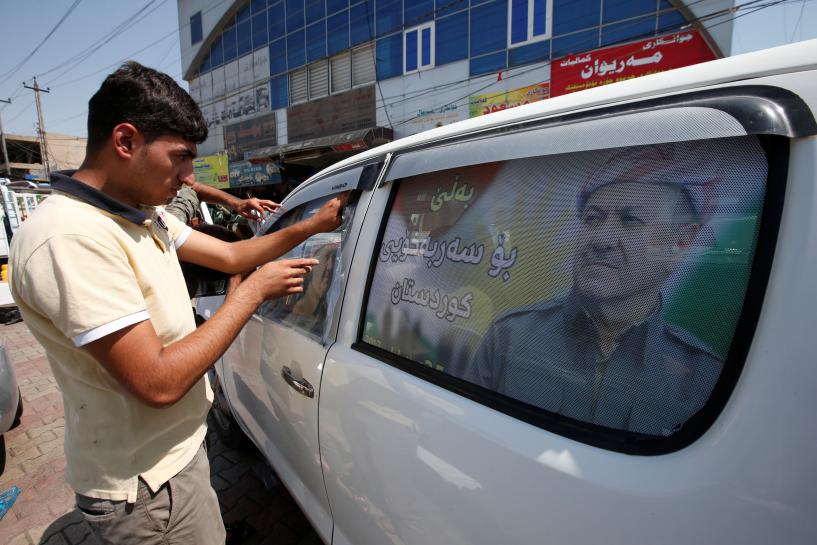 
While the government of Turkey continues to stamp its feet and threaten, others just threaten.


They didn't get what they want so they try to fire the governor?


And they ignore that the Constitution required Kirkuk hold a referendum by the end of 2007.

Required that, but the government never did it.

Maybe Kirkuk should demand the Baghdad government be fired?

At any rate, no one's losing a job yet.

Replying to @SalimH9 @FazelHawramy and
Kirkuk council just rejected Iraqi parliament ousting of Nejmedin Karim, you think they would do that if they didn't stand behind him?
1 reply1 retweet1 like

Over twenty civilians killed, injured in restaurant attack in #Dhi_Qar
0 replies1 retweet1 like