the protest over moving an embassy 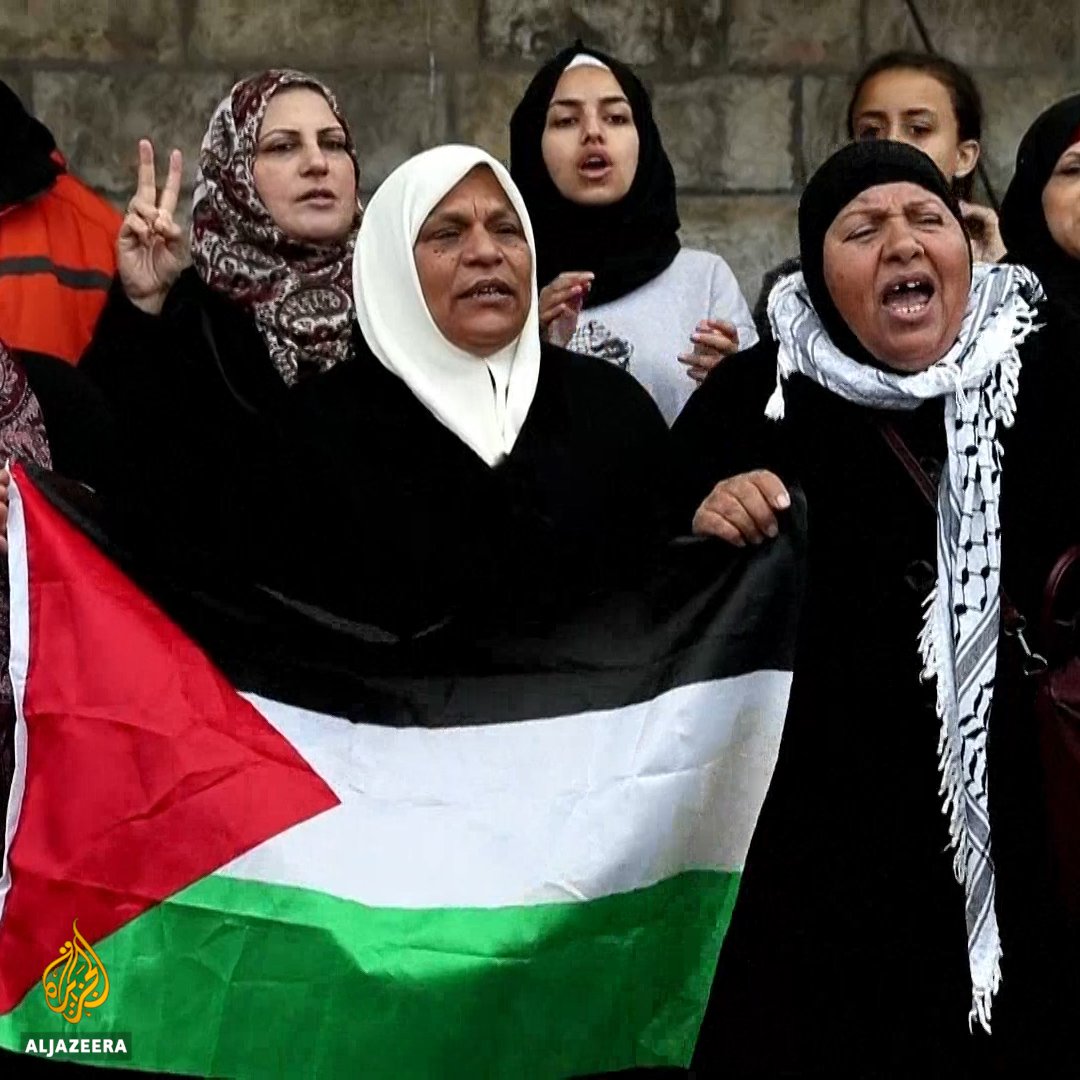 the outrage has really struck me as beyond belief.

that's because we all know.

we've seen it over and over.

the moving of an embassy caused more shock and outrage than the u.s. policy.

the same u.s. policy that day after day results in the deaths of countless palestinians.

that we can live with apparently.

but move the embassy?

on the 1 hand, i'm glad to see so much support across the world.

on the other, why are we unable to see a free palestine?

are we unable to show turnout and support for an independent and free palestine?

Friday, December 8, 2017.  In the last year of Barack Obama's presidency veterans homelessness increased (despite his pledge to end it), PBS misleads regarding Iraqi militias and much more

Starting with a report from last night's THE NEWHOUR (PBS -- link is video and transcript):

The militias existed.  They were barred from participating by Iraqi law.

But they existed -- and they usually terrorized local communities.

It just meant these thugs went in and became part of the Iraqi armed forces -- something that Hayder al-Abadi and the Parliament then illegally enforced.

In fact, why can't PBS point that out?

Without context, it's not news, it's just blather.

I also missed, in last night propaganda, the fact that the militias have threatened US forces.

Thursday morning.  More than enough time to make Thursday night of a 'news' broadcast by PBS.

And that wasn't the first threat to attack US troops made by Shi'ite militias.


We've discussed this topic repeatedly -- most recently in the November 30th snapshot, following militia leader Hadi al-Ameri's threat to US troops who did not leave Iraq.


Here is a new Iraqi paradox: whatever progress the Shi’ite Muslim-dominated Baghdad government makes against jihadi insurgents occupying large swathes of north-western Iraq, it is simultaneously undermining what is left of the Iraqi state, whose frailty and malfunctions created the environment in which jihadism was able to surge in the first place.
The dereliction of the Iraqi state was already powerfully illustrated by the takeover of one-third of Iraq, including the city of Mosul, by Islamic State (also known as ISIL or ISIS) in June 2014. Security forces proved rotten to the core despite a decade of training and expansion. Local Sunni Arab elites were revealed to have turned their backs on their constituencies in favor of a corrupt, corrosive relationship with authorities in Baghdad. Power struggles in the capital often deteriorated into sectarian fear-mongering.
Since June, matters have got worse, particularly in the current battle for the Sunni-populated town of Tikrit, where much of the fighting is by Shi’ite militias under the guidance of Iranian Revolutionary Guard commanders. Though Iraqi elites and foreign officials alike have signaled they understand the gravity of such shortcomings, they have done little beyond professing intent to shore up the military, re-empower Sunni Arabs through local governance and provision of security and launch an inclusive political process in the capital.
At the same time, the new prime minister, Haider al-Abadi, has been all but sidelined by the massive expansion, multiplication and professionalization of so-called “popular mobilization” groups (Hashid al-Shaabi) – in effect Shi’ite militias – that enjoy considerable support in some segments of society and have taken the lead in the single-minded pursuit of defeating Islamic State by military means.
This decentralized fight has reduced the army to playing a bit role at best, which in turn has reduced the role of the prime minister, its commander in chief. In the vacuum, these militias operate beyond the control of the state, erode its credibility and cannibalize its resources. Their victories — in Tikrit and elsewhere — most likely will further entrench and normalize their role at the state’s expense, which would mark a decisive turn away from the state-building process meant to be ushered in by the 2003 U.S. invasion.
Abadi professes a reform agenda, but he has not been empowered to deliver on it. On one side, he derives little power from control over national security institutions that have been thoroughly discredited; the interior and national security ministries, in particular, are in the hands of political rivals and essentially serve as the militias’ logistical backbone. On the other, he faces open resistance in parliament, especially from Iran-backed hardline Shi’ite factions, to efforts to reach out to Sunni Arabs and return them to politics.
The risk is that, as the balance of forces tilts further to the militias’ advantage, they will have the power to decide what happens during and after military operations. There have been troubling signs that, calls for restraint notwithstanding, they have engaged in the same brutal, sectarian-based practices as their Islamic State adversaries, including summary executions and population displacement in mixed Sunni-Shi’ite areas.
Moreover, there is danger the aftermath of battle might include reprisals against local elements under the banner of transitional justice, targeting anyone thought to be associated with Islamic State, reminiscent of de-Baathification after 2003. Without local institutions or acknowledged leaders to govern Sunni Arab areas, militias could end up having to promote local proxies lacking legitimacy. This would be especially damaging for the process of appointing and recruiting local police.


2015 is the same year that Michael Weiss and Michael Pregent (FOREIGN POLICY) observed:

Chairman of the Joint Chiefs Martin Dempsey told Congress on March 3: “What we are watching carefully is whether the militias — they call themselves the popular mobilization forces — whether when they recapture lost territory, whether they engage in acts of retribution and ethnic cleansing.” He needn’t watch any longer. They are engaging in exactly that.
The crimes of war
On March 10, the United Nations Office of the High Commissioner for Human Rights (OHCHR) released a comprehensive study of human rights violations committed by both IS and pro-Iraqi forces. The Islamic State, OHCHR concluded, has likely committed genocide against the Yazidis, a ethno-religious minority in Iraq, in a catalogue of war crimes and crimes against humanity that include gang-rape and sexual slavery. But OHCHR’s language is equally unambiguous in condemning the other side on the battlefield: “Throughout the summer of 2014,” the report noted, “[PMUs], other volunteers and [Shiite] militia moved from their southern heartlands towards [Islamic State]-controlled areas in central and northern Iraq. While their military campaign against the group gained ground, the militias seem to operate with total impunity, leaving a trail of death and destruction in their wake.” [Italics added.]
Sunni villages in Amerli and Suleiman Bek, in the Salah ad-Din province, have been looted or destroyed by militiamen operating on the specious assumption that all inhabitants once ruled by IS must be IS sympathizers or collaborators. Human Rights Watch has also lately discovered that the “liberation” of Amerli last October — another PMU/Iranian-led endeavor, only this one abetted by U.S. airstrikes in the early stages — was characterized by wide-scale abuses including the looting and burning of homes and business of Sunni residents of villages surrounding Amerli. The apparent aim was ethnic cleansing.


And a year earlier, Tirana Hassan (FOREIGN POLICY) was documenting the ethnic cleansing taking place in the name of 'liberation':

There is mounting evidence that Iraq’s Shiite militias are using the fight against the Islamic State as cover for a campaign of sectarian violence targeting Sunni Arab communities. The Baghdad authorities have turned a blind eye to these militias’ crimes, while foreign governments have ignored the militias’ use of their military aid to pursue their campaign against Sunni Arabs. If the central Iraqi government doesn’t rein in Shiite militias and hold them and their commanders to account for their crimes — including war crimes — Iraq may enter even more terrible times.

I am unable to find the words to adequately describe the reckless stupidity of this decision. Jerusalem

The so-called 'resistance' ignored the issue to instead focus on whether Donald Trump was drunk or had bad dentures.

Expect them to continue to avoid the issue, Hillary's on record supporting this move going back to 1999.  In addition, her supporters support her on this as CNN noted in June 2016:


Sanders' backers want to exclude references to Jerusalem as belonging wholly to Israel, which Palestinians contest, and consider language that labels Israeli settlements in the West Bank "an occupation," a notion adamantly opposed by Clinton supporters who warn it would undermine the peace process. 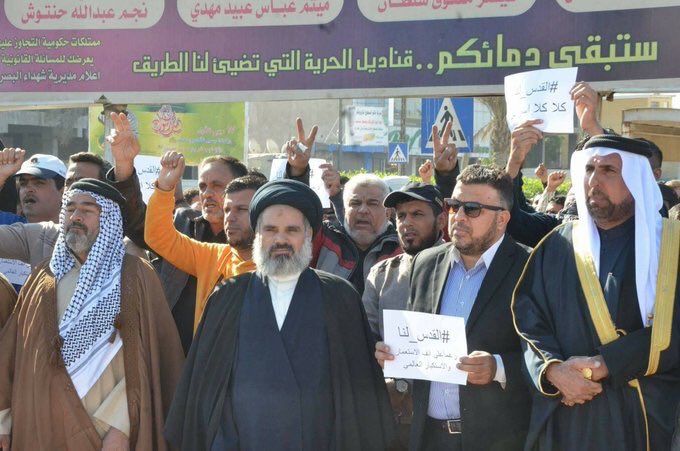 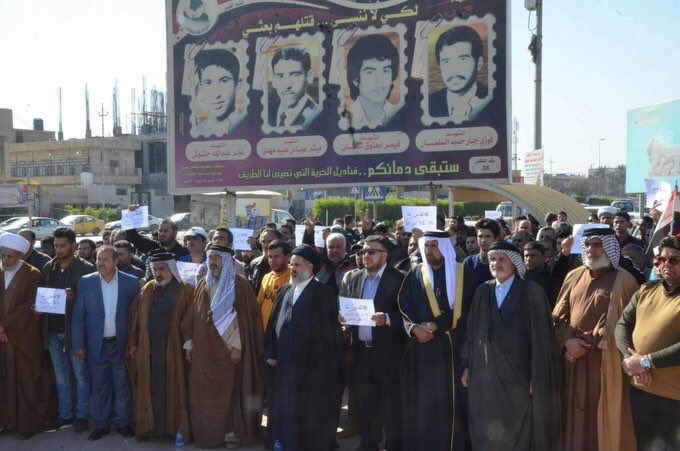 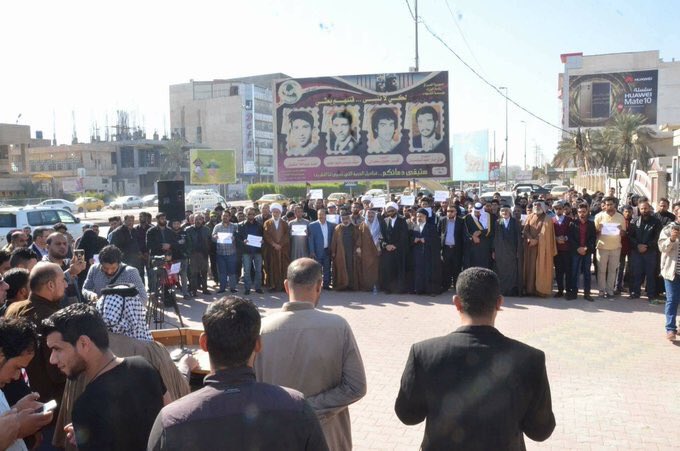 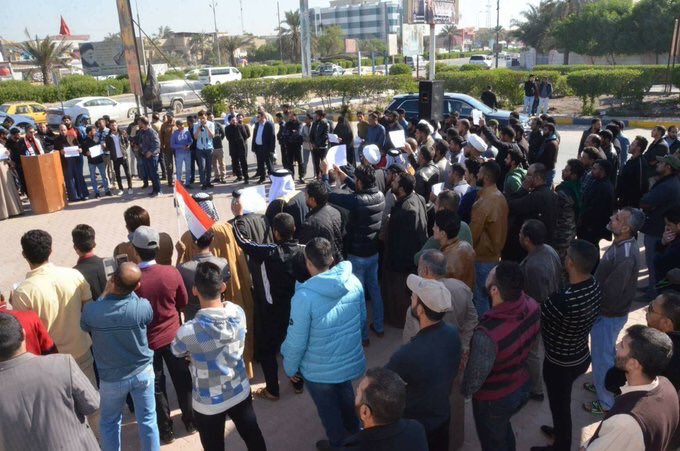 
Let's wind down with this from IAVA:


New York, NY (December 7, 2017) — This week, The Department of Housing and Urban Development (HUD) released an assessment of national homelessness that showed veteran homelessness increased by 1.5% between January 2016 and January 2017. According to the report, more than 40,000 veterans were experiencing homelessness. IAVA, the leading voice of the Post-9/11 generation of veterans, calls the increase in veterans homelessness a national shame. This is the first time since 2010 that veterans homelessness has increased, and IAVA calls on leaders in Washington to react quickly to reverse this unconscionable trend.
Especially shocking is that this crisis disproportionately affects women veterans. In the past year, women veterans homelessness increased by 7%, while male veteran homelessness rose by 1%, adding to the evidence that women veterans are not getting the services and support they need. In 2017 IAVA launched the groundbreaking She Who Borne The Battle Campaign to recognize and support women vets.
“IAVA is dedicated to ending veteran homelessness,” said Paul Rieckhoff, Founder and CEO of IAVA. “And our government must be dedicated as well. The White House, Congress and VA must continue to push for innovative solutions addressing veteran homelessness impacting changing populations. This is especially true for women veterans, who are more likely to experience homelessness. It is critical that the Department of Veterans Affairs and the housing community provide safe facilities for women that will address their specific needs. We were glad to see Secretary Shulkin withdraw a proposal that would have ended specific funding toward this critical program, which was strongly criticized by IAVA, allies and HUD. But there’s much more to be done, especially to support women veterans.”
In IAVA’s most recent Member Survey:
-23% of IAVA members did not have housing secured when they transitioned out of service.
-About 1% of IAVA members reported that they did not have a place to live and could not afford one at the time of taking the survey.
IAVA’s She Who Borne the Battle Campaign aims ensure that the service and support women veterans need is readily available to them — so that they never have to face homelessness or housing insecurity. The IAVA-backed Deborah Sampson Act will expand the services available to women veterans that may be at risk for homelessness or housing insecurity due to legal issues or financial insecurity.
Note to media: Email press@iava.org or call 212-982-9699 to speak with IAVA CEO and Founder Paul Rieckhoff or IAVA leadership.
Iraq and Afghanistan Veterans of America (www.IAVA.org) is the leading post-9/11 veteran empowerment organization (VEO) with the most diverse and rapidly growing membership in America. As a non-profit founded in 2004, IAVA’s mission is to connect, unite and empower post-9/11 veterans. Celebrating its 12th year anniversary, IAVA has connected more than 1.2 million veterans with resources and community, and provided more than 7,300 veterans with personalized support from IAVA’s Master’s level social workers.


And the following community sites -- plus THE GUARDIAN --  updated: