🇵🇸New Palestine Movement (NPM)‏ @NPMPParty 8h8 hours ago
The genocide that continues 2 happen in Gaza is downright pathetic! The Zionists kill anything that moves & treats us like animals caged in. We are human! We want 2 live a life free of the occupation! Free us from this madness! Help us! #FreeGaza #FreePalestine #Palestine #BDS

for all the awareness that has grown in my lifetime about the plight of the palestinians and how they live under siege, i'm also aware that hatred - open hatred - towards palestinains has increased.  for example ...

So about the moon and her sisters
How dare he take them prisoner
Well, if she had flung out her heart against him
Then in all of her wisdom
Oh, well that was a mystery
That was when the dream took her prisoner
And she knew the dream was over
But the nightmare was not over
Somewhere in her ancient ways
She walks through the night
And then she tries to get through the day
Some will never know
Or share any kind of dream

Some might argue that it's finally over but as Stevie Nicks sings, "The nightmare is not over."

Because one thing has finally concluded, it does not mean that the next step is nearly complete.  The recounts.  Iraq completed the recounts and finally released the totals.  If you've forgotten, the US was among those having a hissy fit over the results of the May 12th election.  Also having fits?  The sore losers.

May 12th, Iraq held parliamentary elections.  May 12th.  And the hissy fits and foot stamping and crying has been going on ever since from sore losers.  For three months, forming a government had to be put off.  And what were the new results?

The manual recount of votes cast in Iraq's May elections has been completed, with cleric Muqtada al-Sadr's alliance retaining all 54 of the seats it won.
With Sadr's Sairoon Alliance confirmed as winners of the legistlative election, a government can now be formed, almost three months after the polls.
Allegations of fraud prompted the recount, but the only change that came from it was an extra seat for the Conquest Alliance of pro-Iranian former paramilitary fighters, which remains in second place. There are 329 seats in Iraq's Council of Representatives. 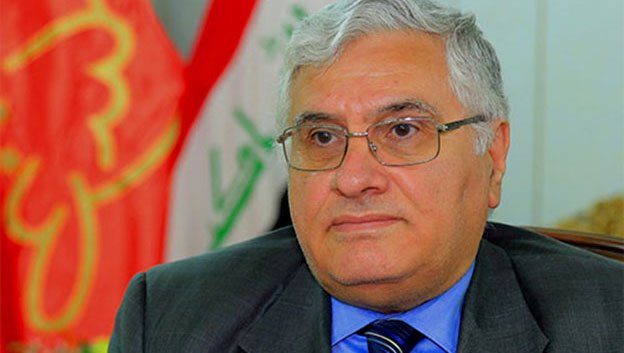 
Three months wasted.  No real change in the votes.  Hayder al-Abadi remains a loser.  A choice that the Iraqi people didn't not want imposed upon them again.  Second place?  That's a rejection.  Third place for a sitting prime minister?  That's "get your ass out of the country."  It's a message the low turnout also sent.

SRSG Kubiš to #UNSC: The historic low voter turnout witnessed during the 12 May parliamentary elections (some 60% of eligible voters did not participate) had already delivered a strong message of dissatisfaction with the current state of management of public affairs. 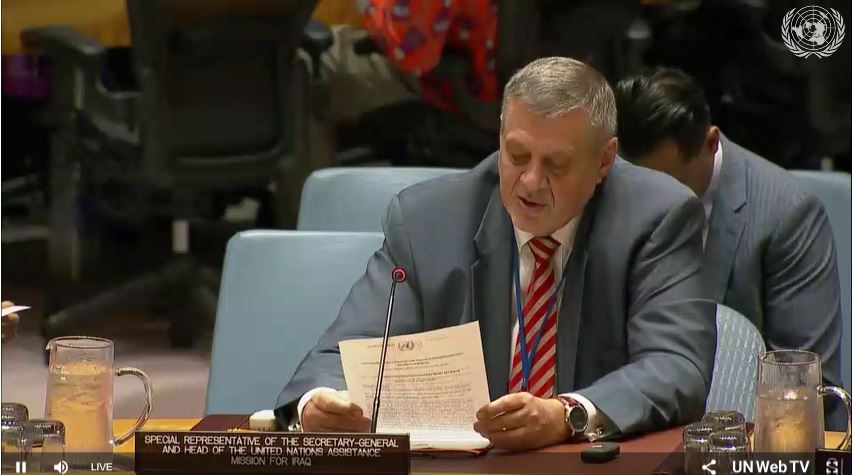 
Still Brett McGurk, the US special envoy, has spent time in Baghdad and Erbil trying to sell (impose) Hayder for a second term.  He bribed and bought a second term for Nouri al-Maliki in 2010.

In the long ago past, before Brett's receding hairline or the increasing bald spot at the back of his head, On The Make McGurk could fly a little lower on the radar.  These days, people just aren't interested in protecting his efforts.

So when his efforts to get the September elections in the KRG postponed come to light and he tries to distort reality, people push back.

Replying to @brett_mcgurk
You might not have said “postpone the elections” but you’re indirectly saying so. “Taking into circumstances in the Region and Iraq.” That means postpone. Kurdish democracy needs to be taken seriously and cannot be sacrificed for Iraq’s false processes/elections.
0 replies5 retweets37 likes


As the MSNBC hypocrites and their fan base continue to scream 'meddling by a foreign country!' over the 2016 elections, it's really amazing that the US government is yet again attempting to impose a prime minister on Iraq and dictate a host of other issues.

The Iraqi people rejected Nouri al-Maliki and that didn't matter to the US government.  Barack Obama just dispatched Brett to help negotiate a legal contract (The Erbil Agreement) that went around the Iraqi people, nullified their votes and gave Nouri a second term.

The US government hopes it can do something similar today with the hated Hayder.

Why is he so despised?

For oh, so many reason.

Nineveh’s farmers say for them time is running out. In interviews, a dozen farmers and grain traders said government wheat production forecasts for 2018 were hopelessly optimistic. Some farmers said they were considering leaving the land. Others have joined local militias to get a regular wage.
“If farmers are pushed to look for another way of life, all the choices will basically be bad, whether it is smuggling, turning to extremism and militancy or migration,” said Fadel al-Zubi, the Iraq representative of the United Nations Food and Agriculture Organization (FAO), based in Baghdad.
Drought could be mitigated by irrigation but, critics say, Iraq’s political leaders are too consumed by infighting to pay attention to the needs of farmers in places like Nineveh. Zainab al-Taaey, a member of the outgoing parliament’s Committee on Agriculture, Water and Resources, said the Ministry of Water Resources was not doing enough to tackle water shortages. The ministry responded that it was working to clean up the water supply in Nineveh and dig wells to help farmers.


And it's not just crops.


And it's not just crops and livestock that are suffering.

Right now, in Basra, the temperature is 115 degrees Fahrenheit.

And along with water shortages?  There are the electricity shortages.  The people are suffering.  Government corruption and inaction has ensured that.  There's also the issue of the lack of jobs.  All of this and more has prompted ongoing protests which are now over a month old and at least 14 protesters have been killed since Hayder decided the way to address concerns was to turn the Iraqi military loose on the Iraqi people.


New protests witnessed in #Baghdad, other provinces across #Iraq iraq.trendolizer.com/2018/08/new-pr…

Protesters in provinces such as #Basra, Dhi Qar, #Najaf, al-#Diwaniyah, #Karbala, #Babil, and #Baghdad, turned Friday into a day of demonstrations in front of government buildings:
0 replies5 retweets2 likes

The needs of the people of Iraq are being ignored by their so-called representatives.  And that's pretty much the story around the world.  It's certainly the story in the United States where the American people's needs go unmet.  There's no money for this or that program, politicians repeatedly insist.  But, ever notice, there's always money for war.  Dave Lindorff (COUNTERPUNCH) explains:

Democrats in the US Senate showed themselves to be just another war party this week, with 40 of their number out of 47 voting to pass a record $717-billion military budget for FY 2019. Only seven Democrats (Elizabeth Warren and Ed Markey, D-MA, Ron Wyden and Jeff Merkley, D-OR, Kamala Harris, D-CA, Dick Durbin, D-IL, and Kirstin Gillibrand, D-NY) and independent Bernie Sanders, who caucuses with the Democratic Party, voted against the bill (Sen. Angus King, an independent from Maine who also caucuses with the Democrats, neutralized Sanders’ vote by voting for the measure).
For those who may have hoped that perhaps the growing number of self-described “democratic socialist” candidartes running for seats in Congress might call out this war-mongering by the Democratic Party establishment, there was just silence.
Sen. Sanders, to be sure, said he would vote against the bill, but he didn’t say he was doing that because he thought it was an outrageous amount of money to spend on war and preparations for war. In fact, he prefaced his opposition by saying, “I support a strong US military.” Rather, as he always does, Sanders decried the “waste, fraud and mismanagement” in the Pentagon budget, instead of the reality that virtually the entire budget, representing two-thirds of all federal discretionary spending, is a waste.

The sad truth is that when it comes to Democratic candidates running openly wearing a “democratic socialist” label, including Sanders, the standard-bearer for this newly popular identity, there is a sort of fraud being perpetrated on the public. Most such candidates, including Sanders, simply won’t talk about US imperialism, hegemonism and about the need to slash the grossly outsized US military budget, which surpasses the budgets of nations with the next ten largest militaries.