not mourning the real john mccain

john mccain is lying  i will not mourn the senator.  rachel e-mailed asking me if i ever had a sexual fantasy about mccain?

i find him disgusting on every level.


here are some tweets about the real john mccain:


In Iraq, the battles and fights continue.  KURDISTAN 24 reports:

The Iran-backed Hashd al-Shaabi and Iraqi army are kidnapping each other’s fighters due to disputes over the running of a checkpoint in one of the disputed areas between Erbil and Baghdad in Diyala Province.
Kurdistan 24 correspondent Haram Jaff said a faction within the Hashd al-Shaabi, also known as the Popular Mobilization Forces (PMF), recently kidnapped five Iraqi soldiers and the Iraqi army responded by arresting 10 PMF fighters in the Qaratapa subdistrict in Diyala.

Rahim Aziz, Head of the Qaratapa Subdistrict Council, revealed to Kurdistan 24 on Wednesday that there have been issues between the Iraqi army and the PMF’s al-Badr militias and confirmed that the Iraqi army and Shia militias have recently arrested people from either side.

The militias have been folded into the Iraqi military by Hayder al-Abadi, Iraq's prime minister since 2014.  The Iraqi military and the militias have clashed with one another before and, at some point, a leader will have to address this issue.  Hayder is probably not such a leader and not just because he came in third in the May 12th elections.  Those would be the same elections in which the militias came in second place.

First place went to the bloc led by Shi'ite cleric and movement leader Moqtada al-Sadr.  Moqtada has fans and foes.

Among his foes?  Someone Tweeting for IUSOM who argues a grand scheme exists to put Moqtada in place.  This was laid out yesterday afternoon in a series of Tweets -- most of which are now deleted.  Here's a sample of the Tweets:

IUSOM‏ @IUSOM 19h19 hours ago
Replying to @CBCAlerts
30/111- $400 million secretly airlifted to Iran by US: Will be used to impose Clergy Tyranny of Muqtada Al-Sadr on Iraqi Haves-Not
0 replies0 retweets0 likes

The US government has Hayder al-Abadi as their first choice for prime minister.  They misread all the conditions and signs and wrongly concluded that he would be the first choice of Iraqis when they went to the polls in May.  They previously backed thug Nouri al-Maliki, a decision that helped birth ISIS in Iraq.   NRT notes a report circulating in Saudi media about corrupt politicians in Iraq and Nouri's name pops up:

The report continued by saying that "sources close to the regulatory bodies confirmed that there is a list of wealthy politicians and Iraqi officials, which includes current Vice President of Iraq, State of Law Coalition leader, and Secretary General of the Islamic Dawa Party Nouri al-Maliki, who has $50 billion in cash and property.”


Nouri, for those who have forgotten, fled Iraq in 1979 and never returned until after the 2003 US-led invasion.  During his time outside of Iraq, he was most infamous for taking part in acts of terrorism.  In 2014, PBS' FRONTLINE worded it this way:


Maliki climbed the ranks quickly, rising to lead the Dawa branch in Damascus, an assignment that has fueled questions about what role — if any — he played in several high-profile attacks carried out by the group. In 1981, for example, Dawa operatives launched a suicide attack that killed 61 people at the Iraqi embassy in Beirut. Two years later, they struck the U.S. and French embassies in Kuwait.


This is who the US government installed in 2006 because the CIA felt Nouri's paranoia would make him easy to manipulate.


Only as the follow up to Nouri could Hayder al-Abadi be seen as 'better.'  Hayder has proven to be inept.  Though proclaiming (December 2017) that he had beaten ISIS, ISIS remains active in Iraq (and still controls small swaths of land in Anbar Province).  He has been inept in every way possible.  He's failed to fight corruption, he's failed to create jobs.  He's had four years of failure and yet feels he is the best choice to lead Iraq for four more years.


The residents of Basra kicked off the current protests a month ago and they are protesting the corruption, the lack of public services, the lack of jobs and a great deal more.


Basra is facing what looks like a health epidemic due to unsanitary water, International aid organizations should look into the hospitals in #Basra ,Iraq and assist in any shape possible. Thousands have had variation of stomach illness in the past few days, please help #sosbasra
1:09
2,791 views
26 replies295 retweets211 likes

H‏ @doctoriron 4h4 hours ago
To all the humanitarian agencies out there,to the outside world,save Basra,thousands of civilians are poisoned by the polluted toxic water,the situation is catastrophic. #sosbasra
1 reply7 retweets1 like

Hayder Al-Shakeri‏Verified account @HayderSH 6h6 hours ago
The problem of water in #Basra has been going out of control recently with mud water coming out of the tap. Main problem is due to corruption of local and central government in #Iraq. This video shows tap water from a hospital in the city.
0 replies10 retweets12 likes

We need your help ,what happening to more than 4 million of #Basra people is genocide by all means. Drinking water reaches unprecedented level of chemical and bacterial contamination. about 6000 case of severe diarrhea and vomiting are recorded in 1 week #sosbasra .
1 reply6 retweets2 likes

Susan‏ @Susansararose 4h4 hours ago
Running water supplied to us to drink is contaminated and hundreds of people are rushing to hospitals every moment. We have raised our voice and demonstrated but the government have done nothing.#basra #sosbasra.
1 reply7 retweets1 like 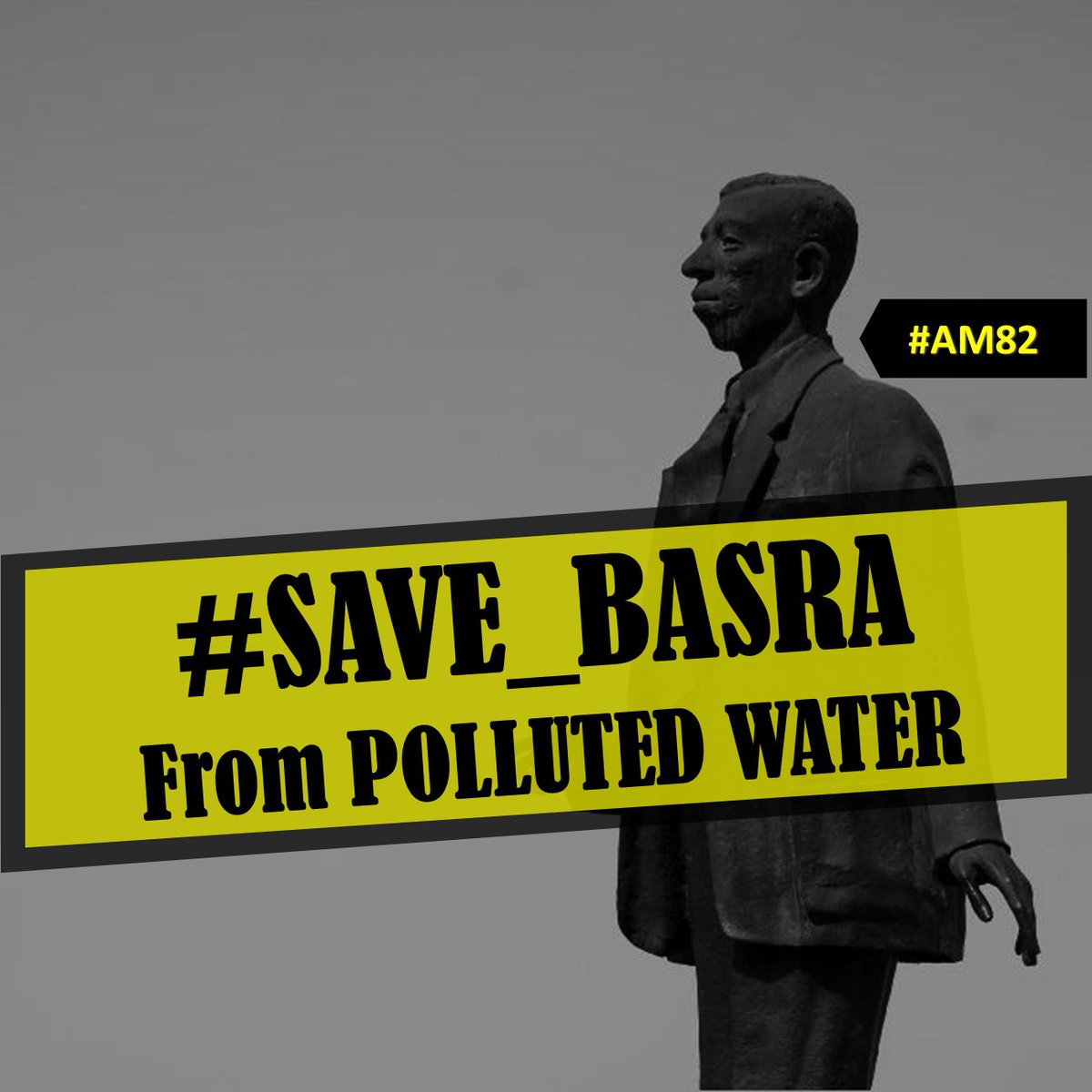 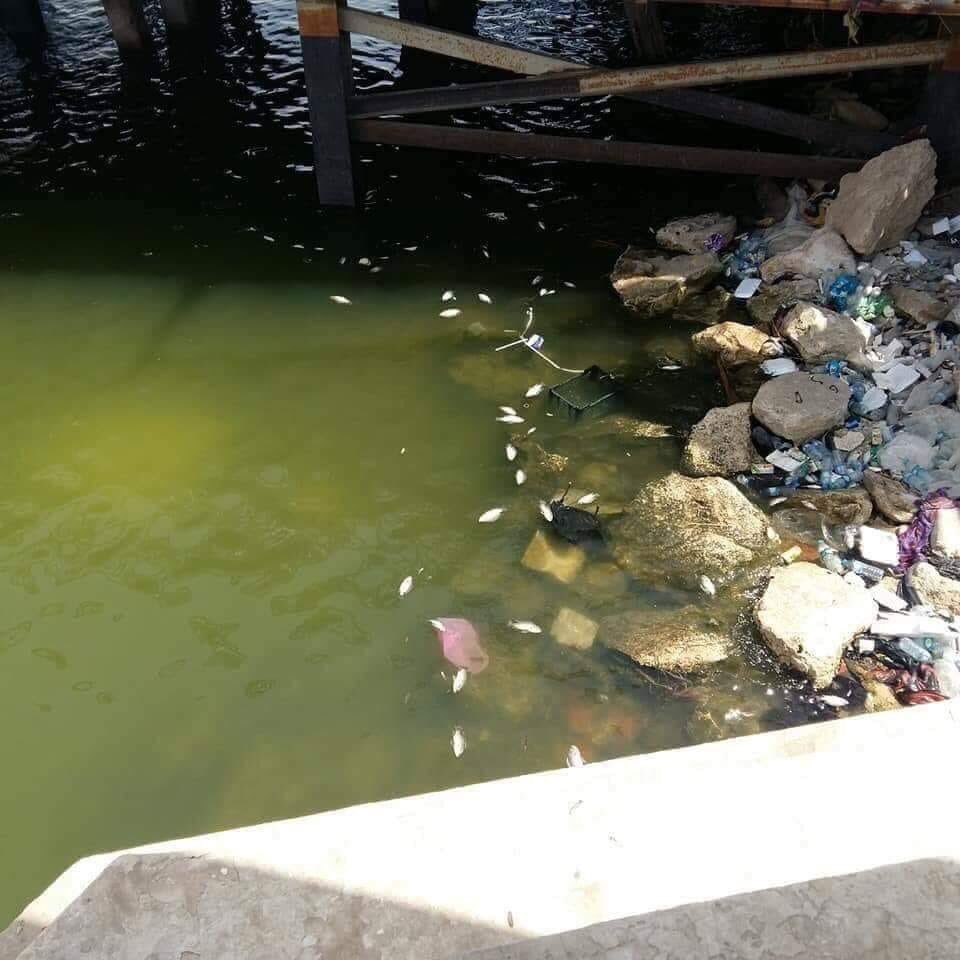 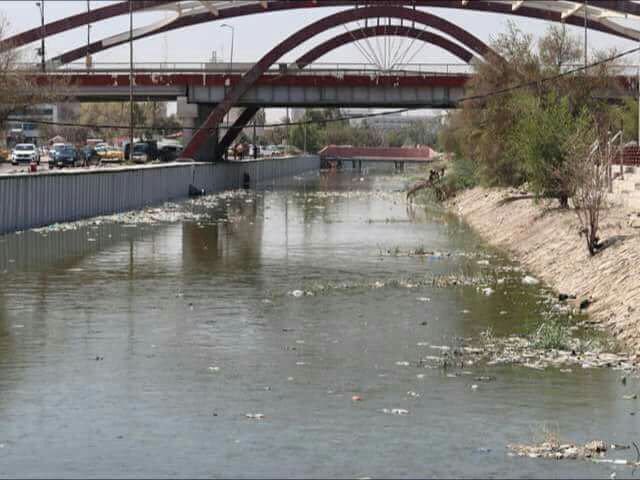 Mustafa al-Najafi‏ @MustafaNajafi 46m46 minutes ago
The Shi’a religious authority representative Sheikh al-Karbalai has criticized the government's neglect of the suffering of the people of Basra from the pollution of water and the lack of safe drinking water. He described the suffering as a "humanitarian crisis". pic.twitter.com/2Q3wFZIOcK 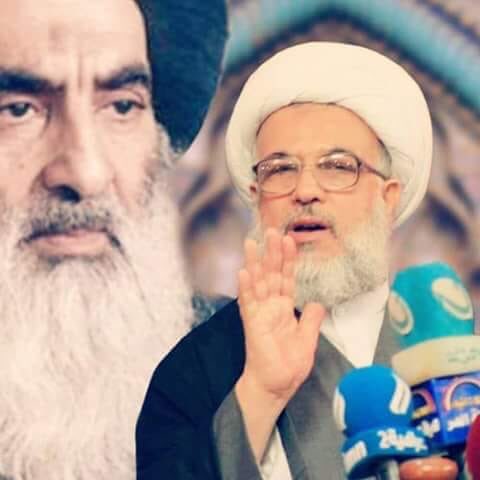 نور الخالدي‏ @Noor_Abbas89 2h2 hours ago
#sosbasra To the organizations of the international community،If people do not care about you at least save Basra؛in order to guarantee the rights of the animals،Percentage of chemical contamination in water 100% bacterial contamination 50% Chlorine 0% more than 4,000 Infected

🇮🇶Tony  🇮🇶‏ @iq_tn94 2h2 hours ago
#Basra is one of #Iraq cites, Basra have no clean water to drink and this causes more than 4000 poison cases without any medical treatments. #sosbasra
0 replies4 retweets1 like 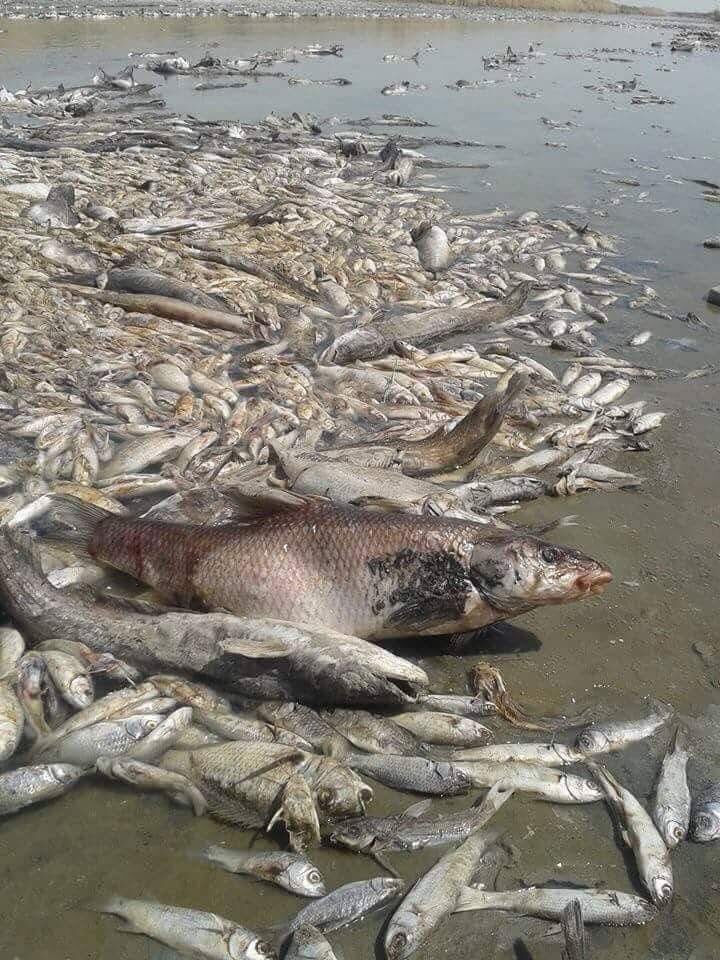 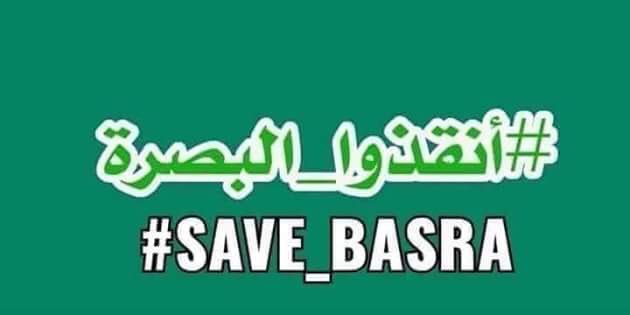 Tom Shiflet‏ @TomShiflet 11h11 hours ago
Replying to @TomShiflet @thestevennabil
Short term, they need clean water. It's the most urgent but the easiest need to fill. But the scale is huge in Basra. We helped get water to the middle of the desert outside Fallujah in 2016 for 80,000 people and that was a huge undertaking. You can't truck in water for 6mil ppl.
0 replies3 retweets8 likes

Amal Al-Jubouri‏ @mimifofo67 16h16 hours ago
#انقذوا_البصرة Appeal from all civilians living in Basra city: Up to date, more than 6000 civilians are poisoned with the polluted water in Basra. In addition to the horrifying conditions of daily life and... facebook.com/eastwestalmasa…
0 replies14 retweets20 likes

ِِزِيينب‏ @altimemezainab0 16h16 hours ago
Basra our population is estimated at ( 5 million people )We face genocide We lack the most basic elements of life, but the water is good for drinking has reached the state of poisoning to us until this time 4000 thousand On the other hand, cancer kills us and implants its ....
1 reply21 retweets7 likes

Iraq’s southernmost city of Basra this summer is witnessing some of the hottest temperatures on record against the backdrop of 10-hour power cuts and rising unemployment. Less than a year after Baghdad declared victory over the Sunni extremist group Islamic State, residents of this oil-rich region have shifted their ire toward their own ruling Shiite factions.
Protesters in recent weeks have attempted to block the gates of key oil fields and burned tires to close the main roads in an attempt to bring the authorities to attention.
[. . .]
Their longstanding demands are for the government to provide basic services — electricity and clean drinking water — and jobs for the unemployed. They have also called for an overhaul of Iraq’s governing system of sectarian quotas, demanded corrupt officials be referred to the judiciary, and denounced Iranian and American influence over Iraqi decision-making.


The Iraqis suffer but grasp that the whole world suffers with never-ending war.  Let's close with this from Stacy Bannerman (BLACK AGENDA REPORT):


How do you clear a room of climate activists? Start talking about war. It’s not just environmentalists that leave. It’s pretty much everyone. Mission accomplished by the Bush administration, which sent the military and their families to war and the rest of the country to an amusement park.
The military-civilian divide has been called an "epidemic of disconnection." But the biosphere doesn’t see uniforms, and the environmental devastation caused by bombs, burn pits and depleted uranium cannot be contained to a combat zone. We haven’t counted the massive carbon footprint of America’s endless wars because military emissions abroad have a blanket exemption from both national reporting requirementsand the United Nations Framework Convention on Climate Change .There will be no exemptions in the coming climate collapse. We’ve all got skin in the war game now.
The cost of America’s post-9/11 wars is approaching $6 trillion, and the price tag will continue to climb right along with sea levels, temperatures, atmospheric CO2, and methane, a potent greenhouse gas. We can look forward to an escalation in global food insecurity, climate refugees, and the release of long-dormant, potentially lethal bacteria and viruses. Research published in the journal Pediatrics in May 2018 revealed that "children are estimated to bear 88 [percent] of the burden of disease related to climate change." Nevertheless, public health agencies don’t discuss what war costs our climate when they discuss what climate change will cost our children.
“We haven’t counted the massive carbon footprint of America’s endless wars because military emissions abroad have a blanket exemption from reporting requirements.”
Religious communities are mobilizing on behalf of the healing and protection of the planet. But with few exceptions, such as Martin Luther King’s Poor People’s Campaign resurrected by a trio of ministers, the topic of America’s literal war on the world is still off the table.Although Pope Francis knows creation is God’s cathedral, he spent only a handful of words on the ecology of war in the beautifully rendered "Laudato Si: On Care For Our Common Home ." And the big environmental organizations seem to have agreed that the U.S. military is the entity we won’t talk about when we talk about the biggest contributors to climate change.
The Pentagon uses more petroleum per day than the aggregateconsumption of 175 countries (out of 210 in the world)and generates more than 70 percent of total United States greenhouse gas emissions, based on rankings in the CIA World Factbook. "The U.S. Air Force burns through 2.4 billion gallons of jet fuel a year, all of it derived from oil," reported an article in Scientific American. Since the start of the post-9/11 wars, U.S. military fuel consumption has averaged about 144 million barrels annually. That figure doesn’t include fuel used by coalition forces, military contractors, or the massive amount of fossil fuels burned in weapons manufacturing.

According to Steve Kretzmann, director of Oil Change International, "The Iraq war was responsible for at least 141 million metric tons of carbon dioxide equivalent (MMTCO2e) from March 2003 through December 2007." That’s more CO2e than 60 percent of all countries, and those figures are only from the first four years. We downsized the war in December 2011, but still haven’t left, so the U.S. invasion and 15 years of occupation likely has generated upward of 400 million metric tons of CO2e to date. The money misspent on that war—a war for oil, let’s not forget—could have purchased the planetary conversion to renewable energy. Just sit with that for a moment. Then stand up and get back to work, please.