so pbs was in the tank for hillary too?

must be nice to be a candidate that 'news' people cover for.

must be nice to be a candidate that the press leaks debate questions to.

must be nice to be a candidate that the justice dept. leaks details to - details of her own criminal investigation.

here's the question though:

how lousy is hillary clinton?

with all these breaks, she's still not able to pull out a huge win?

the polls have them both within margin of error.

Friday, November 4, 2016.  Chaos and violence continue, tensions between Iraq and Turkey continue, Barack Obama claims all US troops were pulled out of Iraq and Afghanistan, and much more.

Speaking in Jacksonville, Florida on Thursday, President Obama repeated something he's said elsewhere on the campaign trail: "We've brought our men and women home from Iraq and Afghanistan."


Well, damn, someone forgot to tell the US military.

Two US service members were killed and two more injured in Afghanistan.

And Corey Dickstein (STARS & STRIPES) reports, "A unit of Fort Bragg soldiers will deploy this winter to continue the U.S.-led mission to train that nation’s security forces as they fight the Islamic State group, the Army announced Thursday.":


"We've brought our men and women home from Iraq and Afghanistan."

You have failed, yet again.

Golden opportunities are handed to you and yet you fail.

You told the American people -- with weasel words, yes -- that if you were elected president in 2008, you'd end the Iraq War.

You are a liar.

As you fly around the country, let's see what else your pampered ass forgot.

But let's look at veterans.

Despite a promise to end veteran homelessness by 2015, the announced Monday it is nearly halfway to that goal.
[. . .]
White House spokesman Eric Schultz acknowledged that did not meet his goal, but he also “knew it was ambitious.” Schultz said Obama remains proud of the progress made.

Maybe if he'd take his pampered puss back to DC -- where he belongs -- and get off the campaign trail, he could work towards completing that promise?

He's not running for re-election.

Why are the American people footing the bills for Barack to campaign for Hillary?

Not only is he not in DC where he belongs, we are paying the bills for Secret Service agents to protect him at one crowded even after another.

We, the American tax payers, are footing those bills.

Not the Clinton campaign.

They're not paying the costs.

Barack has crossed the line repeatedly with remarks about the Republican candidate.

His ass needs to go back to DC and the Clinton campaign needs to publicly pay for the cost of protecting Barack at these rallies and on the road while he has campaigned for Hillary. 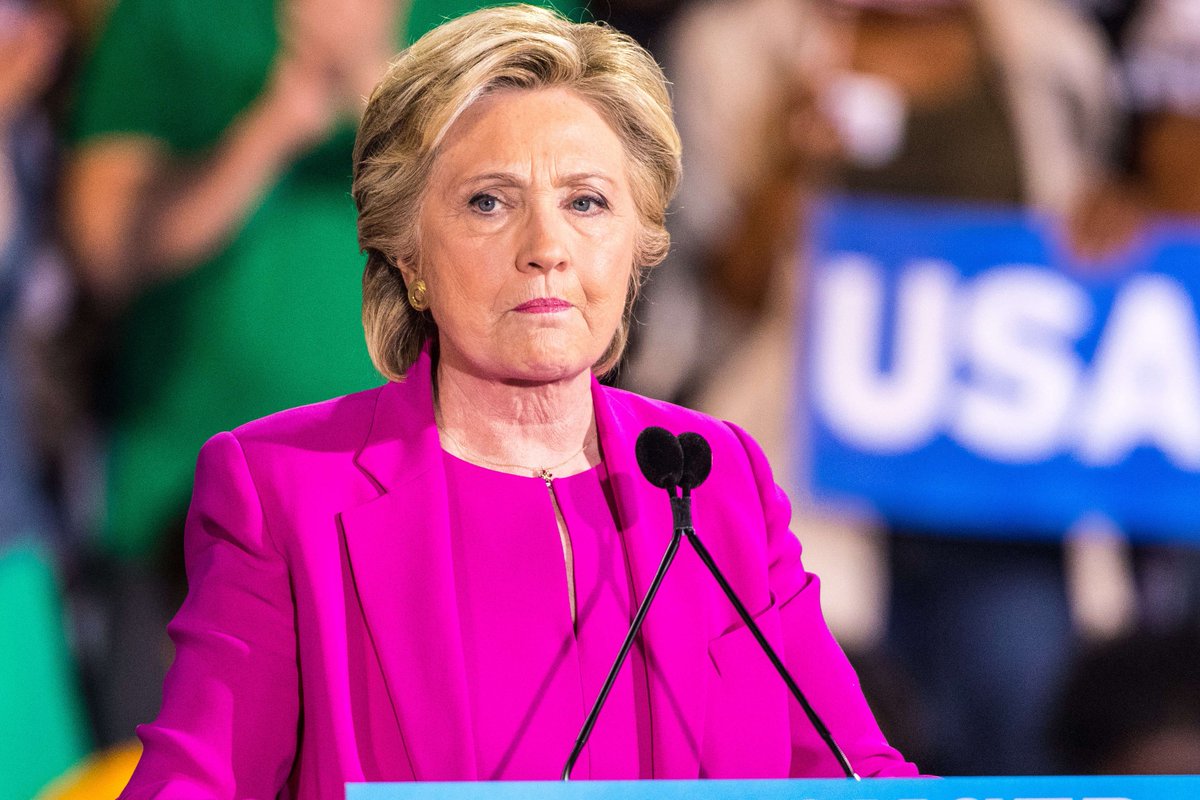 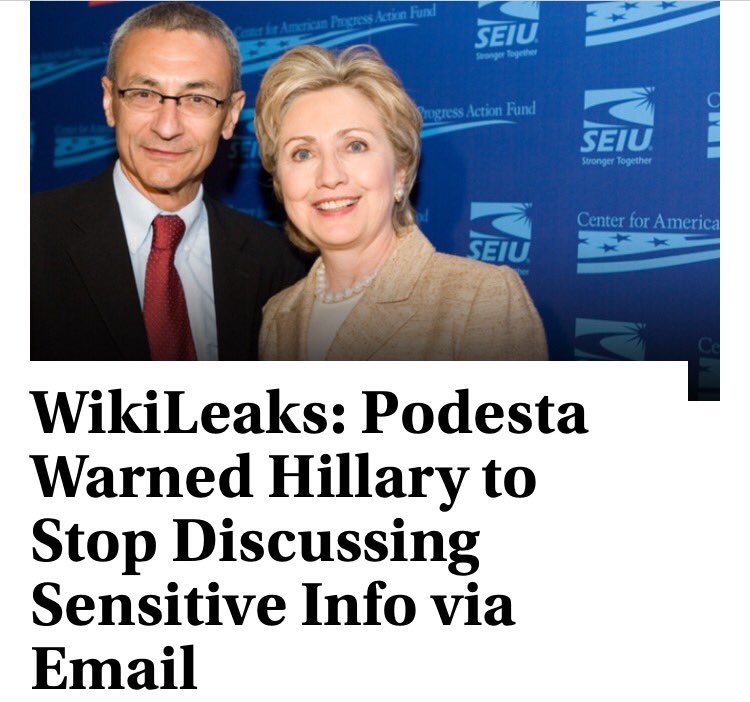 I love THE GUARDIAN's latest garbage.

The FBI, the rag insists, is being partisan.

And then they explain that FBI agents were outraged that Hillary faced on consequences for her e-mail violations.

That's being outraged by injustice.

And it's the same outrage that the majority of Americans expressed when the decision was announced.


Meanwhile Brett McGurk is just one of  the many cheating men Hillary has supported over the years.  She loves a bad boy.  What that would mean for US foreign policy remains to be seen.  Brett's now Barack's Special Envoy.


21 or so days later and they're finally entering (eastern) Mosul.

If the Iraqi military were made up of toddlers, we'd all be applauding their newly learned ability to walk.

But they're not toddlers.

And 21 days or so later and they still haven't liberated Mosul.


QUESTION: On October 22nd, on the outskirts of Mosul in Iraq, there was a coalition strike, which killed eight civilians according to a family member of the deceased. The coalition confirmed the strikes – the strike and they said that they’re investigating the casualties. I heard you – Mr. Kirby say, I remember, one civilian casualty is too many. Is it the policy – is it the U.S. policy or is it something you say?

QUESTION: One too many.

QUESTION: When you say one civilian casualty is too --

MR TONER: Not at all. I mean, it’s not something we simply say. Let me clarify that. We take any civilian – let’s put it this way – any credible allegation of civilian casualties very seriously, and we investigate it thoroughly. That’s, again, the Department of Defense, and frankly, we hold that standard up to any other military in the world in terms of both following up on any credible allegation of a casualty or civilian casualty event and taking appropriate action with respect to consequences.


QUESTION: There is evidence that the civilian casualties are happening. So when you say, “one is too many,” do I understand it too literally? Should I not --


MR TONER: Again, recognizing – so two points to make here: One is that whenever we carry out a military strike, whether it’s part of the coalition or not, we take every effort and take every precaution to avoid civilian casualties, to the point where we will choose sometimes not to take strikes against known enemy targets because it puts civilians at risk. We’re pretty scrupulous about that.
That said, this is kinetic warfare, and sometimes accidents may happen. And when they do and there are credible reports of civilian casualties, we investigate those reports very thoroughly. And in fact, I mean, I think Kirby spoke to this yesterday at the Foreign Press Center, but we have a number of events, allegations – credible allegations of civilian casualty incidents that we’ve investigated and reported on and even posted the findings on Department of Defense website.


QUESTION: Well, the U.S. argument against Russia’s actions in eastern Aleppo was that the fight against terrorists there was not worth the civilian casualties, not like that in Mosul. Do you think it’s worth it? I mean, there is evidence that they’re happening. And my understanding is that the operations are at their beginning. So it’s just --


MR TONER: So – and I would make this clarification. What we have seen – and I think we’ve talked about this a fair amount last week – what we have seen in around Aleppo are indiscriminate attacks against civilian populations, civilian infrastructure, hospitals, schools, civilian targets that raise questions whether these are deliberate targets.
With regard to our operations in and around Mosul, of course we’ll investigate and look into any credible allegation of civilian causalities. And I’m not sure what the status of this particular event that you’ve raised is, but if it’s a credible allegation we will investigate it. We don’t see the same on the Russian side, and certainly not on the Syrian regime side.

QUESTION: Do you really believe that Russia is deliberately targeting civilians there? So you don’t believe when they say that they are targeting al-Nusrah in eastern Aleppo?


MR TONER: Again, when we look at the evidence that we’ve seen on the ground, it can only lead to the conclusion that civilians were being deliberately targeted in some of these actions in an effort to intimidate – I don't know – I mean, you tell me what the motivation is behind it, but perhaps in an effort to drive out the civilians from Aleppo in order to eventually take the city. Again, that’s not what you’re seeing in and around Aleppo – or in and around Mosul, not at all.
But I can never say in an operation, a military operation, that civilians won’t get hurt, injured, or killed. But what I can say is that we make every effort, as part of the anti-Daesh coalition and as a leader in that, to avoid civilian causalities.

Here's how you know it's true.

The DoD releases info each day on the bombs dropped . . .

except when there are known civilian deaths.

Then they wait a few hours or, sometimes, never release any information at all that day.

DoD has yet to release anything this morning on the bombs dropped.

Mosul is only one problem for Iraq these days.

Tensions between the Baghdad-based government in Iraq and the Turkish government continue to rise.

Sadegh GhorbaniVerified account ‏@GhorbaniSadegh  Nov 1
#Breaking: #Iraq PM Al-Abadi: we're not after war, but if #Turkey wants that, we are ready for.


And backing up the prime minister of Iraq?  The Shi'ite militias. 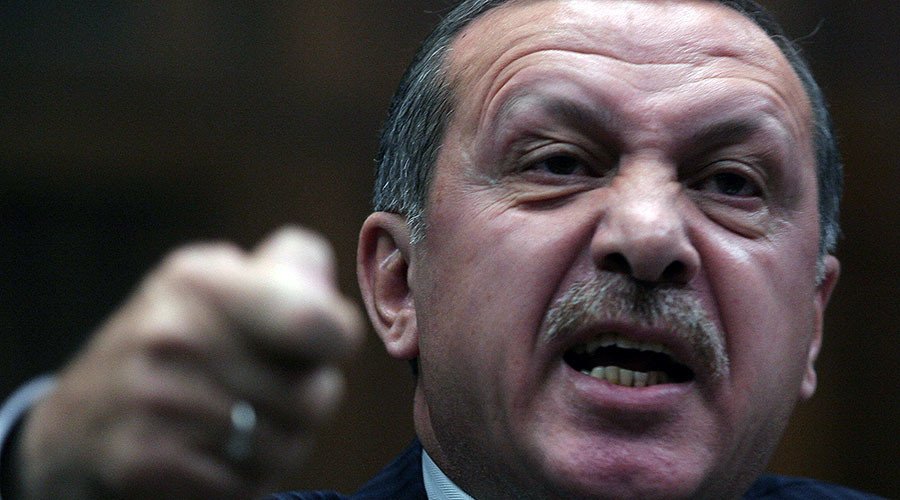 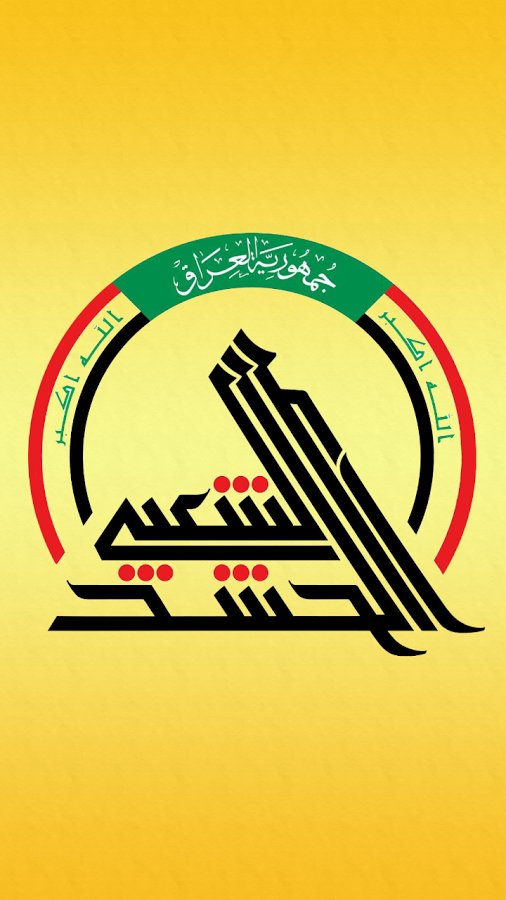 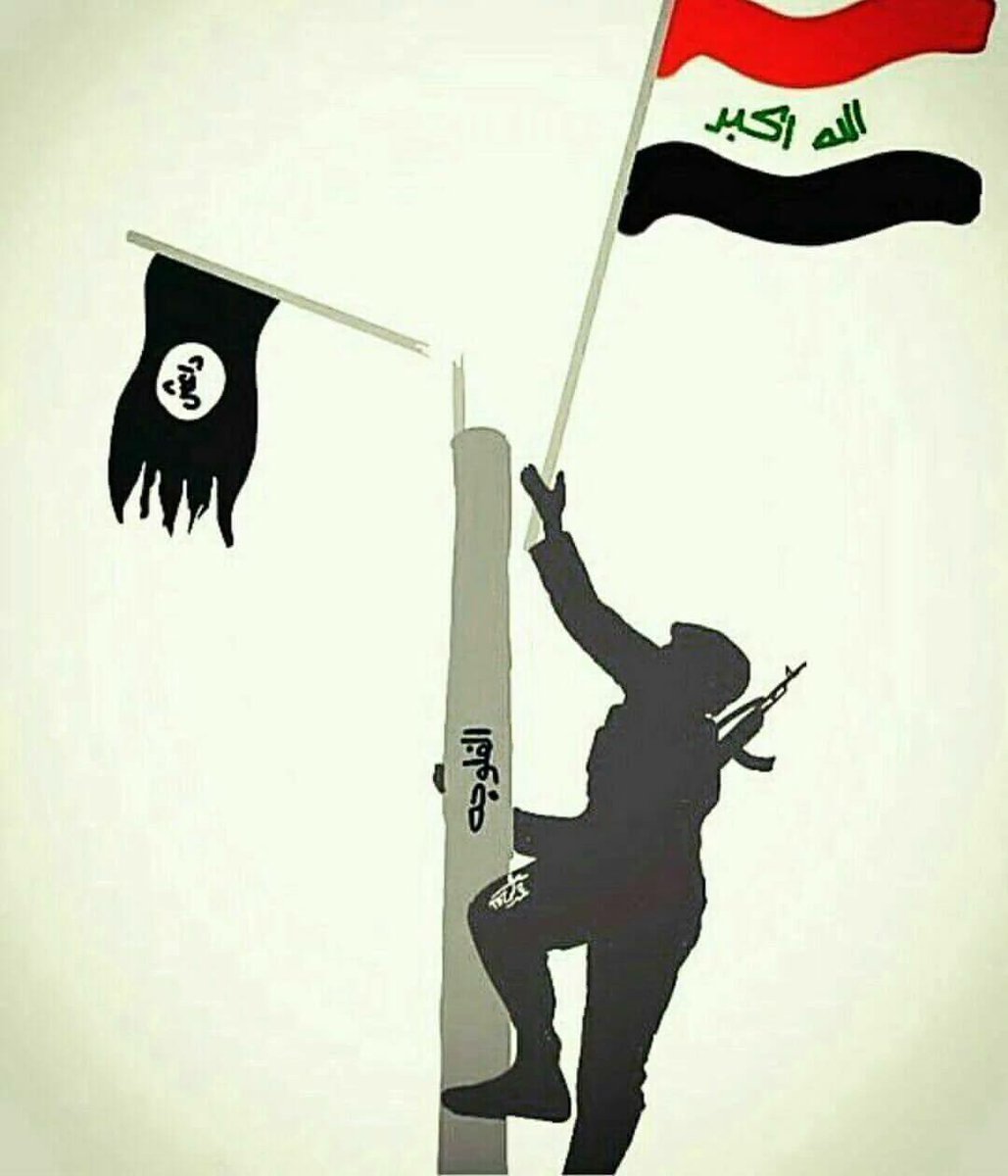 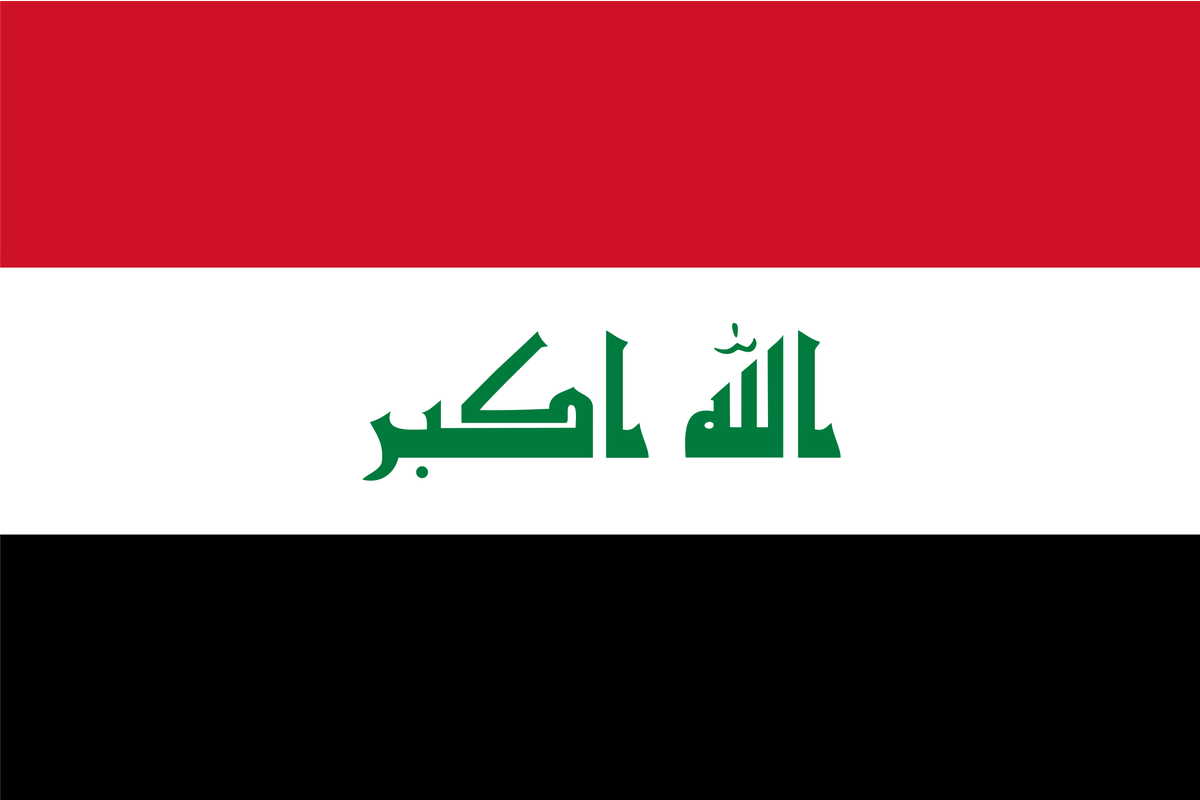