a few names are regulars of the list, a few are new.

but here's my top ten. 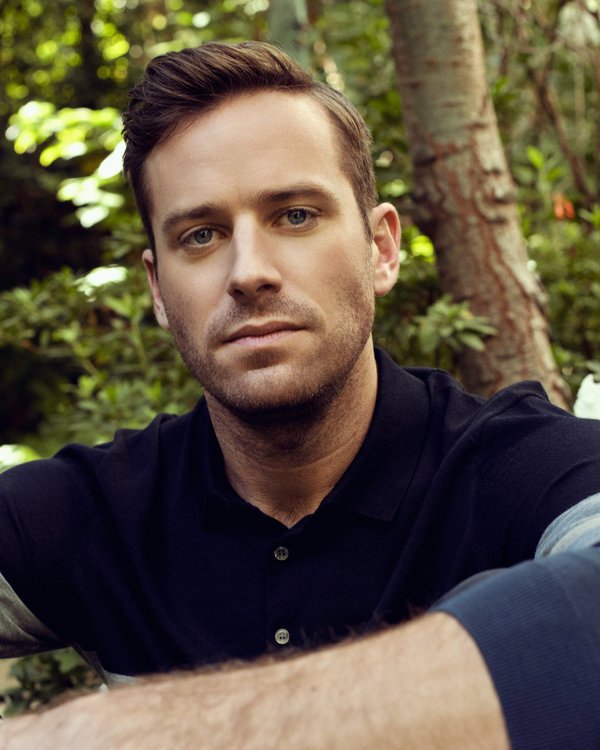 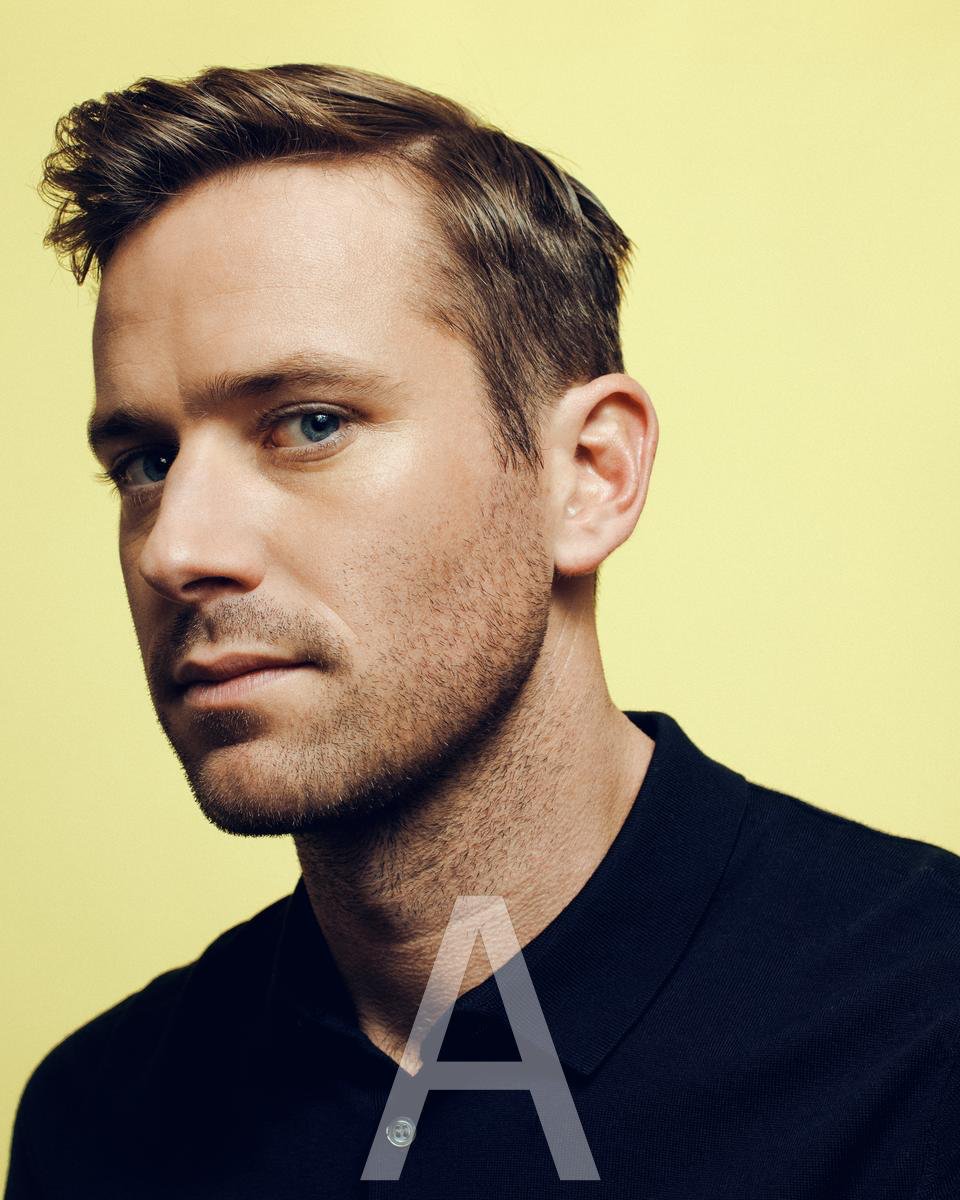 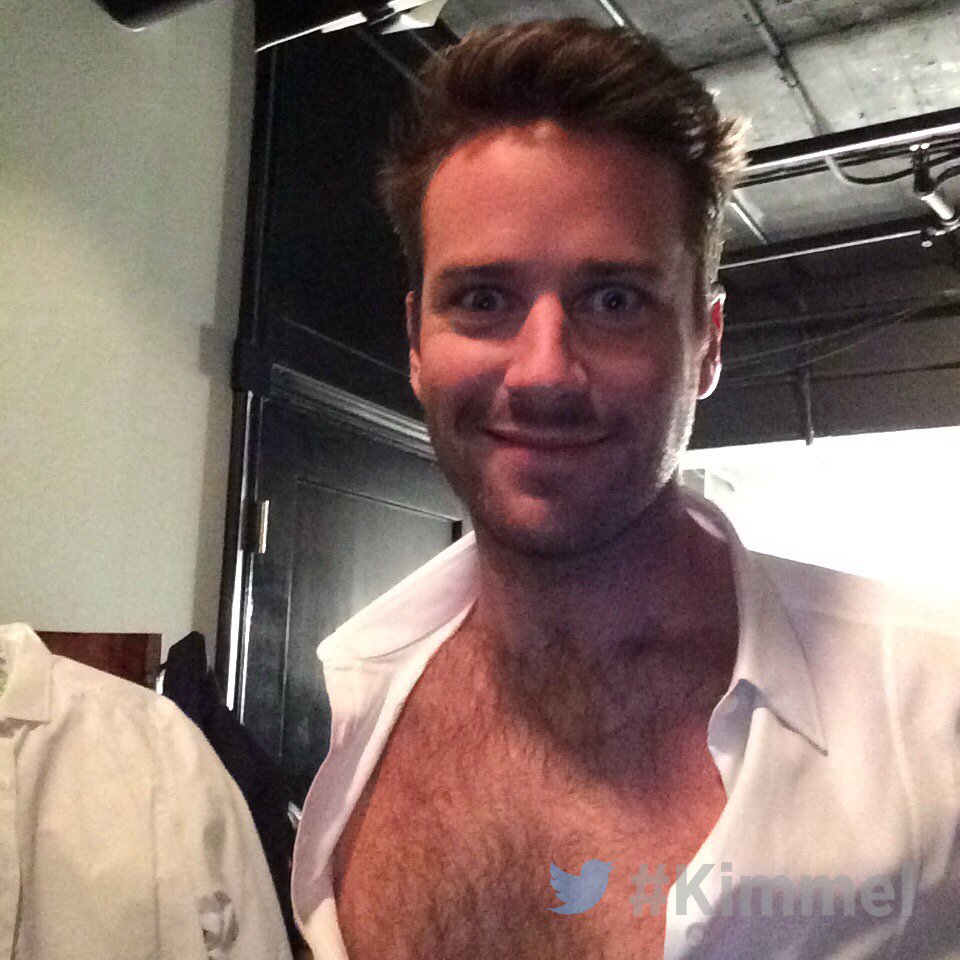 henry cavill and armie hammer in the same picture, excuse me while i collapse

'the man from uncle' just gets better with each viewing.  no lie.  not big into superman so this is the 1st time i ever took henry seriously in a film.  he needs to be cast in more films that aren't comic book 1s.  in fact, how about trying him as a lead in a romantic comedy. 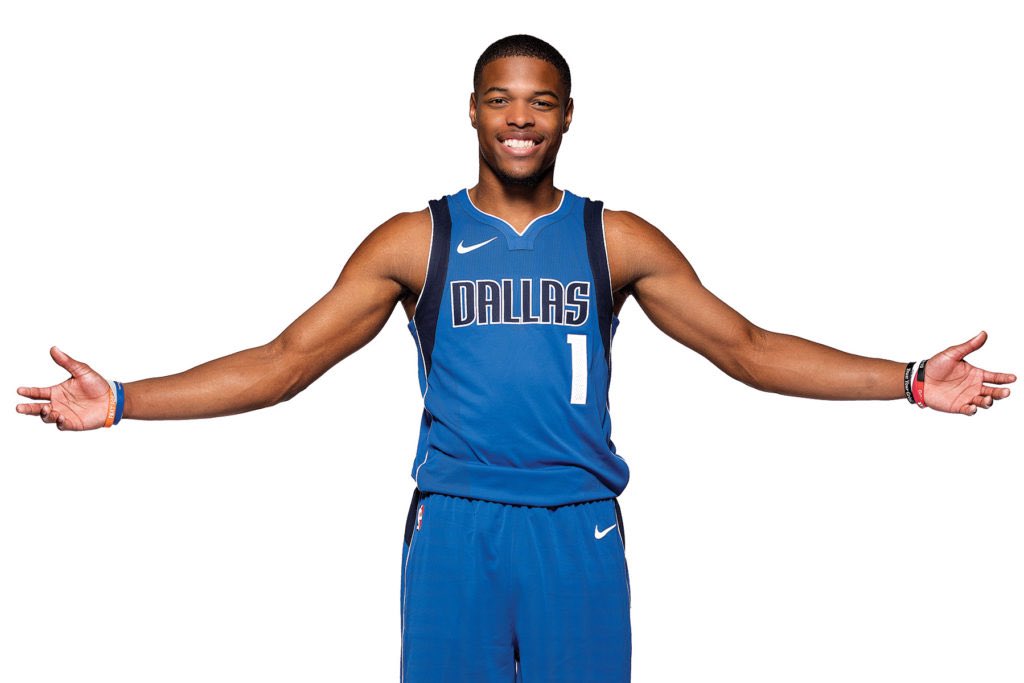 3) dennis smith jr. only 20 years old, the maverick is six-feet-two of sexy. 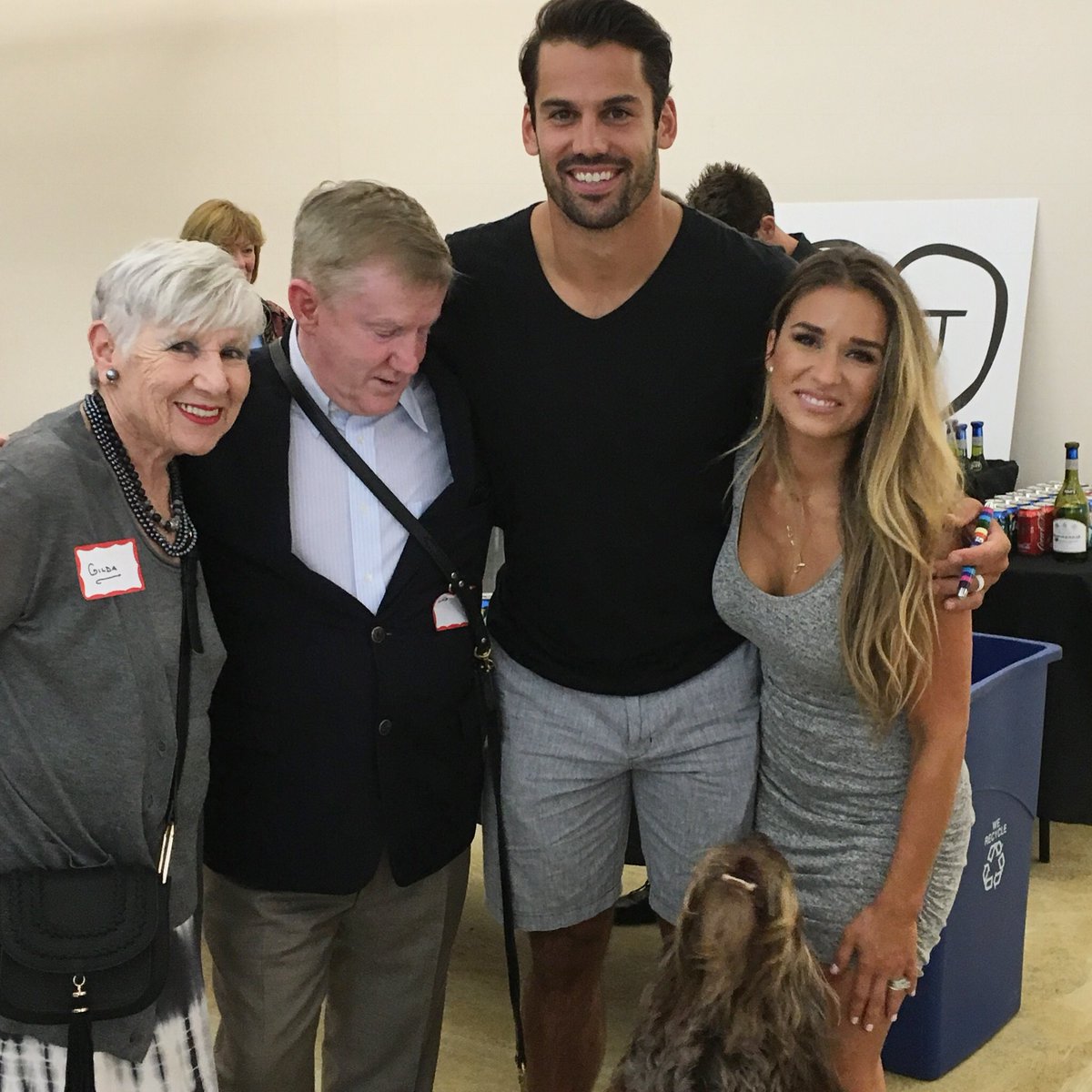 4) eric decker. the tennessee titan's the only footballer on the list.

6) channing tatum.  who wouldn't want to be halle berry for when that scene was shot?  channing remains a movie star with a solid base - not just for looks.  he's got talent.  but he's also got hotness. 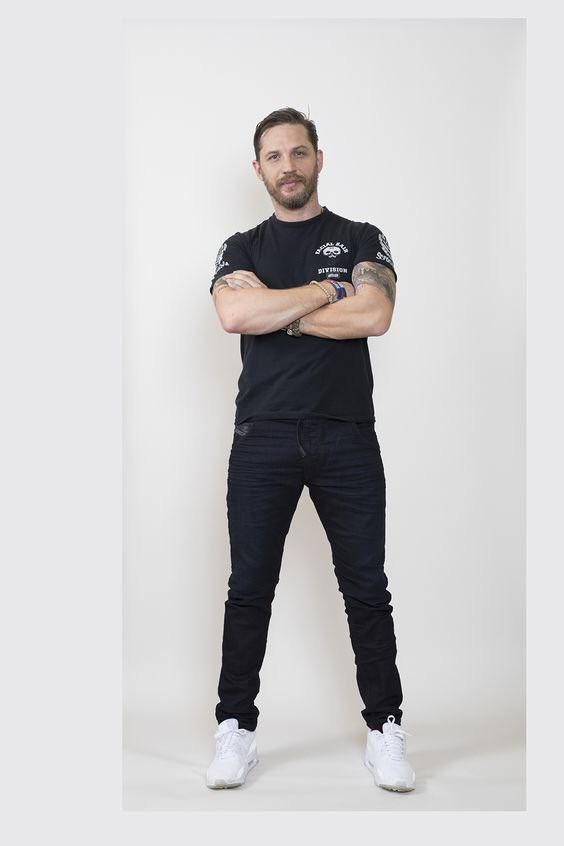 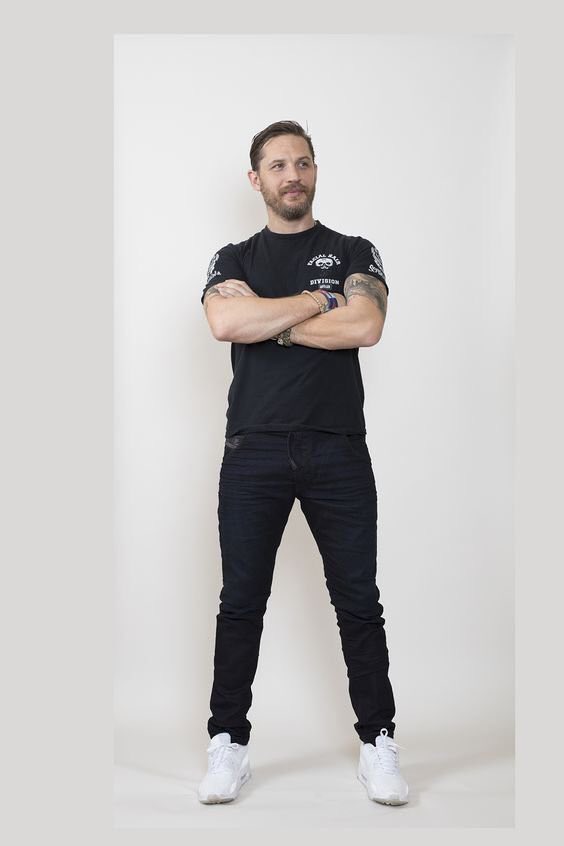 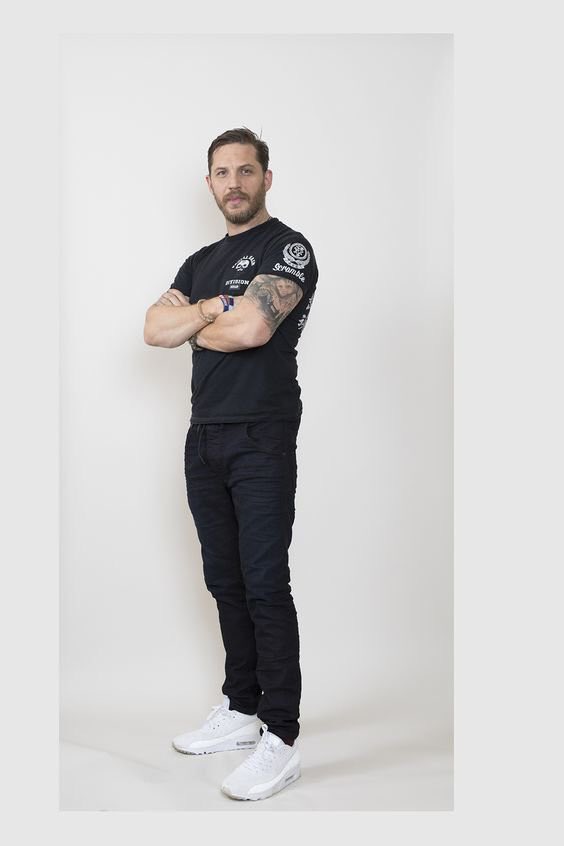 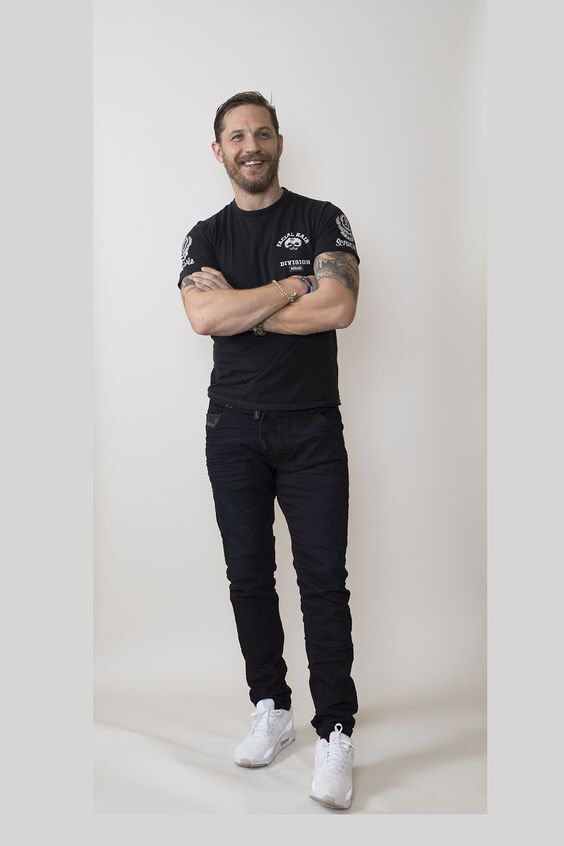 7) tom hardy. the only english man on the list.  and tom's a regular on my annual list of sexy.  he's a great actor but sometimes i wish he was less great so he'd have to rely more on his sexy and charm. 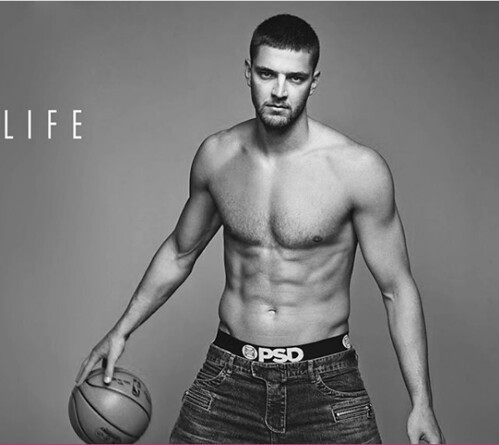 9) taron egerton. he's welsh, not english.  there's a difference.  and he's also 1 of the few actors under 30 who really can generate heat.


10) drake continues to be sexy.  hopefully 2018 will find him dropping an album - a full album - proving just how great he can be.

Friday, December 29, 2017.  Iraq is largely absent from the national conversation and the few times it pops into the exchange it's tightly controlled.

This is your government.


US special operations troops are secretly harboring and training former fighters of the Islamic State in Iraq and Syria (ISIS) at the remote American base in Al Tanf, Syria near the strategic nexus of the country’s borders with Iraq and Jordan, according to a report issued by the Russian military command.
The charge was made Wednesday by General of the Army Valery Gerasimov, chief of the Russian military’s general staff and deputy defense minister. He said that Russian drones and satellites had detected brigades of ISIS militants in and around both Al Tanf and another US military base near the Kurdish-controlled city of Al-Shaddadi in the country’s northeast.
“They are in reality being trained there,” Gerasimov said in an interview with the Russian daily Komsomolskaya Pravda. “They are practically Islamic State,” he added. “But after they are worked with, they change their spots and take on another name. Their task is to destabilize the situation.” The Islamist fighters, he indicated, are being re-branded as the “New Syrian Army.”

He also notes Quentin Sommerville and Riam Dalati's BBC report about how the US and UK aided the Islamic State in departing Iraq:

Abu Fawzi and dozens of other drivers were promised thousands of dollars for the task but it had to remain secret.
The deal to let IS fighters escape from Raqqa – de facto capital of their self-declared caliphate – had been arranged by local officials. It came after four months of fighting that left the city obliterated and almost devoid of people. It would spare lives and bring fighting to an end. The lives of the Arab, Kurdish and other fighters opposing IS would be spared.
But it also enabled many hundreds of IS fighters to escape from the city. At the time, neither the US and British-led coalition, nor the SDF, which it backs, wanted to admit their part.
Has the pact, which stood as Raqqa’s dirty secret, unleashed a threat to the outside world - one that has enabled militants to spread far and wide across Syria and beyond?

In the Arab world, the accusation has long been that the US government created and sponsored the Islamic State.

This was due to a number of US actions in the region and around the world including the fact that the US empowered the Taliban (don't forget to include Mika's nasty father -- and nasty is right, so many women spoke of his actions towards them -- on the blame list).

But it also included strange moments that would appear to question where the loyalties were.

It's very strange that the BBC can report on Raqqa but the US press will ignore it.

Because the BBC reports it doesn't make it true.  But when the US response is silence, it certainly makes it appear true.


When does the American media cover these topics?

If they can put it in the mouth of the 'enemy.'  So, last June, Tom O'Connor (NEWSWEEK) writes about how the Iranian government claims it has documents which demonstrate that the US government has been backing ISIS.

Now when, earlier this month, Amnesty International documented the fact that ISIS was using US-made weapons, CNN did cover it.  But there was Jim Michaels (USA TODAY) to the rescue, days later, to explain that the weapons "fell into the hands" of ISIS.  The press then dickered over whether they were stolen or sold by non-US actors (usually Syrian 'rebels' were cited).

But we're never to consider what so many in the Middle East believe: That the US government has been backing ISIS all along.


None of the above means that the US funded/created/supported/one-or-all-of-the-above the Islamic State.  The point is this topic is discussed around the world, in traditional media and on social media, but the corporate media in the US will not have the conversation, will not allow it.

That, more than anything else, lends credence to the rumors and allows them, over time, to be accepted as truth.


The question isn't do governments lie, it's do they ever tell the truth?

Congress Rajya Sabha MP Pratap Singh Bajwa on Wednesday accused External Affairs Minister Sushma Swaraj for blocking him on Twitter for raising the issue of 39 Indians missing in war-torn Iraq.
Bajwa tweeted, “Is this the way to run external affairs ministry? Does it behove the office of Sushma Swaraj Ji to block a Member of Parliament for asking tough questions on 39 missing Indians in Iraq?” and shared a screenshot that read “@SushmaSwaraj blocked you.”
[. . .]
The Punjab Congress president Bajwa has been accusing the Foreign Minister of misleading the House on 39 Indians missing in war-torn Iraq.


The 39 Indians have been missing since June of 2014.  In June of 2016, the editorial board of THE HINDUSTAN TIMES observed:

Perhaps it is this optimism that guides the families of 39 Indians who are missing from Mosul (Iraq) for the past two years. In June 2014, the Islamic State (IS) was capturing town after town and taking civilians (especially foreign nationals and minorities) hostage. In Mosul, 40 Indian construction workers, mainly from Punjab, were captured, and one person managed to escape. The whereabouts of the 39 is unclear. The government has maintained that it has credible intelligence that the hostages are alive, while media reports state that they have been executed.

A group of unknown gunmen on Thursday night launched a rocket attack on an #Iraq|i military convoy, and five members of the Hashd al-Shaabi were wounded in two roadside bomb explosions in the latest string of incidents to rock #Kirkuk. #TwitterKurds
2 replies8 retweets9 likes

Unidentified gunmen shot dead three family members inside a house early Friday morning at a village in Iraq's central province of Salahudin, a police source told Xinhua.
The attackers broke into the family house in the town of Es'haqi, some 60 km south of the provincial capital Tikrit, and opened fire on the family members, killing three men, wounding two women and two children, the source said on condition of anonymity.

You will never know the names or circumstances under which they died. Or, even if they were US citizens (roughly one-third of DOD contractors are Americans).
3 replies28 retweets27 likes

Because contractors are barely acknowledged and have no identities, their expanded use under 3 presidents makes US military footprint appear artificially smaller.
2 replies36 retweets40 likes

Hope someday defense analysts and journalists recognize the essential, enabling capabilities contractors provide when writing about US wars. As is, "contractor" is a dirty word or an after thought. END
1 reply14 retweets21 likes


And the big question this morning -- bigger than who will pay for the rebuilding of Iraq --  comes in a Tweet from Tim Anderson:

How many used their voices to speak out against these wars? #Afghanistan, #Iraq, #Lebanon, #Libya, #Syria, #Yemen. All driven by #Washington, all on false pretexts. youtube.com/watch?v=JCUzRy…