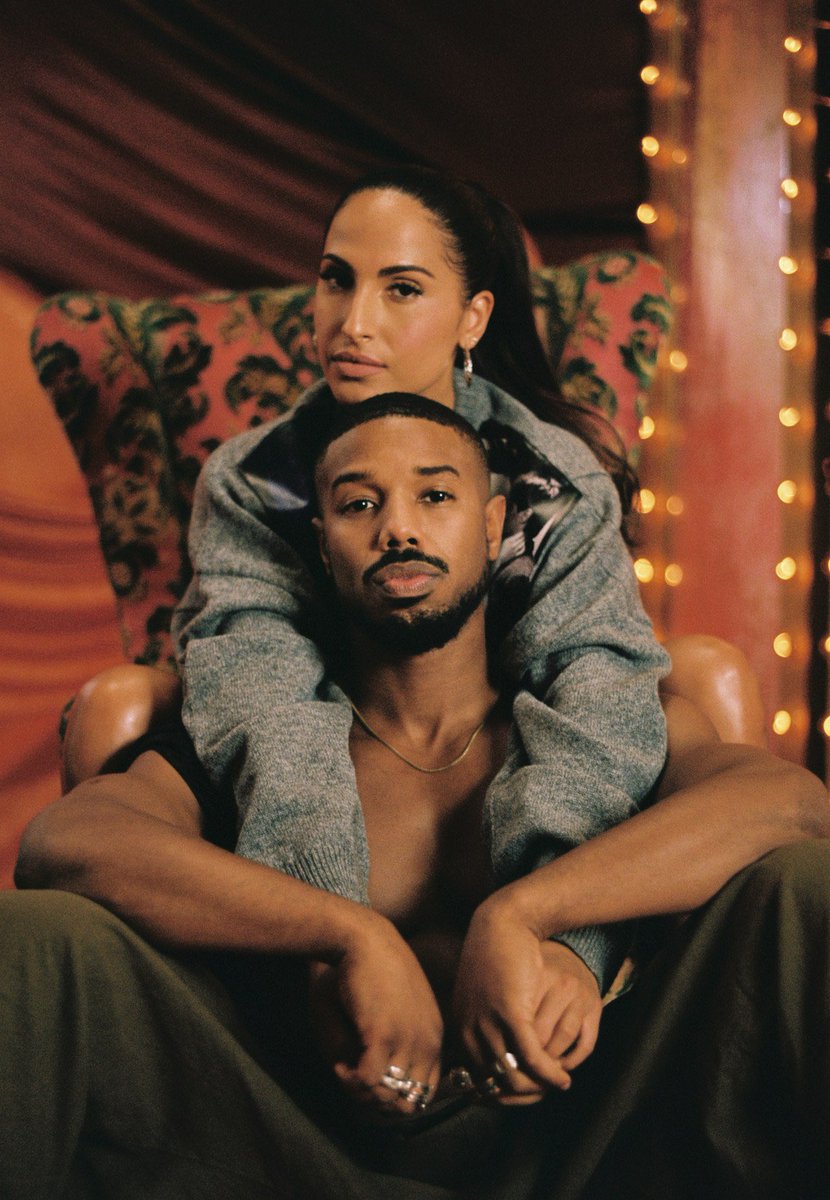 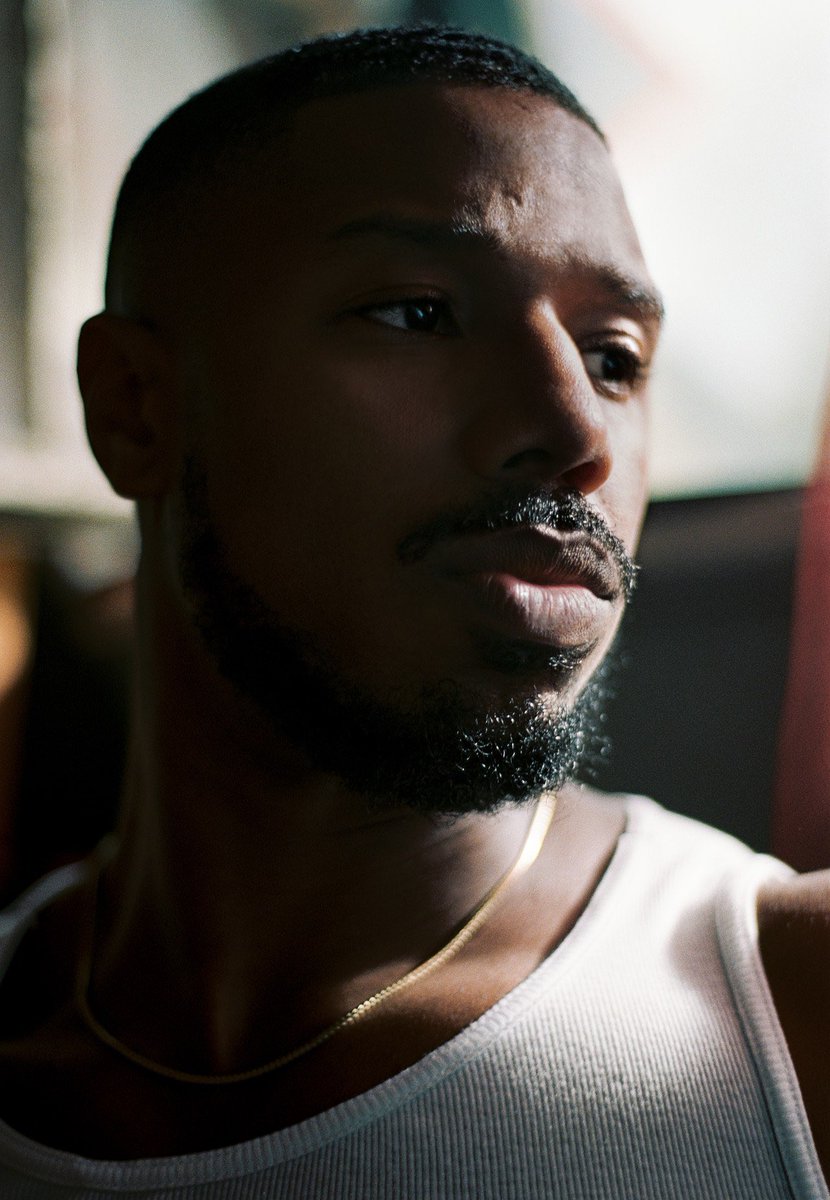 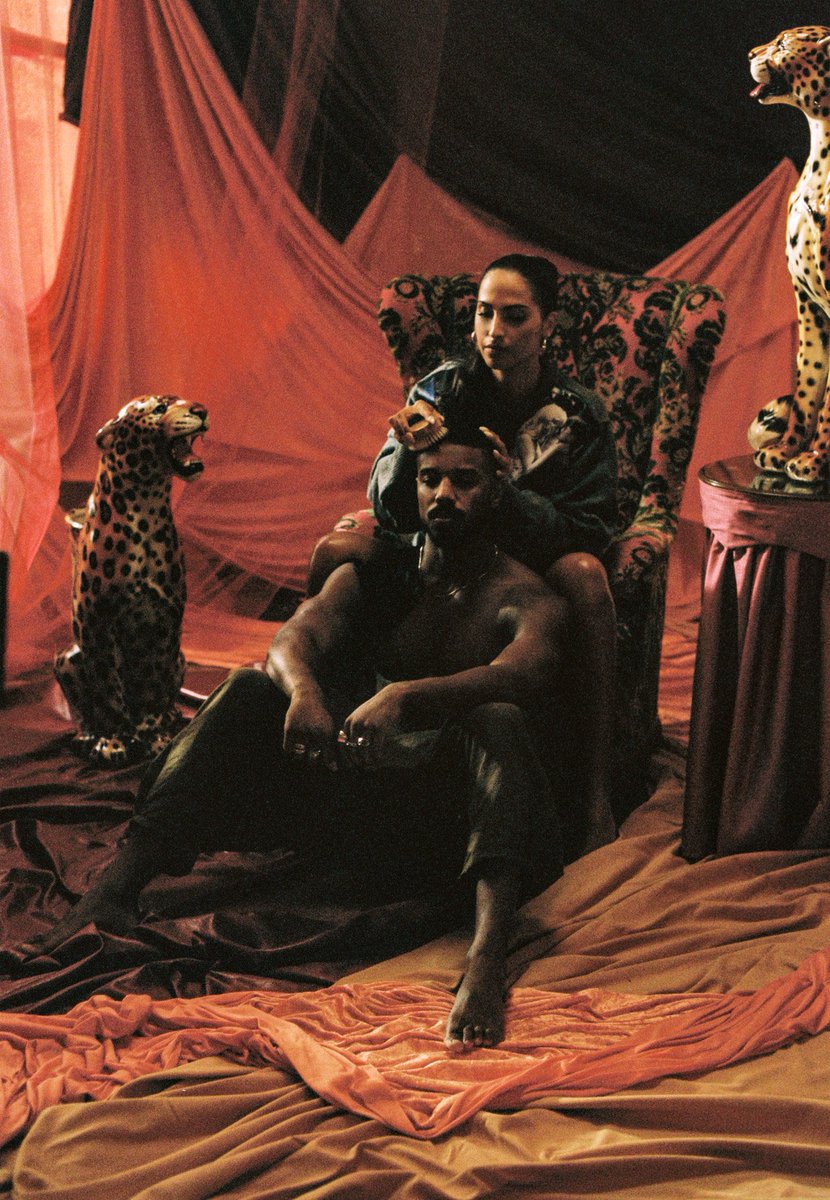 
4) henry cavill.  i can't stand the silver wig he wears in 'the watcher' but he's still hot.


5) our 2nd athlete on the list?  boxer anthony joshua


how does a boxer get a face like that?  obviously a lovely mother.

6) tom hardy.  tom hardy should be on every yearly list.  he's yet to make a movie i loved but i've seen pretty much every movie he's been in.  i'm buying tickets for something other than the films.

8) john mulaney.  proving that funny can be sexy.

9) there are many reasons to be upset that this is the last season of 'how to get away with murder' - 1 of them is jack falahee. 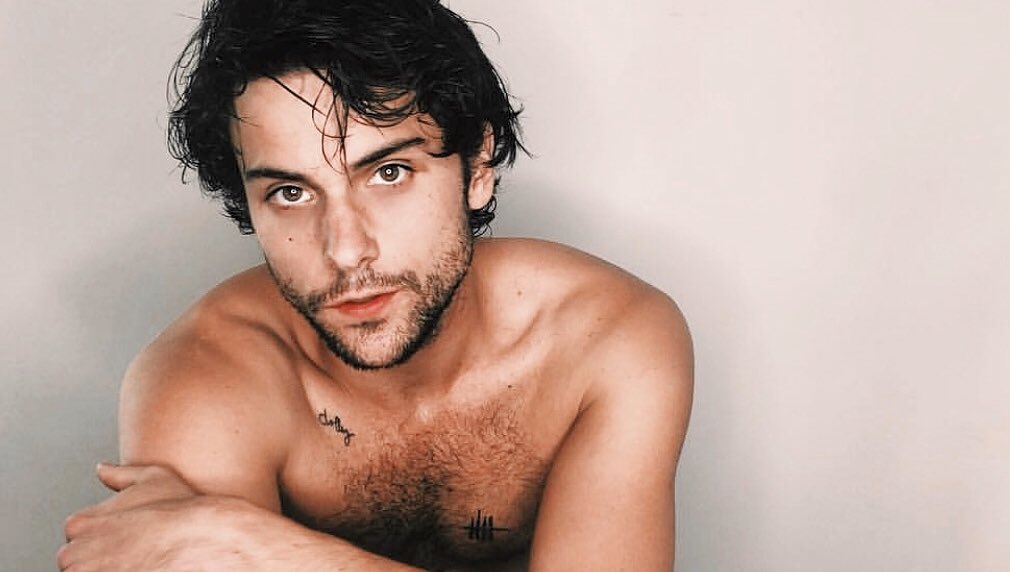 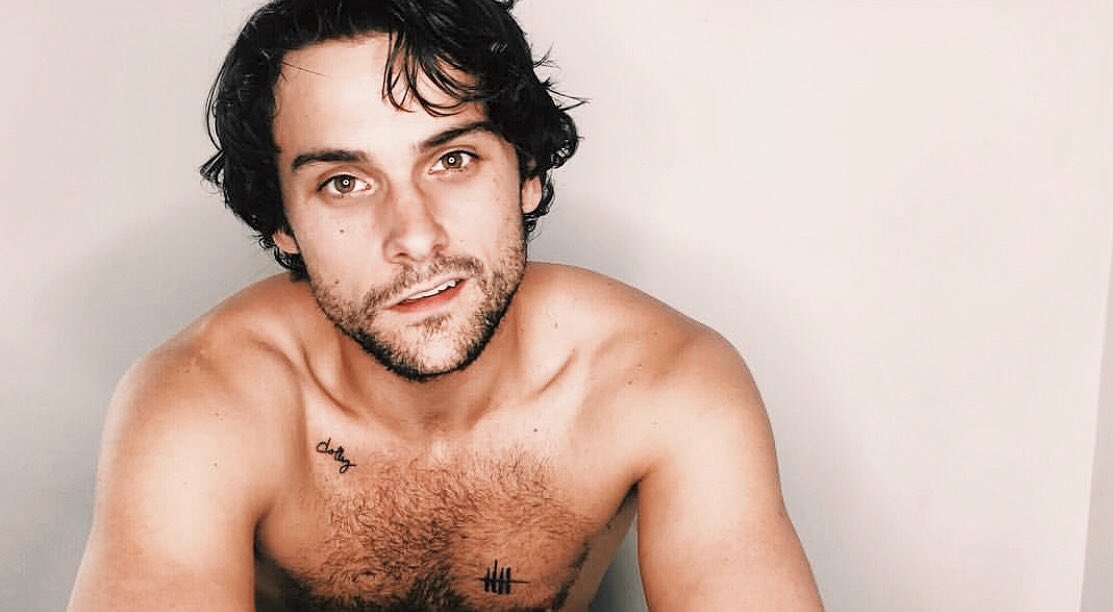 
how will we make it through without a weekly dose of jack as connor?

those are my picks for the 10.

Tuesday, December 31, 2019.  The US Embassy in Baghdad is stormed.  If you're not an adult, please don't join the conversation, we don't have time for the faux 'resistance' to try to turn this into another obsessive Donald Trump Twitter thread.

The US Embassy in Baghdad has been stormed today.

Well since the press wouldn't tell you let's watch them scramble.

In the meantime, you can refer to this from Sunday and Monday:

As we pointed out, attacking Kata'ib Hezbollah was attacking the Iraqi military.

Last Friday, there was a rocket attack that killed 1 US contractor and left four US service members injured.  Now they were disappeared from the story, the four wounded.  Apparently, it was too 'messy' for the press.  The way Mark Bingham was disappeared from the 9/11 coverage when it was discovered he was gay.  Not saying the four were gay, just that they 'embarrassed' the press -- remember there's no war in Iraq, Barack ended.

That lie is embraced by so many.

On Sunday, the US government bombed Kata'ib Hezbollah reportedly killing at least 25 members.

Kata'ib Hezbollah -- and all the militias -- were folded into the Iraqi military.  Nouri al-Maliki had wanted to do that.  Hayder al-Abadi formally did that.  Both were installed by the US government.  Now many of us were outraged that these thugs were being made a part of the Iraqi military.  Barack was president and he didn't opposed a damn thing so take that party to his house.

No surprise, many in Iraq are outraged.  Yesterday afternoon came news that the prime minister of Iraq (that's a whole other story -- we'll get to it) was calling out the US government.

Iraqi Prime Minister Adel Abdul Mahdi on Monday condemned U.S. air strikes on bases of Iranian-backed Iraqi militia, a move that could plunge Iraq further into the heart of a proxy conflict between the United States and Iran.

“The prime minister described the American attack on the Iraqi armed forces as an unacceptable vicious assault that will have dangerous consequences,” his office said.

"We stress that Iraq is an independent country, and its internal security takes priority, and serious attention, and will not be allowed to become a battlefield, or a route for launching attacks," Iraq's Foreign Ministry said in a statement about what it planned to tell the U.S. ambassador.
[. . .]
Iraqi Prime Minister Adel Abdul-Mahdi's office said in a statement that he received a call from U.S. Defense Secretary Mark Esper shortly before the airstrikes and asked for them to be called off. Abdul-Mahdi decried the strikes as a unilateral act by the U.S.-led coalition that is considered a violation of Iraq's sovereignty.

She doesn't note what other reports do, Mahdi has stated that as soon as he was informed, he attempted to contact Kata'ib Hezbollah to warn them.

It will have a huge impact, going forward, on US government interaction with Mahdi.

A huge detail like that needs to be reported, not ignored.


Thousands of protesters marched into Baghdad’s heavily guarded Green Zone on Tuesday after prayer services for the militia fighters killed in the American strikes. While few of them were armed, many were members of Kataib Hezbollah and other groups that are technically overseen by the Iraqi military. The militia is separate from the Hezbollah movement in Lebanon, although both groups are backed by Iran and oppose the United States.
At the United States Embassy, protesters broke security cameras, covered the compound walls with anti-American graffiti and lit a guardhouse on fire. After breaking open a compound entrance, dozens of men entered and lit more fires inside while embassy security guards fired tear gas.
The demonstrators did not break into the embassy buildings, but their ability to storm the most heavily guarded zone in Baghdad prompted speculation that they had received at least tacit permission from Iraqi security officials sympathetic to their demands.


The report has already resulted in two responses on Twitter.

ريهام  ⛈‏ @thisizrere 4m4 minutes ago
Replying to @nytimes
The militias try to storm the US embassy in Baghdad, NOT "IRAQ PROTESTERS "
0 replies0 retweets0 likes

أحمد العراقي‏ @ahmedAliraqiIQ 4m4 minutes ago
Replying to @nytimes
These “protestors” do not represent Tahrir Square, they represent the PMF and some political parties, meanwhile the true protesters still in their positions and they’re worried about an attack from the same exact people who are attacking the US embassy. #iraq #العراق_ينتفض
0 replies0 retweets0 likes

The pro-Iranian demonstrators were mostly from Iraq's Popular Mobilization Units (PMU), a coalition of predominantly Shiite militias, and three leaders of powerful militia groups were also seen at the protest.

Donald J. Trump‏Verified account @realDonaldTrump 55m55 minutes ago
Iran killed an American contractor, wounding many. We strongly responded, and always will. Now Iran is orchestrating an attack on the U.S. Embassy in Iraq. They will be held fully responsible. In addition, we expect Iraq to use its forces to protect the Embassy, and so notified!
5,416 replies9,011 retweets31,551 likes

dσxxεd Ъuт หσт σuт‏ @twmentality1 17m17 minutes ago
While Iranian-backed Shiite militia belonging to Hezbollah masquerading as "Iraqi protesters" are storming the largest US embassy in the world in Baghdad, Trump is tweeting about "sleepy Joe Biden" and his son Hunter.


Lying whore.  Grasp it, remember it.

Brittany Jean Louise‏ @TripwithBrit 1m1 minute ago
The US embassy in Iraq was attacked by protesters, gunfire was heard and a guard tower was set on fire. Not sure who is in the embassy, supposedly some military. The first tweet by @realDonaldTrump is about Joe Biden. Good to know what his priorities are.
0 replies0 retweets0 likes


And good to know that you have no ethics and a difficult relationship with the truth.

There is a whole swarm of liars who are bound and determined to lie.  Why?  Because this can't be about Iraq for even one moment.  The faux 'resistance' must live their lives through a Donald Trump prism.  They're obsessed and they are liars and whores who are destroying the county.  Imagine if they'd used that time to work on ending wars, on addressing climate change, on actually doing something.  Instead, like rabid dogs, they foam at the mouth and show the entire world that they will lie in their efforts to smear Donald Trump.

I've known Donald for years and, honestly, I'm shocked that anyone has to work so hard to say bad things about him.  They really have to work hard and they have to lie.  Every time they lie and get exposed, it just shows how unethical they are.  It also allows the pro-Trump faction to point out that they were caught lying on this and then argue so they must be lying about something else.

The US Embassy in Baghdad was attacked and they want to play political football with it.

I seem to recall the press and a lot of the public attacking Mitt Romney for doing that with Benghazi.

There's much to address in what is happening right now -- including should US forces still be on the ground in Iraq -- a much larger issue than Donald Trump.

Al-Menassa‏ @AL_Menassa 20h20 hours ago
Important.. The Iraqi National Security Council headed by the PM Abd Mahdi considers the US bombing of the #PMF headquarters a violation of the Iraqi sovereignty, and this pushes the government to reconsider the relation with the @coalition led by the US. 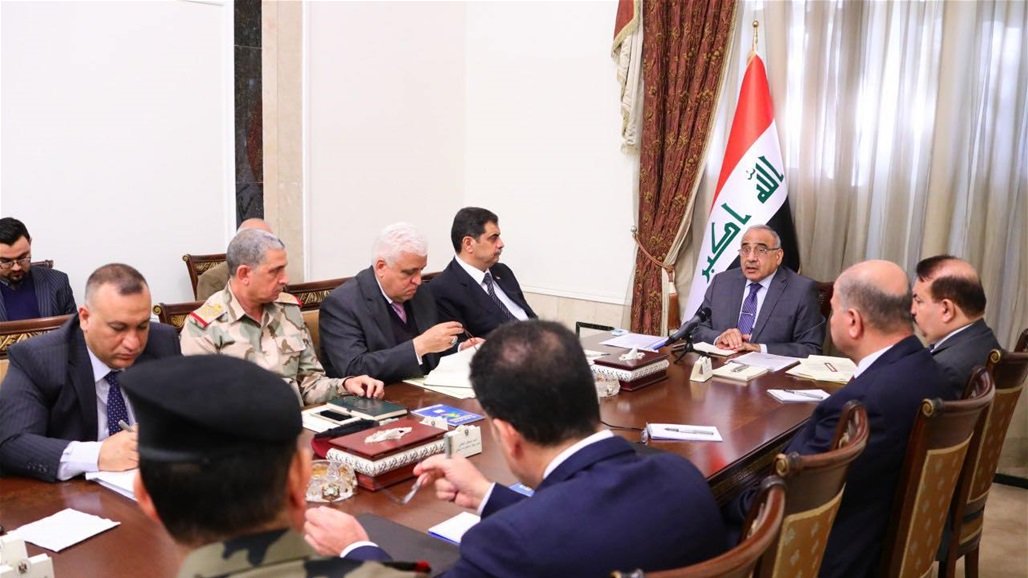 
There's the fact that Mahdi is strutting around as prime minister again.  Supposedly, he was going to be in the background until replaced.  There's the anger over the attack on the Iraqi military -- that's what Sunday's bombing was -- which has many Iraqis outraged.


Iraqis throwing stones at US Embassy. This comes after Iraqis have put up with US occupation, rape, murder and meddling for decades. Time the western imperialists leave. #Iraq #Imperialism #Iraqi #Baghdad
/>
1:03
0 replies0 retweets0 likes


"(Qasem) Soleimani is my leader." Outside the US Embassy in #Baghdad's $GreenZone. #Iraq #MENA #MiddleEast #Iran 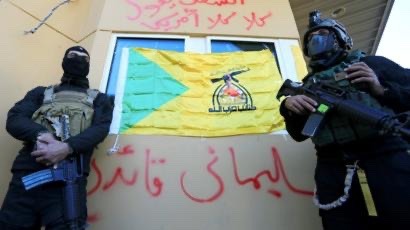 The strike on Sunday was not smart in a large number of ways.  I'd noted Condi Rice here and how every time it seemed Moqtada al-Sadr was on the ropes in the early years of the Iraq War, she'd make some stupid remark that elevated him instead of letting him hang himself.  Now Moqtada's one of the country's most popular leaders.  Thank Condi for that.

And thank Donald Trump for blowing the moment where strong divisions were emerging between Iran and Iraq.

There are real issues at stake here, including the future of Iraq.

So if you think you're helping anyone by lying that Donald Trump hadn't Tweeted about the attack, you're not.

The world can't afford you.  You may have the luxury of lying and indulging in sloth but the world is suffering and if you can't address that you really need to stop pretending you're part of a grown up conversation.


There are real issues here and maybe the immature 'resistance' can't handle real issues?  Who know.  A Tweet from a guy who served in the US Navy exhibits outrage that Donald is saying Iraq must protect the Embassy.

Any US Embassy has a small number of military support for protecting.  But it is always the host country's job to protect an embassy on their soil.  And what was the Iraqi government's response?  Did they send forces to attempt to disrupt the crowd attacking?  If not, why not?

They may have sent some contingent of forces (they should have) but what they did needs to be known and discussed.

The Associated Press‏Verified account @AP 3h3 hours ago
BREAKING: Iraqi supporters of a Shiite militia have broken into the U.S. embassy compound in Baghdad after smashing a door and storming inside, prompting tear gas and sounds of gunfire. The attack on the compounds follows deadly U.S. airstrikes.
117 replies852 retweets622 likes

Liz Sly‏Verified account @LizSly 1h1 hour ago
Kataib Hezbollah protesters breaching the gates of the US embassy in Baghdad. They say they will stay till US troops leave. It’s the biggest US embassy in the world & supposedly secure but hard to see how diplomats can remain now
/>
0:35
31 replies297 retweets219 likes


These are real issues.

Know4LIFE‏ @Know4LIFE 24m24 minutes ago
Know4LIFE Retweeted Press TV
The best video of the storming of US Embassy in Iraq is not coming from America #mainstreammedia but from @PressTV, an Iranian based media outlet. US media showing handful of protesters burning trees and throwing rocks. Deception to the very end
Know4LIFE added, 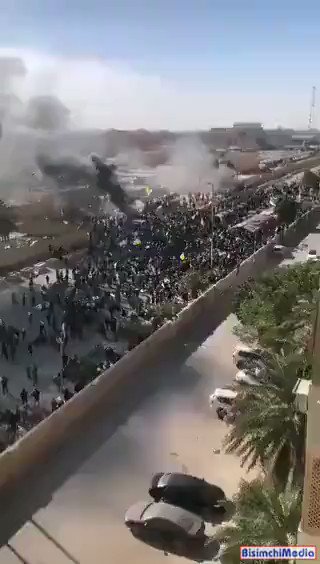 Liz Sly‏Verified account @LizSly 23m23 minutes ago
Our latest on the storming of the gates of US embassy Baghdad, with an eyewitness account by the great @Mustafa_salimb
3 replies65 retweets40 likes


We don't need to be sheltered, we need to have an adult conversation.