how do we fool ourselves?

1st off, i'm really glad that so many people in this country see the reality of life for the palestinians - they are persecuted and denied their home.  but even with more and more waking up, i'm still shocked that so much that is unacceptable is still being accepted by a lot of people in america.


Muhammad Smiry  🇵🇸‏ @MuhammadSmiry 17h17 hours ago
Photo of two Palestinian children being detained by Israeli forces in Jerusalem for no reason! Daily life in Palestine 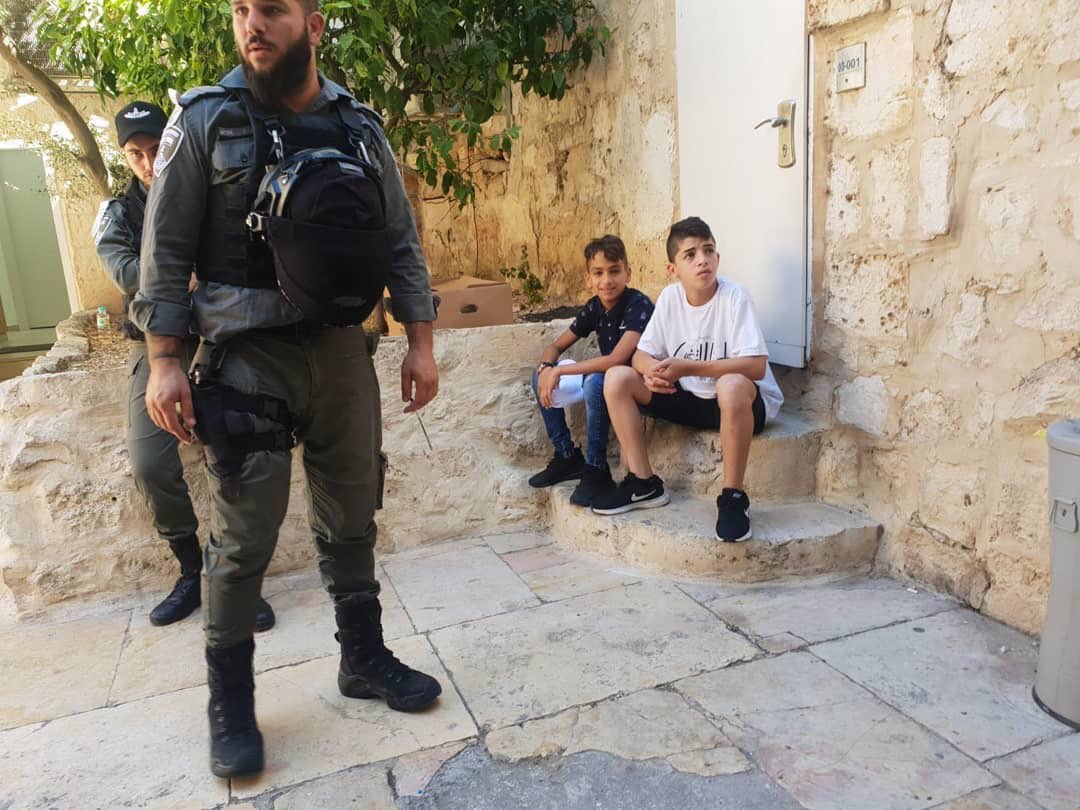 Monday, July 15, 2019.  Joe Biden tries a new excuse for his selling of the Iraq War "I'm actually dumber than the Village Idiot," and much more.

Tammy Duckworth‏Verified account @SenDuckworth Jul 12
Tammy Duckworth Retweeted TODAY
It’s a national tragedy when our troops have to worry if their families will have enough to eat & their kids will go to bed hungry. I’m glad @TODAYshow highlighted this critical issue + the legislation @RepSusanDavis & I introduced to prevent military families from going hungry.
Tammy Duckworth added, 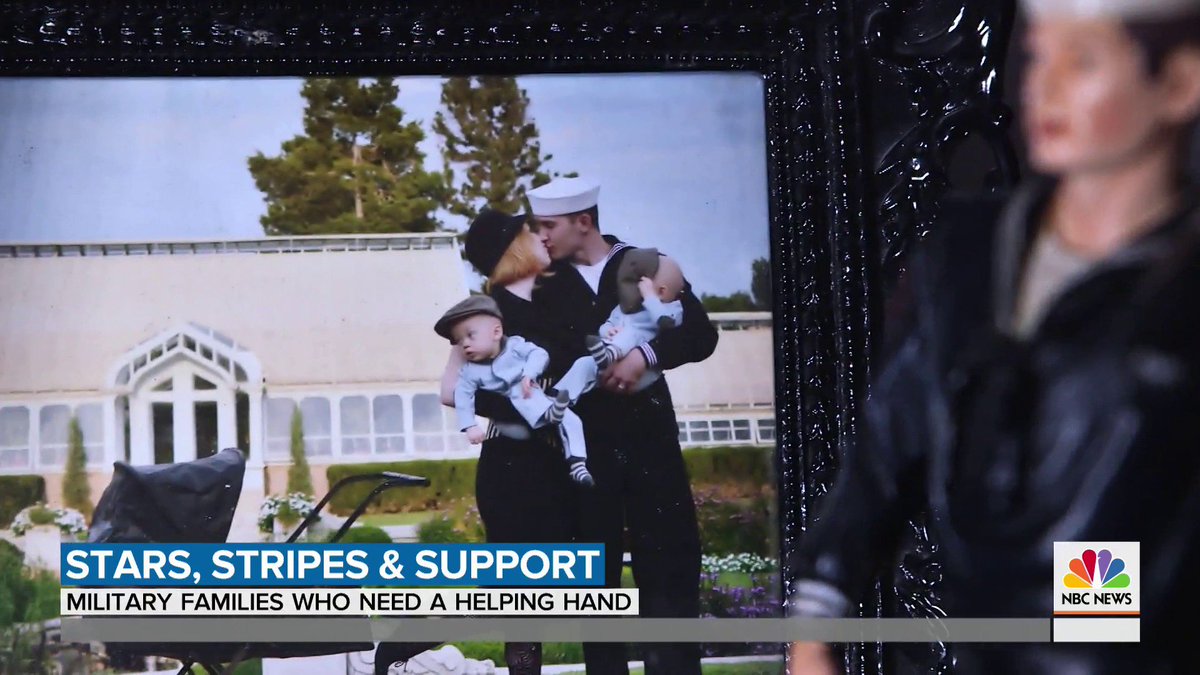 5:55
TODAYVerified account @TODAYshow
A NBC News investigation reveals an eye-opening look at what life is like for the sons and daughters of military service members who too often are struggling to feed their families, @CynthiaMcFadden reports.
20 replies208 retweets602 likes

Really, Tammy?  That's where you draw the line for children?  If their parents are serving?  So it's not a national tragedy when an American child doesn't have enough to eat or they go to bed hungry if their parents are in the US military?

That's part of the nonsense that has built up since 9/11 as each person tries to make it clear that they support the military even more than the other person does.

Every American child should be fed -- regardless of their parents job.  No child in this country should go to bed hungry.

And if Tammy's unable to embrace all of America's children, here's something she might want to consider: You don't know which of these children will later end up in the military.  Oh, my goodness, Tammy, you might, right now at this minute, be spitting on future troops!

It's like our homeless problem.  It exists and it goes beyond troops although that's all anyone in Congress wants to focus on.  We have a homeless problem in America.  It's a serious problem and no one should be homeless.

I'm all for veterans getting what they have been promised and I've long advocated for that here.

But we don't have a two-tier system of citizenship.  We are a democracy where every person is supposed to be equal.

So Tammy's decision to fret over hungry children only if their parents are in the military suggest that possibly she should leave the US Congress -- which is supposed to represent We The People -- and move over to a VSO where her concerns might be more appropriately addressed.

The only good thing about the current election cycle is that Tammy didn't throw her hat in the ring.  But 25 people are seeing the Democratic Party's presidential nomination.  Including?  Former Vice President and former US Senator Joe Biden.


Joe was not Secretary of State.  That was Hillary Clinton and the John Kerry.  Joe has no real foreign policy experience to brag of.

Willie Allen‏ @WonderWilliee Jul 11
Just a reminder: Joe Biden was a leading Democratic voice in favor of war in Iraq, it was he who laid the groundwork for Bush's invasion! We would have no peace if he's our President!
0 replies0 retweets1 like

#JoeBiden has a long record of being on the wrong side of #history, including his vote in favor of #GeorgeWBush's #Iraq war & support for #ApartheidIsrael's #ethniccleansing of the #indigenous people of #Palestine & pursuit of #genocide in #Gaza; #NoBiden pbs.org/newshour/polit… 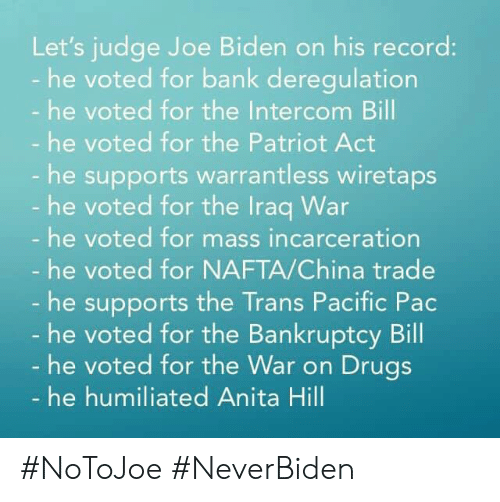 Millennials for Bernie  🌹‏ @Bernlennials Jul 11
Millennials for Bernie  🌹Retweeted Jacobin
As chairmen of the Foreign Relations Committee, Joe Biden relentlessly promoted the Iraq War. A cheerleader for one of the worst foreign policy blunders in U.S. history should not be POTUS. @BernieSanders opposed the war from the beginning. #Bernie2020
Millennials for Bernie  🌹added,
JacobinVerified account @jacobinmag
Joe Biden didn’t just vote to invade Iraq — he worked hard alongside George W. Bush to persuade the public to back it. Biden holds significant responsibility for the bloodshed that has engulfed Iraq and the surrounding region since the invasion. jacobinmag.com/2019/07/joe-bi…
2 replies27 retweets65 likes


\Over the weekend, Joe saw the opportunity to promote his 'expertise' by offering yet another attempt to weasel out of his vote for the Iraq War and his selling of it before it began as well as afterwards.

The "mistake I made was trusting" Bully Boy Bush.  That's the best Joe can offer.

It's a lie but if he wants us to believe him, okay, let's play.

Joe wants to be president.  But on one of the most important decisions of this century, he got it wrong, he says, because he trusted Bully Boy Bush.

Now the younger among us may not remember but Bully Boy Bush was not seen as the brightest bulb.  In fact, he was seen as the Village Idiot.

So Joe's justification currently is that he should be president even though he's so stupid that a Village Idiot managed to trick him.

That doesn't speak well to Joe -- not to his character, not his sense of judgment.

Today, Joe's expected to deliver (as his campaign has whispered all weekend) remarks that will call for ObamaCare to stay and reject Medicare For All.


A reminder that opponents of Medicare for All are trying to preserve, protect and defend a system that produces this 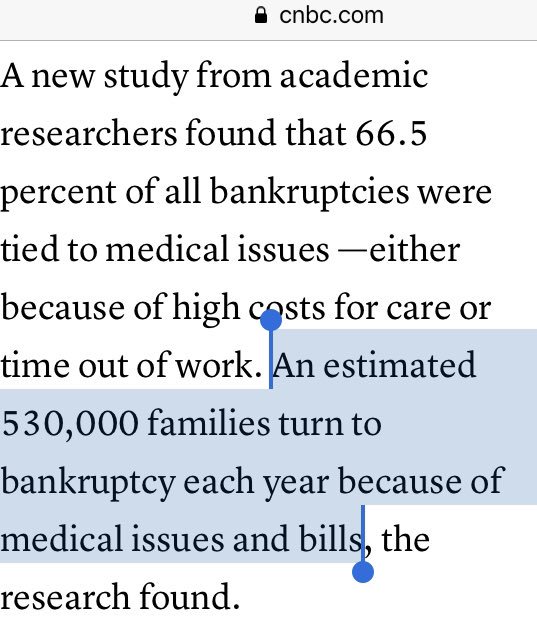 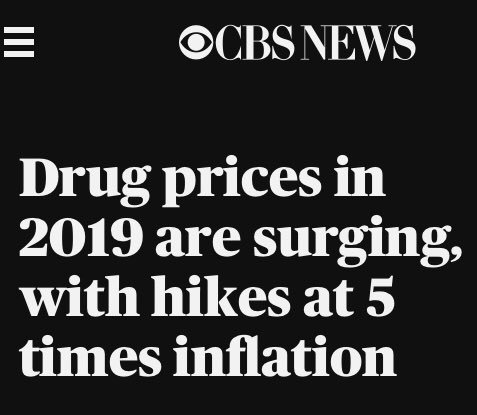 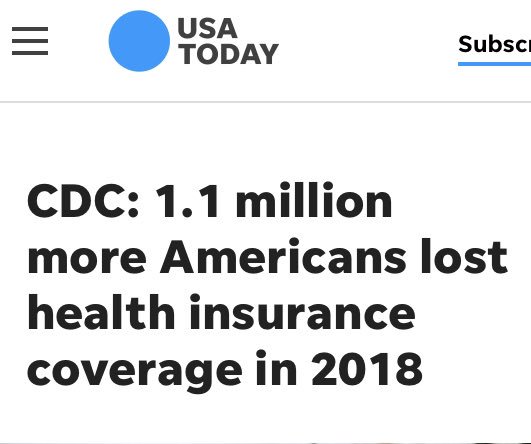 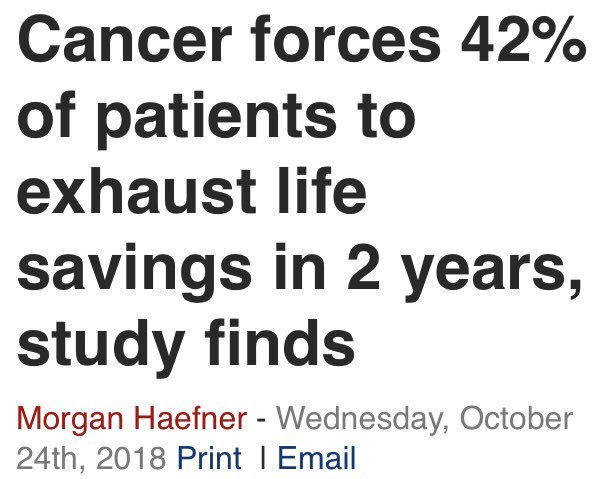 Various fakes and phonies -- hey, Clara Jeffrey, we're looking at you -- insist that everything needs to be cute and cuddly.  Their "Hey, guys, we have to defeat Trump" is a lot like the spirit bunny speech Kelli Maroney's Cindy gave in FAST TIMES AT RIDGEMONT HIGH.

This isn't a game.

We have children going hungry in this country.  We have homeless people in every state.  We have never-ending wars.  Medicare For All is a basic right.  ObamaCare was a loser when Mitt Romney first sold it as RomneyCare.

A couple of years ago, Joe Biden was vice president and now he wants to be president but the best he can offer is ObamaCare?  Oh and he'll "seek" a public option.

Didn't he and Barack promise a public option while running in the 2008 general election?  Yes, they did.

Not to seek it, they promised to provide it.

Eleven years later, Weak Ass Joe can't even promise that.  He can only promise to "seek" it.

It's the vision thing -- he has none.

David Sirota‏Verified account @davidsirota 14h14 hours ago
In the intensifying debate over Medicare for All, I don't think there's been enough focus on the fact that the very *first* thing Joe Biden did to launch his presidential campaign was hold a fundraiser with the CEO of a giant health insurance company. theintercept.com/2019/04/25/joe… 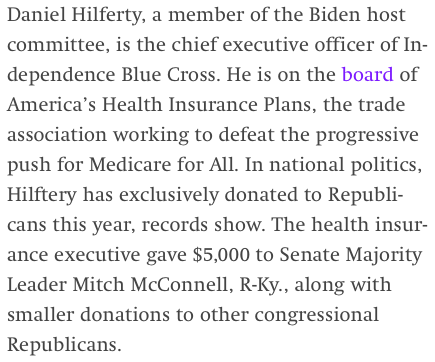 Again, to those clutching the pearls and insisting we all be genteel, this isn't pie in the sky.  This is about the country's future and -- sorry, Joe -- our future isn't our past.

As Joe makes an idiot of himself over healthcare, he can take comfort in the fact that it may distract from yet another lie of his being exposed.

Sheryl Gay Stolberg‏Verified account @SherylNYT 2h2 hours ago
NEW: Biden's opposition to busing was far more sweeping than he has led voters to believe. @asteadwesley and I took a deep dive into his record. He fought the court that forced Wilmington schools to desegregate. "We want to end court-ordered busing." nyti.ms/2XHEPcU
6 replies75 retweets143 likes


In the two weeks since Senator Kamala Harris of California, a rival for the nomination, invoked her own story of being bused to school to forcefully challenge Mr. Biden during the first Democratic presidential debates — and on the heels of criticism of his work with segregationists on crime legislation — Mr. Biden’s standing has dropped among the Democratic electorate, and his status as the race’s early front-runner is freshly threatened as his polling lead among black voters softens.

Mr. Biden has said that his record on school desegregation has been misrepresented, and he maintains that he supported busing as a remedy for the intentionally discriminatory policies that kept white and black students in separate schools in the South — a position his campaign spokesman, Andrew Bates, reaffirmed on Sunday in a statement to The Times. But a review of hundreds of pages of congressional records, as well as interviews with education experts and Biden contemporaries in Wilmington and Washington, suggests that his opposition to busing was far more sweeping than he has led voters to believe.

“I don’t know whether he’s just reconstructed this history in his own mind, but he’s factually untruthful, that’s for sure,” said Gary Orfield, a California professor who has written extensively about school desegregation, including in Wilmington, and who testified before Mr. Biden in 1981. He said that for politicians like Mr. Biden, the busing question was “a real test of conscience and courage. I think he failed.”
Mr. Biden also, more than any other Northern Democrat, adopted the language of conservatives on the issue, using terms like “forced busing” when his fellow liberals would emphasize desegregation, not transportation. Civil rights advocates note that students had, of course, been riding buses to school for decades; opponents of court-ordered busing never raised a ruckus when black children were forced to ride buses miles away from their homes to attend “colored-only” schools.
“I oppose busing,” Mr. Biden said in a lengthy television interviewentered into the Congressional Record in 1975. “It’s an asinine concept, the utility of which has never been proven to me.”
From 1975 until 1982, Mr. Biden — often in partnership with his fellow Delawarean, Senator William Roth, a Republican — promoted nearly a dozen pieces of legislation aimed at placing strict limits on the authority of federal agencies and the courts to mandate busing to achieve racial integration in schools. At a time when busing controversies were provoking racial unrest in cities like Boston, Mr. Biden argued that housing integration — which would take much longer to implement than a busing plan — was a far better way to desegregate public schools.
“The new integration plans being offered are really just quota-systems to assure a certain number of blacks, Chicanos, or whatever in each school,” Mr. Biden told the television interviewer.

Repeating, this election is about real issues.  And the notion that anyone should have to hold anything back about Joe Biden after he's had two weeks of using surrogates -- even his own wife -- to attack Kamala Harris?  No, the gloves need to be off and Joe needs to stop hiding behind women's skirts.

The never-ending wars continue -- despite Joe refusing to even mention Iraq in his 'major foreign policy address' last week.  These aren't games.  People are dying.  If you don't care about the people of Iraq and Afghanistan who continue to die, maybe you can care that another American has died in these forever wars? 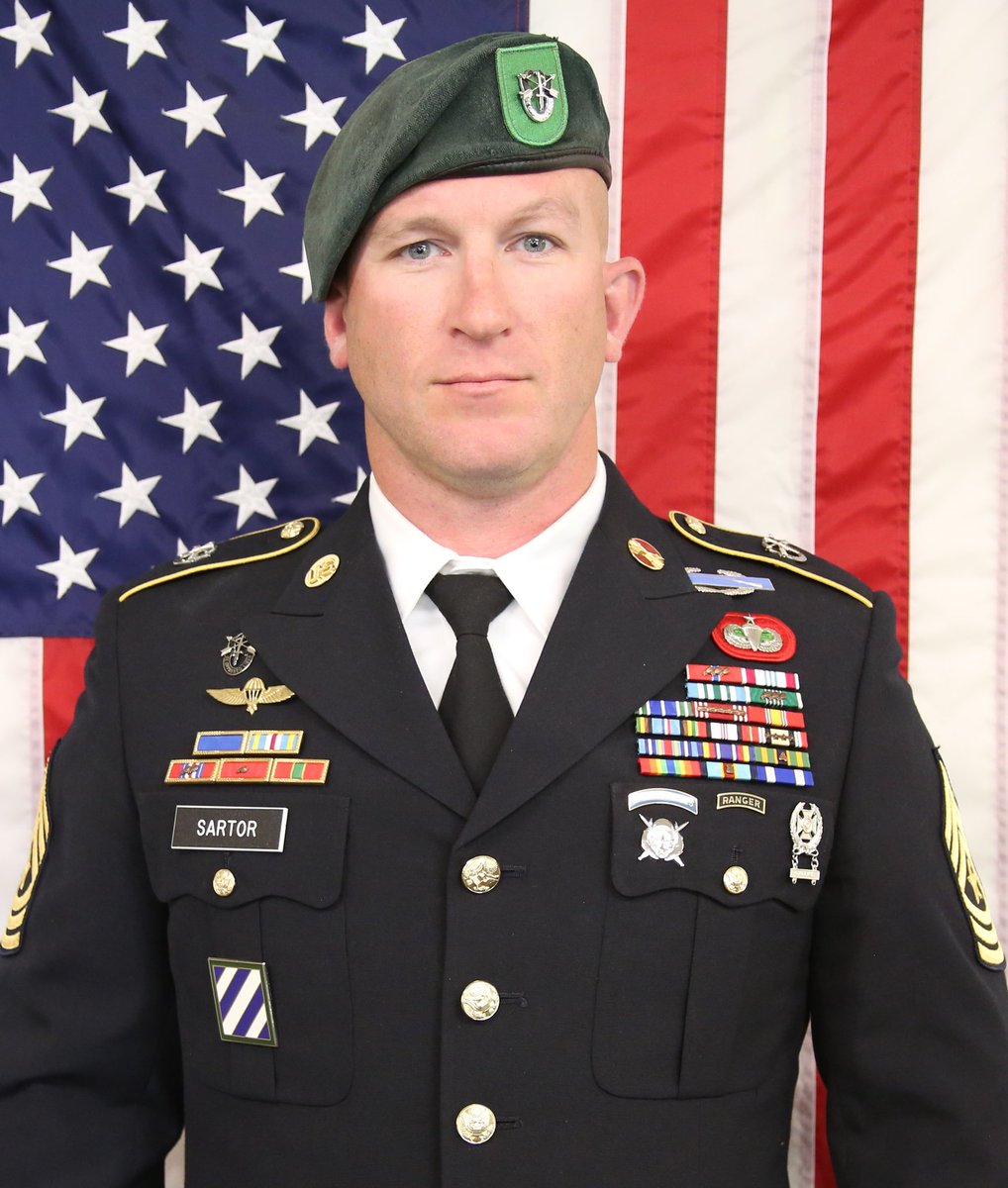 So Iraq's government is denying the rumor that more US troops are present.  Are they?  A working press might actually explore that.

They might also rebuke those Iraqi officials who've repeatedly sold the lie that residents of Mosul have willing returned in large numbers and that rebuilding is taking place.

No, it's really not.

Donatella Rovera‏ @DRovera
#Iraq That’s why for 2 years nothing has been done to help Old #Mosul ‘s residents to rebuild their homes & businesses. The Governor and unidentified investors want to create a "new city" with gleaming high rises, and large supermarket & restaurant chains aljazeera.com/indepth/featur… 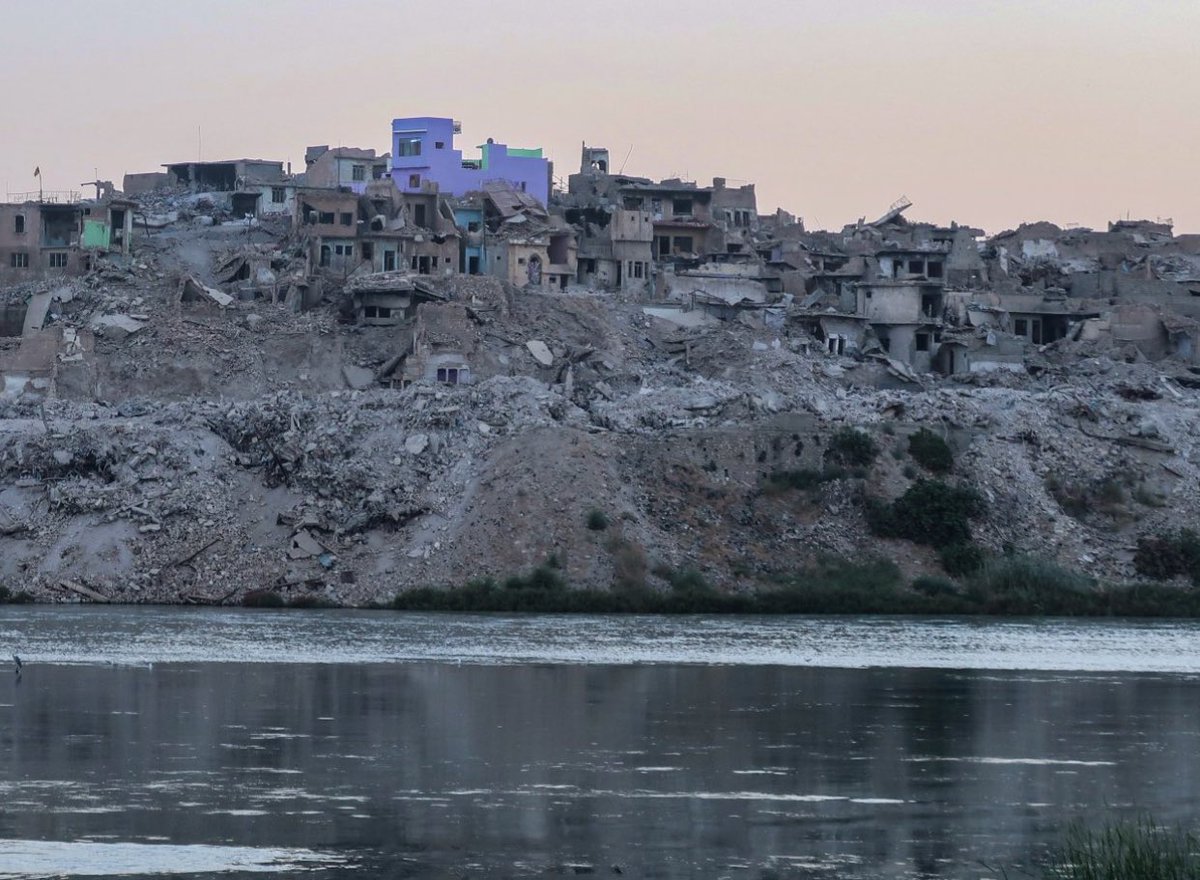 Let's wind down with this reality. 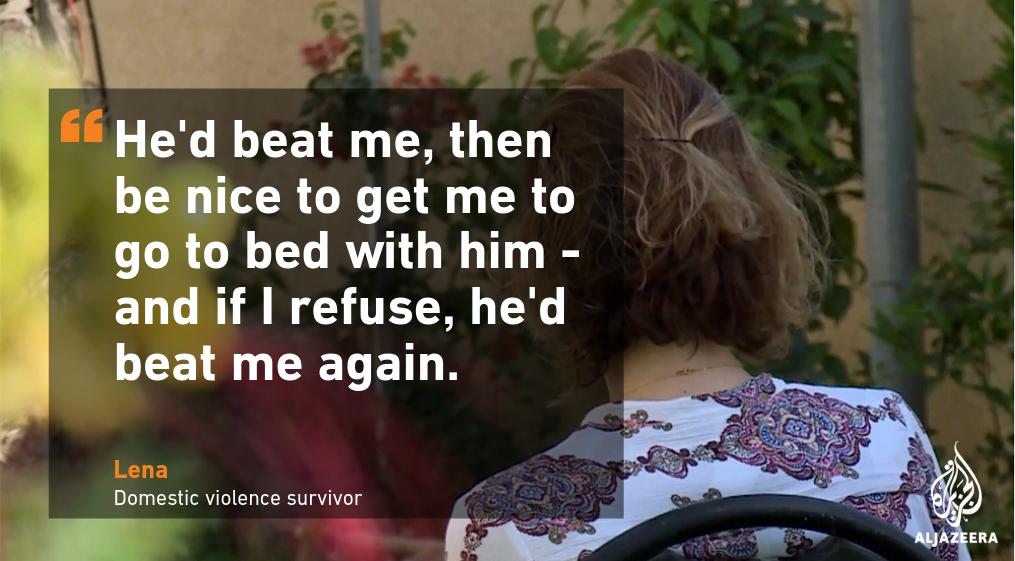 Before Joe sold and supported the war on Iraq, Iraqi women had more legal rights than women in any other Middle Eastern country.  Thanks to Joe, that's no longer true.  This despite all the money US taxpayers has provided Iraq (and its corrupt rulers).