1 thing that ticks me off?

the tweets about 'guys check on your wives and girlfriends.'

hate to fu**ing shock any 1 but luke perry's dylan was loved by gay men as well.

to honor them, i'll include this from a parody post we did at 3rd years ago:

THE EMILY POSTER
by Greg Maxie
Surely, the biggest journalism story of the week is when a reporter for The Daily Caller interrupted our sainted Barack Obama as Dear Leader was delivering a speech.  I don't really mention the reporter's name, do I?  That's because I'm obsessed with Tucker Carlson and would rather make this all about him.
Some might wonder about how this is a watchdog matter?
Here at CJR, we pride ourselves on decorum.  Why when Victor Navasky lets one of his smelly, old man farts rip, we always light a vanilla candle because that screams class.

THE BLINDSIDE
by Erickya Fry Daddy
Earlier this week, I wrote about e-mails of a superintendent and pretended like this was huge news.  Now because some reader is insisting I cover the e-mails that one time journalist Gina Chon sent to Bush official Brett McGurk, I guess I have to.  But if you ask me, dealing with my smegma problem was more fun.
So Gina Chon was in Baghdad in 2008 and working for The Wall St. Journal and Brett McGurk was there working for the Bush administration.  And Gina wanted some tips and leaks and we ARE talking penises!  Gina tapped that ass.  Go, girl!!!
Tap it, tap it, tap it!  I would love to tap some ass.  In fact, ever since I read All Women Stalk's "Men To Lust After . . .," I've thought of little else.  And then I heard Lindsay Lohan was making some film with a real-life porn star and I thought, "Hot damn! Male full frontal! Coming to my multi-plex!  Coming for to carry me home! Amen!"  The "amen" because I'm real religious.
Well semi.
Okay, not at all.  But don't tell my mom.
So I type in "big cock" and "porn star" and the results come back Conner Habib. 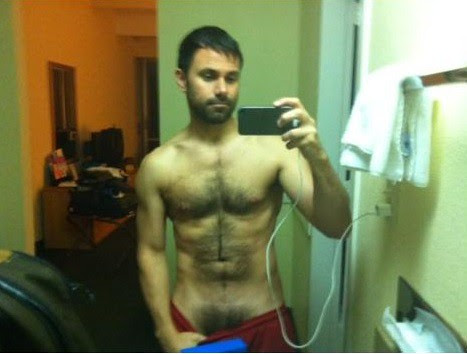 And I'm all, "Oh, yeah, Mama likes!  Mama likes a lot!"
But that "Habib."  It is Muslim?
I'm not religious but Mom thinks I am and I can probably hide the fact that Conner's a porn star when I take him home -- and if I can't hide it, well, Mom, now we know you've been watching!  But how the heck do I hide "Habib"?
So I go to Wikipedia which is like so much more valuable than the six years I spent as an undergraduate and I find out that "Habib" means "sweetheart" which is kind of cute and romantic.  But then I see that it also means "beloved" which has me thinking about how Oprah tells Beloved, "Baby, I ain't never going to let you go."  But Beloved just wants to know, "Why we don't have any pie no more!" And Beloved starts tearing up the room and I never got that movie at all.  Or why there wasn't any pie or why they don't sell pie at the movie concession stands.  They sell hot dogs.  And nachos.  Surely they could sell a slice or two of pie.
So that's just confusing me but then I see that, yep, "Habib" is Arabic.
How I'm going to take Conner home now?
But then I'm looking at the pictures of Conner and that's not a corny dog in his mouth!
He's a gay porn star.  I couldn't belive it.
So I went to YouTube and streamed five or twelve sex videos of him to make sure and, yep, that's what he was.  Like Lonnie.  Well, Lonnie was gay.  Not a porn star.
And he was my prom date.
And I mean, I was willing to play the beard but I wasn't willing to be the hag, if you get what I'm saying.
Where was I?
Oh, yeah.  So Gina sleeps with Brett and lets him read her copy before she turns it in and he's her source and that's breaking every known rule of journalism.  And they don't tell their bosses because Gina and Brett are considerate and they don't want other people to have to worry about them.  And what thanks do they get?
Gina's out of a job.  The Wall St. Journal fired her this week!  For love!
Fired for love!
I swear,, I haven't cried so much since Paris Hilton did her slow fade into obscurity.
So the lesson here is . . .
When you search for male porn stars put in "NOT GAY."
Unless you're gay.
Or bi.
Or get turned on by seeing two guys together even though you're a gal.
Some women like that.
Not me.
But some women do.
I mean, maybe if it's like Luke Perry and Jason Priestly and they're at the Peach Pit, I wouldn't turn it off.  You know, like Jason's closing up the Peach Pit late at night and Luke comes running over all, "Brandon, Brandon! I had a bad dream! Nate was hurt! Is everyone okay?"  And Jason's all, "Dylan, yeah, everyone's fine except my t-shirt which has a big tear in it, let me remove it."  "Oh, okay Brandon, but let me take my shirt off as well.  And my pants too!"  And Jason's like, "Yeah, you bad Daddy, you take off those pants and then you forget about the Peach Pit and get to washing my furry pits with your tongue, bad Daddy!"  I mean if something like that showed up, I'd view it at least once.  Maybe twice.


ava and c.i. wrote that.  reading over it, i remember them working so hard on it - 'the blindside' part.  that was hilarious.

Monday, March 4, 2019.  More US bases are built in Iraq while Iraqis continue to suffer from lack of jobs in their own country.

Mustafa Habib‏ @Mustafa_Habib33 Mar 1
During a secret meeting among leaders of #Anbar tribal a few days ago, they decided to reject the campaign led by Shiite parties and factions to drive out US troops from the country, they stressed the need for these forces to protect Anbar from ISIS. #Iraq 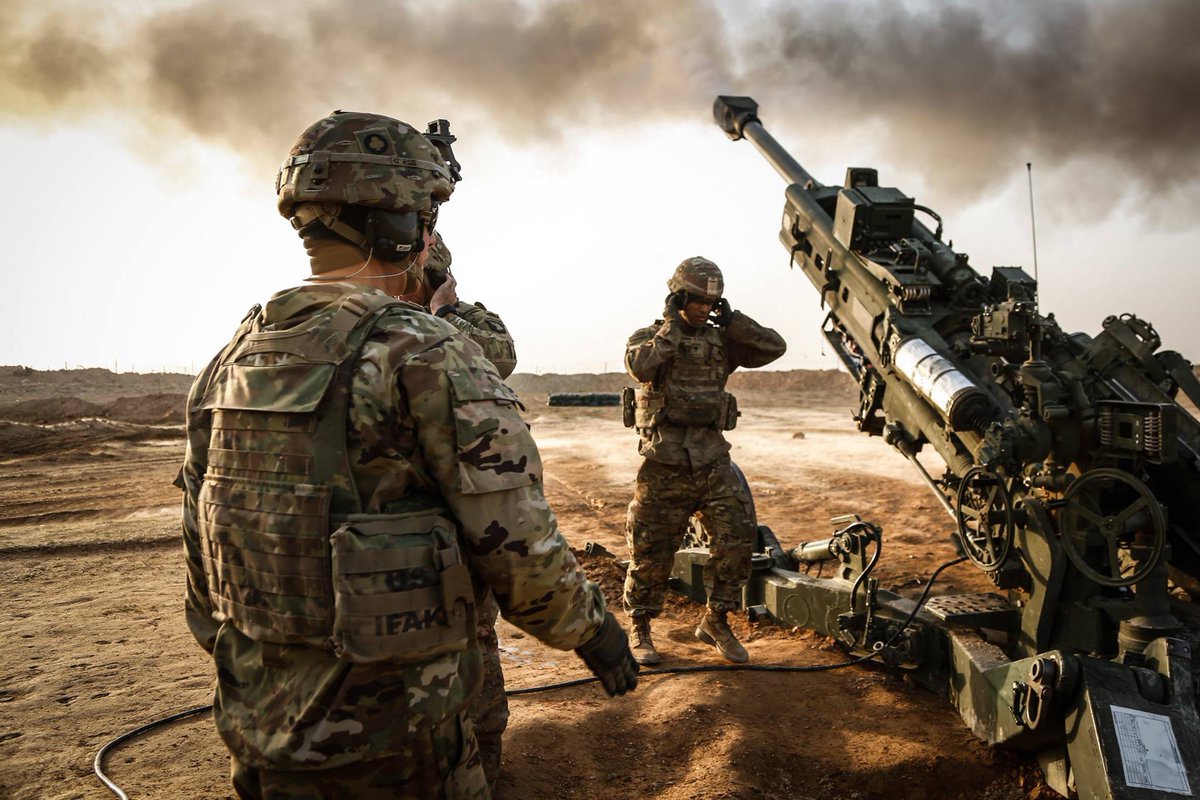 
Regardless of where the leaders fall on the issue, the Iraqi people's position remains the same -- all US troops -- all foreign troops period -- out of Iraq.

Despite that fact, as we noted in THIRD's "Editorial: When does the US leave Iraq?" last night,  US bases are going up in Iraq.


#US new Air Bases in #Iraq, the first one near Al Rutba (Al Anbar Province) seems to be fully operational, sand bags on the runways have been removed. As for H-3 airbase, works are still in progress, southern runway is still sandbagged. 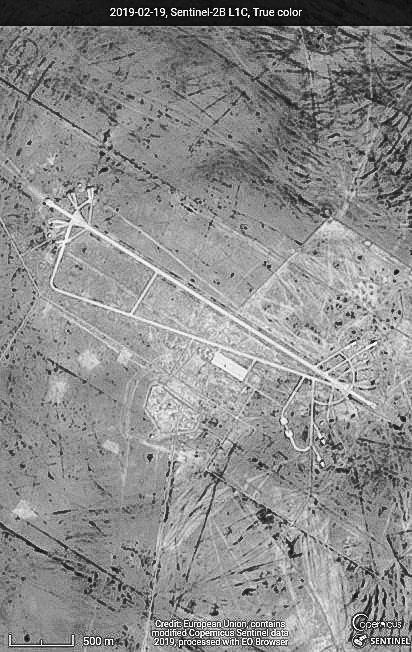 The war has been going on so long that now it is now possible to have children serving whose parents served.  Two e-mails came into the public account noting an article Saturday about a Tweet.  Didn't see that article and won't link to it.  Two Sundays ago, at THIRD, we noted the same Tweet in "Editorial: The silence is deafening:"

Editorial: The silence is deafening

It's a simple question.

Ben DomenechVerified account @bdomenech
I have been warning this was coming for years. Bush appointee btw. They are going to draft your daughters for their forever wars. twitter.com/gregorykorte/s…
Show this thread
0 replies0 retweets0 likes

Why aren't others asking it?


And if anyone was asking sincerely for that other site to be noted, it never will be.  I still have the January 2005 e-mail the head of that site wrote that was a racist attack on then-US House Rep Stephanie Tubbs Jones (she passed away in 2008).  That's why we don't highlight that site.  It's not that we're not aware of it, it's that we're far too aware of it.


On the subject of Tweets,  Fadel al-Nashmi (ASHARQ AL-AWSAT) reports:


Twitter has closed the official account of the “Security Media Cell” that is affiliated with the office of Iraqi Prime Minister Adel Abdul Mahdi.

The cell was initially formed under the name of the “Military Information Cell” after the ISIS terrorist organization took over large swathes of Iraqi territory in June 2014.

During the war on ISIS, the Cell played a pivotal role in disseminating combat-related military information and information from the Joint Operations Command.


Adel Abdul Mahdi remains ineffective and ripe for removal.  Nouri al-Maliki, former prime minister and forever thug, is currently attempting to convince other politicians to support his move to remove Mahdi and step back in as prime minister.  Mahdi's inability to accomplish anything allows this to be a very real possibility.

At no time since 2003 has the president of Iraq (a ceremonial position) been elevated higher than the prime minister by the western press.  Now western outlets repeatedly report on Barham Salih and his pronouncements as though Barham is the leader of Iraq.  It as though they're preparing you for the end of Mahdi's rule.

Mahdi was, of course, the longtime choice of the CIA and his inability to rule says a lot about their poor analytics.  They pushed him hard every time starting in 2010.  He was the answer, they insisted.

He has turned out to be no answer at all.

Terrorism and violence happen for reasons.  These include economic reasons.  There are no jobs in Iraq.  That could have been addressed long ago -- and should have been.  But it's become a growing problem and one that Mahdi can't address apparently.

38 mins ·
The graduates of universities have demonstrated in Alwai area in the middle of Baghdad to demand Baghdad government providing them with job opportunities .

If you're not getting how bad the situation is, note this.

If the referred to article doesn't show in the Tweet, it's Chloe Cornish's piece for THE FINANCIAL TIMES which notes that overall joblessness in Iraq is at 13% but for the younger adult Iraqis it stands at 40%.  The article delves into the implications for Iraq's future as a result of the current babyboom taking place among Iraqi youth, so it's of interest for that as well.  But with protests in Baghdad over the lack of jobs, we're noting it due to the jobless rate.

IraqiSpringMC‏ @IraqiSMCEn 48m48 minutes ago
The graduates of universities have demonstrated in Alwai area in the middle of Baghdad to demand Baghdad government providing them with job opportunities .
0 replies0 retweets0 likes

Ali‏ @blues1823 4m4 minutes ago
Replying to @BillGates @MarkRober
Sir i live in Iraq and I graduated from Computer engineering college two years ago and have no job yet, please help me sir
0 replies0 retweets0 likes

Again, this issue has festered for some time.  But Mahdi came to power after the protests began in Basra (July was when they started) so he should have had that on his lists of things to address in his first 100 days.  It's now around 124 days since he became prime minister and he's done nothing to address the lack of jobs.  He also still can't appoint a Minister of Defense or Minister of Interior.

Again, he's proven to be rather inept.