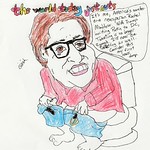 
we really need to wake up.  our lives are at risk more and more just living here.  raw sewage?  in what world is that acceptable?

i just don't get how the u.s. gets worse and worse and no one cares.  or worse, they're too busy pretending bill gates is a humanitarian.

Day 29 of veterans who have taken their lives this year is Andrew Mark Hollinshead who lost his battle with his demons. Ex REME 22yr and had served in Bosnia and Iraq. 
Reminder, Post-Traumatic Stress is not limited to Americans who served in Iraq. 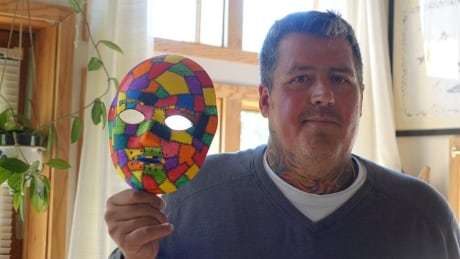 There are a lot of stigmas associated with Post-Traumatic Stress.  There shouldn't be.  We call it Post-Traumatic Stress here.  We agree with retired General Peter W. Chiarelli that "disorder" added to that term prevents some from seeking assistance.  PTS is hyper vigilance, it's the body's response to being placed in live or die situations.  While it can cause problems in civilian life, in combat it is the body's way of trying to protect you.  Re-adapting to civilian life can results in many issues and this is one of those issues.  Seeking treatment to address this coping mechanism is not a sign of weakness.

Soldiers with symptoms of PTSD often faced rejection by their military peers and were feared by society in general. #militaryawareness
0 replies1 retweet0 likes


Nor is this coping mechanism a reason to reject anyone.


It would be really great if those who are self-proclaimed "healers" would stop referring to PTS as "mental illness."  It is not mental illness.  Calling it that attaches a stigma that helps no one.

The Iraqi people have been trapped in a war made by foreigners for some time.  The effects on them are unknown.  But the war continues and so does the violence.

A body of a man dumped in a far off water well has been found in Al-Jazira area west of Mosul.
0 replies0 retweets0 likes

A civilian was wounded when an IED exploded in the industrial area of Taji district north of Baghdad.
0 replies0 retweets1 like


And here's some of the violence that Margaret Griffis (ANTIWAR.COM) reported last night:

At least five people were killed in recent violence, and five more were wounded:
An attack on a police patrol in Tarfawi left a police officer dead. A number of bodyguards were also reported killed.


Amid the ongoing violence, Iraq still lacks a full Cabinet.  There are 22 spots and Prime Minister Adel Abdul al-Mahdi only filled 14 of them last week.  The 14 approved?  They included not a single woman.  They also did not include a Minister of the Interior or a Minister of Defense -- the two agencies tasked with providing security to Iraq.

The political groups he warned about — a half-dozen factions whose backing he needed for his confirmation — jockeyed ferociously for control of key ministries, leaving Abdul Mahdi unable to deliver on his promise of a cabinet of “technocrats.” His picks to run the oil and electricity ministries may fit that description, but in other positions it seems clear that Abdul Mahdi’s choices were forced on him. None of the nominations came from an online application process he announced earlier this month, designed to attract fresh talent to government. Worryingly, his nominee for the powerful interior ministry is Falih al-Fayadh, who ran the Iran-backed militias known as Popular Mobilization Forces militias. (The vote on his nomination, and at least some of the others, is expected on Nov. 6.)


The difficulty Abdul Mahdi has already had with the cabinet-formation process bodes ill for the other challenges that lie ahead. Among those he prophesied in the May essay: resistance by political parties to the institutionalization of government departments, to ending rentierism in the economy, to the separation of powers between the legislative and the executive, to the dismantling of politically affiliated militias, and to transparency in security agreements with other nations, including Iran.

The deputy governor of #Iraq’s #Karbala province said more than 10 million pilgrims have arrived in the province for the #Arbaeen mourning ceremony tn.ai/1864387 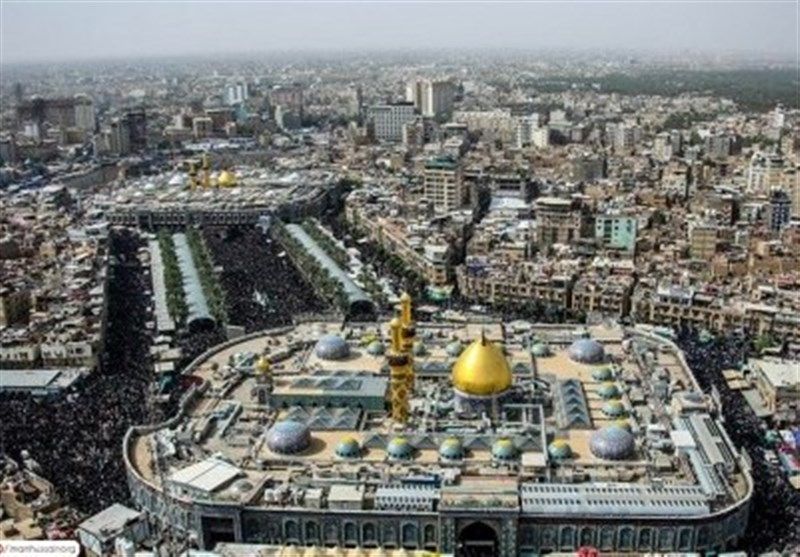 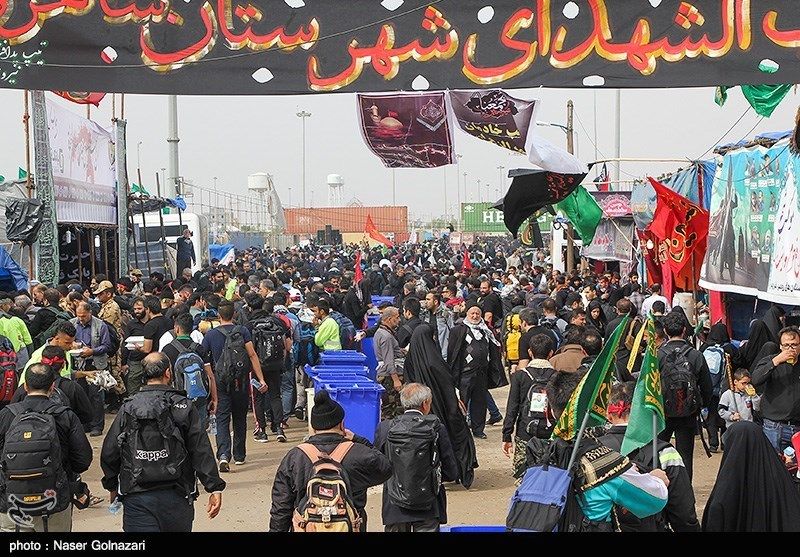 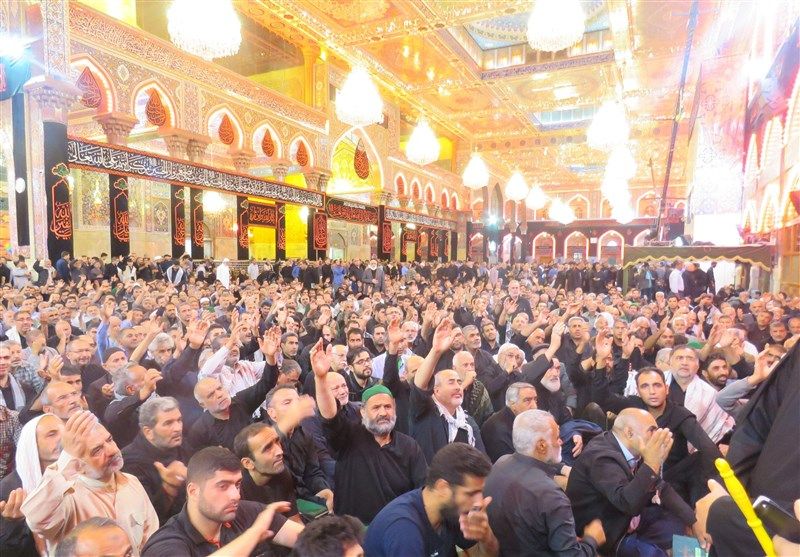 
Basra's MP Thawra Kadhim announced the intention of the 25 Basra Parliamentarians to suspend their own memberships in the Parliament, as a means to force Prime Minister Adel Abdul Mahdi to choose candidates from Basra in the new government.
Nasr Alliance's Kadhim said in a press statement that the Basra MPs are waiting to sign on a statement that was already written, and subsequently announce the suspension of their memberships.

al-Mahdi needs to get serious about the issues facing Iraqis.  That includes being targeted by their own government.

Since major protests erupted in Basra last July against corruption and a lack of services, demonstrators have claimed that shadowy sub-state elements within the security forces have carried out targeted killings,...
0 replies0 retweets0 likes


Since major protests erupted in Basra last July against corruption and a lack of services, demonstrators have claimed that shadowy sub-state elements within the security forces have carried out targeted killings, kidnappings, threats and torture.
Reports of these elements, apparently affiliated to powerful political parties and militias, have struck fear into Basra's populace as it demands a better basic quality of life.
Now, a report by Iraq's Joint Operations Command released this week would appear to vindicate some of the claims made by the protesters. According to the report, actors with "partisan influences" had succeeded in infiltrating the security forces.
The report, which focuses on two days of violence in Basra that began on 2 September and saw the destruction of the Iranian consulate and political parties' buildings, said that the nine protesters confirmed as killed during the unrest were targeted for "political reasons" by "saboteurs" loyal to political parties.
The news appears to confirm allegations made by activists, who have said they now exist in a state of fear over possible repression by Iran-backed groups in Basra.
One demonstrator, speaking to Middle East Eye, detailed his experience of being arrested, beaten and subjected to sectarian questioning under the direction of a man he believed to be an operative of a political party.
Mahdi Salah, a student at the Basra Technical College, explained how after being arrested with around 32 other people in August he was taken to a building belonging to the South Oil Company. During the journey to the building, around a kilometre away from the protest location, he was continuously beaten by police.


This echoes earlier periods in Iraq where authorities attacked protesters.


War is not the natural state.

Deep in another life

Cher's "Love Is The Groove" written by Betsy Cook and Bruce Woolley.


Meanwhile, Christian Christensen addresses the elements that led to last week's headlines in the US:


(1) About those bombs sent to Soros, Cinton, Obama, CNN and others: cultures of violence don’t emerge overnight, and the US media need to do some serious soul-searching about decades of coverage before Trump became President.
17 replies146 retweets359 likes

(2) First, media outlets (like CNN) turned the killing of innocent civilians in Iraq into pornographic prime-time entertainment, legitimating killing as tool of power to the US people...yet are now aghast at the use of violence. And, Iraq is just one case of many.
12:39 AM - 25 Oct 2018
2 replies38 retweets166 likes

(3) For decades US media watched in near silence as the death penalty was used - usually in wildly disproportionate numbers against African-Americans. That the US was one of the only wealthy nations in the world to use this barbaric tool wasn’t an issue. Cultures of violence.
1 reply26 retweets132 likes

(4) US news media also chose to ignore, until #BlackLivesMatter

made it impossible to do so, the use of lethal state violence against poor, African-American men. The message with this silence was/is that certain lives are disposable, and that violence of this kind is acceptable.
3 replies35 retweets134 likes

(5) A critical analysis of the existence of a shameful number of US citizens living and dying in abject poverty - in a country that proudly brags about being the richest in the world - without recourse to decent healthcare, was never addressed by US news to the extent required.
1 reply28 retweets114 likes

(6) As news media routinely knelt in awe front of the US military (a machine of violence), rarely was it asked by that media how many lives could be saved by cutting 5% of US defense spending & putting that into healthcare, food programs, poverty reduction. Cultures of violence.
2 replies31 retweets123 likes

(7) A failure (or unwillingness) to address the need for serious and effective gun control was also a hallmark of US news. 12,000 gun homicides a year didn’t seem to be serious enough, yet the relatively small threat of Islamic terror in the US was hyped. Priorities.
2 replies31 retweets109 likes

(8) Of course, all of this violence was enbraced (or ignored) by a US media owned and funded by corporations with a vested interest in a culture of violence, or worried that opposing military violence or fighting poverty would alienate advetisers, thus impacting the bottom line.
1 reply22 retweets85 likes

(9) This corporate US news media also had/has a vested interest in undermining forms of collective solidarity: from unions to fights for a living minimum wage. Individualism was pitched as the de facto US way of life, with "socialist" politics portrayed as weak and un-American.
2 replies26 retweets96 likes

(10) Then we have coverage of candidate Trump. When bragging about sexual assault, or encouraging supporters to assault protesters, the US news media remained "objective" and normalized his candidacy, calling him "different" or "provocative." US news media loved the theater. $$$.
2 replies23 retweets91 likes

(11) None of this absolves Trump. This is about how we got here. The US news media (like CNN) now pitch themselves as the wall of resistance against Trumpism, when the fact is that decades of their coverage of US society & politics helped set the table for what we see before us.
2 replies27 retweets90 likes

(12) Threats of violence are abhorrent, and any real analysis of Trumpism, and the mind-set that leads to bombs being sent, needs to re-connect with a culture of alienation and violence promoted for many years by news organizations. That analysis won't come from media themselves.
1 reply24 retweets82 likes