'skepticism?'  joe lauria of 'consortium news' is asking where it is.  he appeared on 'flashpoints' yesterday (c.i. told me about it and i listened).

there is no skepticism from the pack frothing at the mouth over the russia hysteria.

it's a distraction from real issues.

we really need to be done with this. 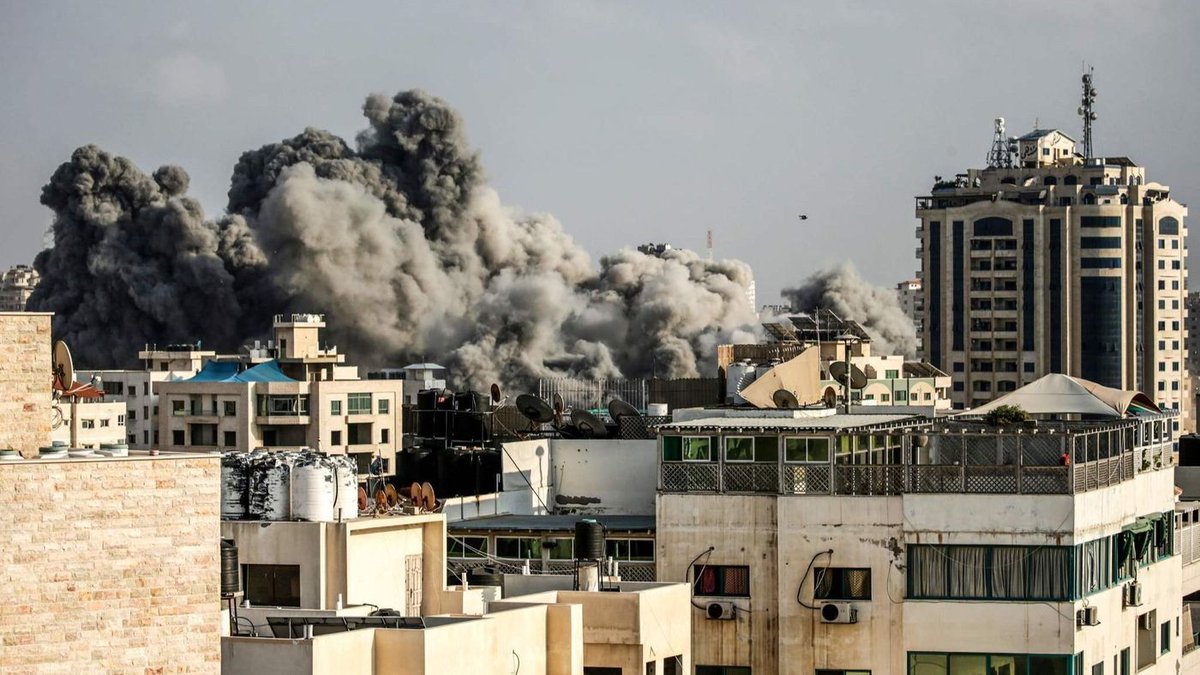 of course.  apartheid is supported by way too many people in the us.

Somewhere along the way professionalism flew out the window.  Woke, for some, appears to translate as babble incoherently.  No one needs to know your every thought, hope, dream, nightmare, opinion.  Here our focus is Iraq.  We will cover other topics -- abortion rights, for example -- but our focus is Iraq.  If I'm doing something else, like last Saturday's book review, I know I better have covered Iraq first.

With that in mind, let's turn to Human Rights Watch.  We'll get to Kenneth Roth but he's always an embarrassment so let's start with Sarah Leah Whitson.  In yesterday's snapshot, I noted Mohammed Tawfeeq's two Tweets before addressing Sarah and HRW::


#amnstyinternational says #Iraq authorities “Deliberately disabling the internet is a sinister restriction to the right to freedom of expression and strongly indicates that the authorities have something to hide."
0 replies1 retweet1 like

Mohammed Tawfeeq‏Verified account @mtawfeeqCNN Jul 19
#amnestyinternational said in a statement “We are closely monitoring the escalating situation across southern #Iraq and are extremely worried by reports that security forces are beating, arbitrarily detaining and even opening fire on peaceful protesters,” #protests
0 replies2 retweets0 likes


Amnesty International was addressing the issue last week.  Maybe if Human Rights Watch employees could drop the conspiracy theories, they'd have noticed it last week instead of this week?  Sarah, editing an exchange out of a press conference does not make it "a fake press conference."  It makes it an edited video and it makes it a censored video.  And these edits happened when Barack Obama was president as well -- even if Rachel Maddow didn't scream from her padded cell about it.

There are real issues in the world.  HRW doesn't seem interested in those issues -- or in human rights -- if you check out their Twitter feeds.  They're conspiracy nuts, that's what they look like and this will come back to bite them long after Trump is gone.

There are real world issues.  Sarah doesn't appear to grasp that reality.


Here's what she had reTweeted.  Again, there's a world of difference between "fake" and "edited" (or "censored").

Joyce Alene‏Verified account @JoyceWhiteVance Jul 24
Joyce Alene Retweeted Maddow Blog
The White House has posted a fake version of the video of the Trump-Putin press conference with a damaging Q & A where Putin said he wanted Trump to win edited out. 1984.
Joyce Alene added,

Not only was that nonsense -- heated rhetoric -- not only did it have nothing to do with human rights.  Turns out, it was also false.

Aaron Maté Retweeted Maddow Blog
The latest conspiracy theory from @maddow -- that the White House edited out a key question from Trump-Putin presser -- turns out to be false. @pbump shows that error came from a live video/audio switch issue. Will she & @MaddowBlog correct? washingtonpost.com/news/politics/…
Aaron Maté added,

Aaron Maté Retweeted Aaron Maté
Maddow's claim was widely picked up, including by @democracynow : (democracynow.org/2018/7/25/head…). They should update that, along w/ correcting false claim that Maria Butina is an "Accused Russian Spy" (twitter.com/aaronjmate/sta…).
Aaron Maté added,
Aaron MatéVerified account @aaronjmate
Still no correction from @democracynow for calling Butina an "Accused Russian Spy" -- "unregistered agent" would be correct term. If you don't take my word for it, see WSJ: (twitter.com/WSJ/status/101…) . On top of being factual, our best outlets should not normalize Russia-baiting. …
14 replies77 retweets196 likes

Aaron Maté‏Verified account @aaronjmate
The irony of @maddow 's now debunked claim is that it was centerpiece of a lengthy segment that culminated in her accusing Trump & the Russians of "deliberate trafficking in unreality." An apt description of her own Russiagate coverage: (theintercept.com/2017/04/12/msn…)
0:36
10.6K views
10:52 AM - 25 Jul 2018
47 replies143 retweets347 likes


Rachel Maddow is a fool and anyone who knows the embarrassing way she used her parents to stay on AIR AMERICA RADIO knows that (at least with MSNBC she just blackmailed them like a grown up -- her whole sexist charge to AP that she immediately dropped when they offered her a job).

But Sarah Leah Whitson represents Human Rights Watch.  She's supposed to traffic in honesty.  People depend upon that organization.  She's yet to reTweet the fact check from THE WASHINGTON POST.  She put false information out there by reTweeting and she's yet to correct it.  It never should have gone up to begin with.  It's not about human rights.

Nor is this at the top of Twitter today:

That is not funny.  That is disgusting.  If that was Harry Belafonte's star destroyed, I'd hope we'd realize how offensive that is.  I would hope we'd be outraged if it was Carole Lombard's star.  The Walk of Fame is not about one person, however.  And to encourage or applaud or giggle over the destruction of any piece of it is outrageous.

This is a tourist attraction, this is piece of entertainment history.  It is not funny that any star was destroyed no matter who the star was.  This is offensive.  It's not a political statement, it's the destruction of history.  I'm appalled that HRW -- which repeatedly calls out the destruction of historical sites in other countries -- thinks they can giggle and be amused over this.

The only reason to put that on her Twitter feed was to call out the destruction of an ongoing historical project.   Does she not understand that she works for Human Rights Watch and that she's judged by a different standard as a result.


Sarah's Twitter needs to reflect her role at HRW.

Two Tweets.  One in English and one in Arabic.  When?

When HRW finally releases a statement on the Iraqi government attacking the protesters.

This week, HRW finally got around to doing what Amnesty International did last week.

Maybe if Sarah would stop fancying herself the new host of THE DAILY SHOW and, instead, focus on what's she supposed to, HRW could have issued something much sooner, before the death toll rose further, in fact.

Let's go over to Kenneth Roth.

Max Blumenthal‏Verified account @MaxBlumenthal 17h17 hours ago
Ken Roth has controlled Human Rights Watch for 25 years, answering primarily to a small cadre of billionaire donors and elite foundations. I call on the dictator Roth to step down and hand over control to a real constituency, especially those on the other side of Western guns.
16 replies84 retweets185 likes


And he's done it very poorly.  We'll get to one issue in a second.  Let's deal with impartial and non-partisan which HRW should be.  As we noted repeatedly in snapshots over the summer of 2016 up to the 2016 election, Kenneth didn't need to be using his Twitter feed to martial votes for Hillary Clinton.  He thought he was cute.

Kenneth has never been cute.


A lot of people should be off social media.  They don't appear to realize the damage they do (and are doing).  HRW has enough troubles without the nonsense on Twitter from Kenneth and Sarah.

Max Blumenthal‏Verified account @MaxBlumenthal 18h18 hours ago
Max Blumenthal Retweeted Kenneth Roth
Not even the death counts by anti-Sandinista “human rights” NGO’s in Nicaragua claim the govt killed 300 demonstrators. The number is closer to 60, including armed militants. About as many were killed on govt side. Also, Ken Roth is an imperialist fraud. tortillaconsal.com/tortilla/node/…
Max Blumenthal added,

Kenneth RothVerified account @KenRoth
According to Nicaragua's Pres Ortega, everyone is to blame for the killing of some 300 demonstrators against his corrupt and repressive rule other than himself. bit.ly/2Lz6yp6
21 replies179 retweets270 likes


HRW has enough problems.  I'll be kind and leave it with Max Blumenthal's Tweet (there are many more examples -- like the terrorists known as the White Helmets).  By engaging in the nonsense Sarah's doing, she's degrading HRW.  She and others need to be Tweeting about issues that matter.  HRW has enough image problems without directors at HRW adding to them.

Al Bawaba News‏Verified account @AlBawabaEnglish 5h5 hours ago
Southern Iraq has experienced protests before. But these ones are larger, angrier, and the government has no immediate solutions.
1 reply24 retweets46 likes

The lack of basic energy needs feels like an especially cruel irony to the residents of Basra, who are living on top of Iraq’s vast deposits of “black gold” – its crude oil. Iraq exports the majority of its oil, and has even doubled its exports over the past decade. Yet due to corruption and inefficiency, southern Iraqis have seen no returns from the vast wealth beneath their feet. But without the adequate infrastructure, Baghdad cannot turn this natural wealth into relief for its citizens in a hurry even if it wants to. Protestors have made their frustration with this paradox clear – several have attacked oil installations.
This leaves the Iraqi government with extremely limited options for calming the protests. Citizens have completely lost faith in their established authorities and the parliament in Baghdad. During these demonstrations, protestors ransacked government buildings, ministries and branches of the different political parties to vent their frustrations. But what will be especially challenging for the government is that, unlike southern Iraq’s previous protests, there is no figurehead with which to negotiate, and no single agenda that can be addressed quickly.
Beevor goes on to quote NIQASH reporter Mustafa Habib but we'll note this from his latest article:

The demonstrations about poor state services started in Basra on July 14 but have since spread to nine other provinces, as well as the capital, Baghdad. But there have been no similar protests in Sunni Muslim-majority provinces – and that is despite the fact that the living conditions there are not necessarily better in central and northern Iraq, and in some cases, could even be worse. So why isn’t anybody protesting there?
“We share the concerns of our people in the south,” Abdul Rahman al-Fahdawi, one of the community leaders among Ramadi’s tribes in Anbar, told NIQASH. “Our living conditions are not much better than those in Basra or Dhi Qar and in some cases, they may even be worse. Our homes have been destroyed and there is no infrastructure because of the military operations against the terrorists. But we cannot participate in the demonstrations because we will be accused of being terrorists and Baathists who want to destroy the government.”
When people in Sunni Muslim areas started anti-government protests several years ago, they were peaceful, al-Fahdawi adds. “But the government never responded to our protests for over a year,” he says, which eventually made it possible for the rise of the extremist Islamic State, or IS, group, who base their ideology on a particularly extreme and perverted view of Sunni Islam. The IS group played upon the Sunni population’s dissatisfaction with the Iraqi government, then headed by prime minister Nouri al-Maliki, and the way the government cracked down on the protestors.