the israeli government has become its own worst marketing.

the world is too awake and paying too much attention not to notice reality.

George Galloway‏Verified account @georgegalloway Jun 3
This young woman has been buried in the ground in #Gaza deliberately shot to death by an Israeli sniper while in her white coat with her hands up. Which part of this War Crime do our political class and their hireling media not understand? #RazanNajar 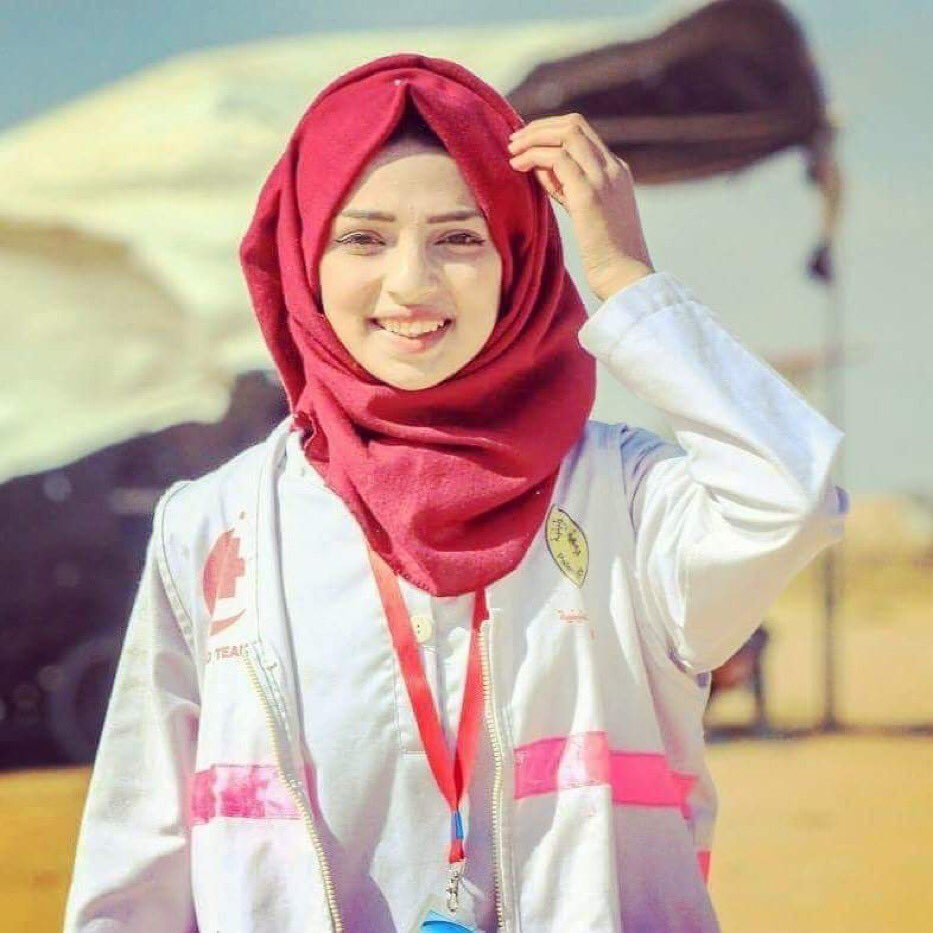 
she was killed.  she was murdered.

the israeli government assassinated her.

there is no way to pretty it up.


18 years after the ongoing Iraq War began, we finally have an answer as to why.

Kate Hoit‏Verified account @KateHoit 11h11 hours ago
Kate Hoit Retweeted Leo Shane III
Dear @Eagles, Iraq War veteran here. I don’t agree with the President (at all). Take a knee. Kneel in the face of injustice. You have the right to protest. That’s what we fought for and will continue to defend. #TakeAKnee
Kate Hoit added,


Kate Hoit explains that the Iraq War was about the 'evildoer' Saddam Hussein refusing to allow American football players to take a knee.

And wherever Kate sees an evildoer refusing to allow someone to take a knee, she will be there.

Do the lies ever stop?

"The Iraq war is largely about oil," former Federal Reserve Chairman Alan Greenspan says in his new book -- an assertion disputed by lawmakers and the U.S. Defense secretary.
"I'm saddened that it is politically inconvenient to acknowledge what everyone knows," Greenspan, 81, writes in "The Age of Turbulence: Adventures in a New World."
Greenspan writes that the attention given by developed nations to the political situation in the Middle East is directly tied to oil security.
"Whatever their publicized angst over Saddam Hussein's 'weapons of mass destruction,' American and British authorities were also concerned about violence in an area that harbors a resource indispensable for the functioning of the world economy," he writes.

11 years ago, Greenspan was forced to walk those remarks back due to outrage.  The outrage should be over the fact that even now the truth cannot be discussed honestly.  Greenspan's remarks above are not off the cuff statements from an interview.  He thought about them, he wrote them down, he read them in the galleys and he okayed their publication.  He knew exactly what he was writing.

You were not fighting for freedom to take a knee, Kate.  You might have been fighting for the 'freedom' of low gas prices.  But don't ever pretend this was about some wonderful free speech issue because it was a war of lies.

It's 18 years on and people are still fighting in the Iraq War.  Don't you think it's time you got honest?  Do you seriously intend to lie your entire life?

It's an ongoing war.  It will probably continue until we can get honest.

I don't want anyone dying in this war.  And no US troops should be there to begin with.  But until we can get sanity in our government, US troops will continue to be sent to Iraq.

US troops need to come home.  The Iraqi people need to be allowed to sort out their future.  The US needs to stop installing puppets in Iraq.  If you believe in democracy and self-determination, then you shouldn't support this 18 year war that shows no end in sight.


IRAQI NEWS reports a clash outside Samarra left 2 militia members dead and four more injured (no reports of ISIS deaths or injuries in the clash) and, yesterday, four militia members were killed in a clash with ISIS in Salahuddin Province.


In other violence, Turkey and the PKK.    Aaron Hess (International Socialist Review) described the PKK in 2008, "The PKK emerged in 1984 as a major force in response to Turkey's oppression of its Kurdish population. Since the late 1970s, Turkey has waged a relentless war of attrition that has killed tens of thousands of Kurds and driven millions from their homes. The Kurds are the world's largest stateless population -- whose main population concentration straddles Turkey, Iraq, Iran, and Syria -- and have been the victims of imperialist wars and manipulation since the colonial period. While Turkey has granted limited rights to the Kurds in recent years in order to accommodate the European Union, which it seeks to join, even these are now at risk."

Over the objections of the Baghdad based government, the Turkish government has repeatedly bombed norhtern Iraq and sent Turkish troops into Iraq on the ground to attack.  The US government has backed this.

Farmers and villagers have been killed as Turkey has insisted it was killing PKK.


Turkish jets “neutralized” three PKK terrorists in northern Iraq, according to the military on Wednesday.
In a statement, the Turkish General Staff said the airstrikes targeting the terror group were carried out in northern Iraq’s Zap region.
Turkish authorities often use the word "neutralized" in their statements to imply that the terrorists in question either surrendered or were killed or captured.

Deputy Prime Minister Bekir Bozdag told reporters Monday that militants of the Kurdistan Workers' Party, or PKK, frequently carry out attacks against Turkey from bases in the Qandil mountains and elsewhere in Iraq.
Bozdag said "everyone knows that Qandil is a center for terror. Turkey could enter Qandil, everything is possible at any time."

At this point, it's worth noting WikiLeaks revelations on the PKK suggest that the US government also backs them from time to time.  Worth noting because YENI SAFAK is reporting:


Turkey’s possible Qandil operation has thrust the U.S. front into panic. There are claims that once Qandil, the main base of the Kurdistan Workers’ Party (PKK), is cleared of terror elements, the group will relocate to Sinjar. The U.S. deployed 200 troops to Sinjar, which is being evaluated as a move to protect the PKK. This deployment was confirmed by the Sinjar District Governor.
There are claims that Special U.S. Presidential Envoy for the Global Coalition to Defeat Daesh Brett McGurk, who met with members of the terror group in June 2016, pointed to Afrin as an alternate to Qandil. Once the Afrin option was off the table as a result of Turkey’s ongoing Operation Olive Branch, Sinjar was presented as an alternative.

US troops are not used to protect freedom, they're used as toys in a destabilization operation.  That's outrageous.  They need to all be brought home.