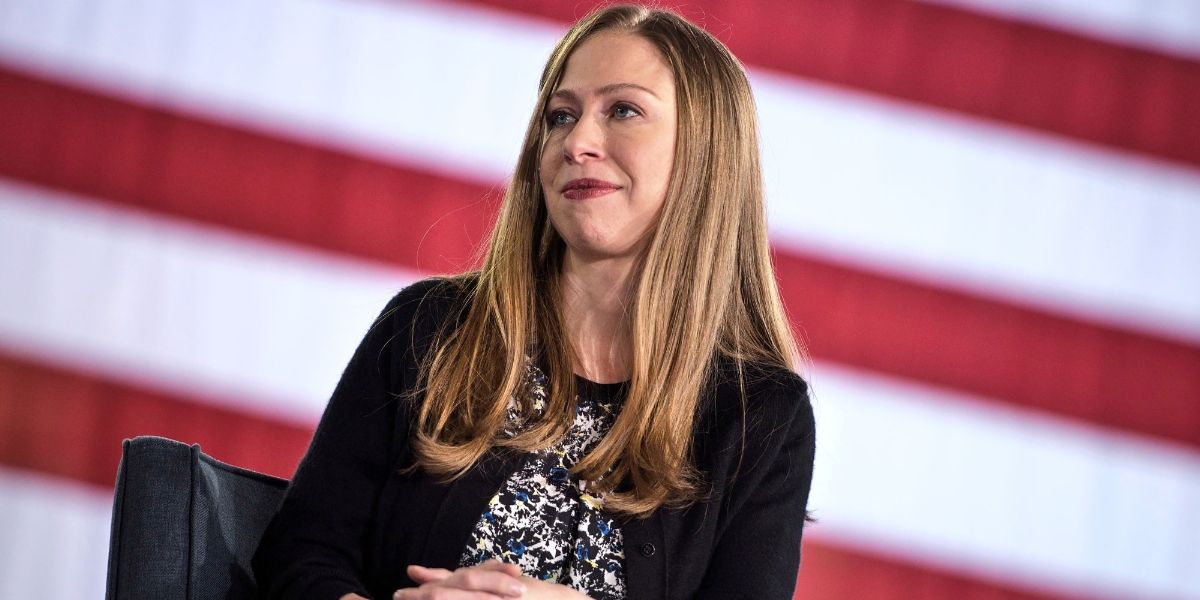 it's like when they pretended hillary was 'the most qualified presidential candidate' ever.

give me a break.

she wasn't even the most qualified in the democratic party primary.

she's a spoiled runt who has been handed every break in the world and she still hasn't been able to amount to anything.

Friday, April 28, 2017.  Chaos and violence continue, The Mosul Slog continues, bickering continues between the governments of Qatar and Iraq, national reconciliation is declared doomed by State Of Law, and more.

Not hyperbole: Many in the media have a bigger problem with Obama being paid for a speech than they had with Bush invading Iraq.
2 replies5 retweets9 likes

And what of those hypocrites who have a problem with Bully Boy Bush starting the Iraq War and Barack Obama refusing to end it?

Cat got your mouse and keyboard, Bruce P. Knight?


Iraqis aren't as lucky as Bruce, they are silenced but not by hypocrisy.


THE REGISTER reports that the Iraqi government is again shutting down the internet, most recently yesterday morning

It's amazing how little outcry there is over this attack on freedoms or over the US arming and aiding a government so clearly corrupt and unable to reform.

On that, the Iraqi government has refused to pursue reconciliation.

This despite the 2007 'benchmarks' for continued US funding devised by Bully Boy Bush and signed off on by both the US Congress and the then-Iraqi prime minister Nouri al-Maliki.

Yet, somehow, US funds, arms and troops still go over to Iraq.

What will it be tomorrow?

ISIS only rose to prominence in Iraq because Nouri al-Maliki refused reconciliation and persecuted the Sunni people.


THE BAGHDAD POST reports that MP Mohamed al-Ja'fari has said that the reconciliation is "doomed to failure."

This is just one opinion, right?

He's a member of State Of Law.

State Of Law is the political coalition created by Nouri al-Maliki to avoid running with his political party (Dawa).  So State Of Law is making clear that they remain opposed to reconciliation.

He's also a member of Nouri's State Of Law coalition.

Which explains why he does nothing to bring about reconciliation either.


So get ready because the never-ending Iraq War is never going to end.

As long as the government persecutes a group, some organization will rise up -- it's the basic reaction to persecution.

#Mosul: #ISIS has killed the #Iraq|i Colonel and commander of the 18th Brigade Khader Tal Morshedi in Western #Mosul. 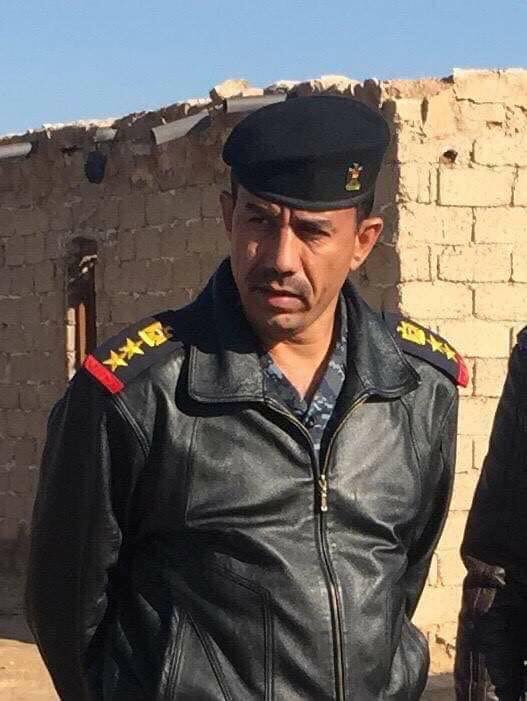 This week, Doctors Without Borders noted:

The hospital opened by Doctors Without Borders/Médecins Sans Frontières (MSF) in Qayyarah, Iraq, last December is around 35 miles (60 km) south of Mosul. Distant enough not to hear the sounds of airstrikes and rocket fire, but sufficiently close for the wounded to be brought in when medical facilities nearer the front line are no longer able to cope.
On February 18, the Iraqi army launched an offensive with the support of the U.S.-led coalition to retake west Mosul, the part of the city still under control of the so-called Islamic State.

The fighting has claimed many victims, and large numbers of people continue to flee from neighborhoods being gradually recaptured by the army. Some of those displaced by the fighting have ended up in camps in Qayyarah. The MSF team is now caring for patients from west Mosul, displaced persons camps, Qayyarah town, and the region.

Hospital for medical and surgical emergencies

MSF staff respond to an influx of wounded patients. Photo: Brigitte Breuillac/MSF
The MSF team treats medical and surgical emergencies as the hospital in Qayyarah has an emergency room, operating theater and inpatient departments. The level of activity is intense—between January and March, more than 3,750 patients were admitted to the emergency room.
A four-bed intensive care unit was recently opened to provide care for burn victims, patients in shock and other critical conditions.
The team in the emergency room sees patients wounded by airstrikes, explosions, mortar fire and land mines. Away from major roads, there are still mines that occasionally injure children, farm workers and shepherds. In west Mosul, whole families sometimes fall victim to the fighting.
Below, MSF emergency doctor Ana Leticia recalls the story of a family caught in an explosion while trying to escape west Mosul.

The mother was in a state of shock when she arrived. Her 12-year old daughter looked after her younger brothers and sisters while waiting for her mother to be cared for by the MSF psychiatrist and get better.

MSF has set up mental health consultations in Qayyarah for patients from the hospital and displaced persons’ camps. The team—a psychiatrist, two psychologists and a counsellor—treat adults and children alike.
Psychiatrist Joëlle Vernet set up the provision of mental health care in the hospital. "People have endured extremely tough situations," says Vernet. "And they still don’t feel at all safe, particularly as the bombing hasn’t stopped and there are soldiers and the sound of gunfire everywhere. They live in fear, they’re scared of reprisals. They don’t know what they can say or who they can say it to."
Many child patients are suffering from intense distress and displaying behavioral issues as a result, she says. "It was even harder for the parents—in reality mostly mothers, as the fathers were no longer with them. They didn’t have the strength to cope with their children’s pain and emotions. So our work was not just treating the child, but also treating the mother too, and child and mother together.
MSF hospital in Qayyarah is currently the only hospital structure properly set up to receive children in the area of Ninewa. Around half of all patients receiving treatment in the emergency room are under the age of 15.
Of the 192 patients who attended a mental health consultation from the beginning of February to mid-April, 30 were children under the age of 13.

A child is treated for burns in the Qayyarah hospital. Photo: Brigitte Breuillac/MSF
8-year-old Duha and her family lived in west Mosul. Last month, their home was hit in an airstrike. Her mother, father and 16 other people in the house at the time were all killed in the bombing.
Duha was the sole survivor. A neighbor dug her out of the rubble, but her head, hands and one leg were severely burned. She now lives in east Mosul with her uncle who brings her to the hospital regularly to have her dressings changed.

As the Iraqi army advanced into west Mosul, many families were able to escape. The MSF team has been seeing children with acute malnutrition, affected by food shortages in besieged West Mosul.

Since the start of the military offensive to recapture Mosul in October 2016, MSF teams have increased medical and humanitarian assistance in Ninewa governorate. Across the country, MSF is working alongside Iraqi health staff in 10 governorates to ensure that the population has access to emergency medical care, including mother and child care.

Over 18 months ago, 26 citizens of Qatar were kidnapped while on a hunting trip in Iraq.  Last week, they were freed.

What should have been good news has instaed resulted in a back and forth of claims.

Who paid the ransom, where did it go, who is responsible . . .


The deal to secure the recent release of a Qatari hunting party kidnapped in southern Iraq went ahead with the "full knowledge" of Baghdad, officials in Doha claimed on Thursday, after Baghdad accused the Gulf emirate of paying ransom money without its approval.
Qatar regularly consulted with Iraqi officials during the tense negotiations with kidnappers, it claimed, in the first official statement made by the normally secretive government in Doha since the release last week.

Qatar’s Foreign Minister, Sheikh Mohammed bin Abdulrahman Al-Thani, told Doha-based Al Jazeera late on Wednesday that Baghdad had been consulted about the money he said was sent “to support the authorities in the release of Qatari abductees.”
“Qatar has provided funds to Iraq in an official, clear and public manner,” Sheikh Mohammed said. “Qatar did not deal with armed groups outside the authority of the (Iraqi) state.”


Governments have longed made deal with designated terrorist groups in Iraq (this includes the US government, see 2009's deal, for example, with The League of Righteousness) but then they try to deny any such deal was made.