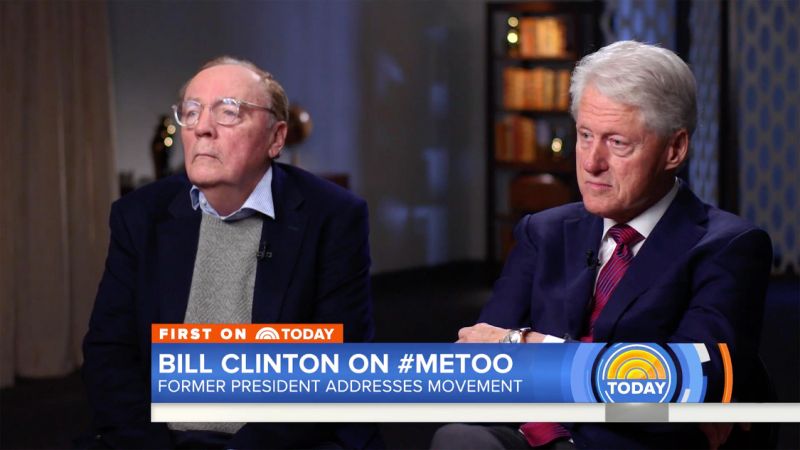 Thursday, June 7, 2018.  Burn pits get some media attention (and a hearing later today), the Iraqi Parliament decides to toss out the election results and -- what's that smell?  Oh, it's Medea and Jodie of CodeStink -- somebody crack a window.

CODEPINK‏Verified account @codepink 21h21 hours ago
"After watching in horror how the US invaded Iraq and the terrible consequences for the Iraqi people, I am determined to do everything I can to stop a similar situation in Iran." iranian.com/2018/06/05/med…

Medea is making a spectacle of herself in the photo above.  It's from a September 16, 2014 hearing -- we reported on it in that day's snapshot:


This morning in DC, the US Senate Armed Services Committee held a hearing on the issue of Iraq, Syria and the Islamic State which they insist upon calling the Islamic State of Iraq and the Levant.  They shorten it to "ISIL" which they insist upon pronouncing as a word making it sound as if they're referring to a renegade von Trapp family member, one who goes around singing "Sixteen Going On Seventeen."
The hearing opened with a small number of protesters declaring "No more war!" and other statements before Committee Chair Carl Levin brought down the gavel and called the hearing to order.
Once the hearing started, CodeStink's Medea Benjamin would attempt to grab some headlines by yelling at the top of her lungs.
Chair Levin would ask her to take a seat or leave -- repeatedly.  It was hard to tell what offended Carl more, Medea's screeching or her visual frightmare of her camel toe and exposed muffin top (her shirt rode up because she was holding a sign which read "MORE WAR = MORE . . . EXTREMISM").
As she was escorted out of the room, Carl Levin offered, "Thank you for leaving and thank you, good-bye."
Fake Ass Medea was the topic of Isaiah's comic on Sunday and, in "TV: Barack's Delusional Love Slaves," Ava and I noted her ridiculous and craven whoring for the White House which found the alleged peace activists (reality, she's just an attention seeker) insisting:
I think President Obama has been hounded by the media, by the war hawks in Congress, mostly from the Republican side but also from the Democrats, and is going into this insane not only bombing in Iraq, but also talking about going into Syria, at a time when just a couple of months ago the American people had made it very clear that we were very tired of war.

Poor little Barack.  President of the United States, bullied by those mean members in the press, putting ice on the bruises left by Maureen Dowd's printed punches, oh, poor Barack on the ropes again.  Poor baby.  If only he had power, if only he had a spine and a mind and . . .

CODEPINK‏Verified account @codepink 21h21 hours ago
"After watching in horror how the US invaded Iraq and the terrible consequences for the Iraqi people, I am determined to do everything I can to stop a similar situation in Iran." iranian.com/2018/06/05/med…

Not a damn thing.

Medea was talking Syria, that day.  She'd again lost interest in Iraq.  I remember it so well.

I also remember when CodeStink tried to sell the Afghanistan War after Barack became president but, big surprise, Jodie Evans was a bundler for Barack -- not her own money, she had none, she had to marry a dying man to get money because she has no agency of her own.  The marriage?  She was like a nun who gave herself to Christ in a sexless marriage.  What a proud moment for womankind, you go, Jodie, be the 'political' Anna Nicole Smith.

A Republican is in the White House so CodeStink want's to return to 'action.'

What's this 'brave' 'women's' group to do next?

Call for another hunger strike?

Because what says women action more than a hunger strike?

In a country where an estimated 10 million women suffer from eating disorders, what's better than women the media has put into fake leadership declaring that women should starve themselves?

CodeStink, you long ago made yourself a joke so now you're just an old joke.

And all who can't let go of Hillary's loss in 2016 -- please read what Jodie and Medea wrote and said about Hillary in 2008 and please remember that though John Edwards voted for the Iraq War and Barack stated to THE NEW YORK TIMES that he didn't know how he would have voted in 2002 if he had been in the US Congress, CodeStink only bird dogged one candidate: Hillary Clinton.  They showed up at every one of her rallies to heckle her and shout over her.


CodeStink won't fool the anti-war left but they might have had a chance at fooling the so-called 'resistance.'  Don't worry, Jodie and Medea, I'm here to remind everyone of just how fake you are.

While we're telling truths, a number of e-mails are asking about Vet Voice and about privatization of the VA.  I have never called for privatization.  I do, however, recognize that there are needs are not being served.

Vet Voice doesn't recognize that because they're not a veterans organization.
.

Voice Vet is for veterans of 21st century wars.

There's nothing wrong with serving one segment of veterans.

But don't pretend you're speaking for most veterans.

And when it comes to healthcare -- veteran or civilian -- the ones most in need of it are the older population.

In other words, Voice Vet's population is in need of healthcare at much lower rate than groups like PVA and the VFW.

Voice Vet's not encountering the 74 year old man I encountered last week.  He needs a heart cath.  The VA has sent him to a doctor in one geographic region.  That cardiologist can't do the cath.  The veteran is in the Choice program -- which isn't really the VA -- as he found out every time he'd speak to a choice rep.  He needed to go to a different cardiologist.  The cardio doctor the VA referred him to went through the program to refer him to another doctor.

Well, he's not just in Choice.  He is in some form of Choice called PC3.  It's a tiny subset and if you're in it, you are screwed.  Very few doctors of any kind are available.

He'd needed a heart cath and had been going through this nonsense for 8 weeks.  He is on warfarin and each time he thought he'd be about to get the procedure -- because it was scheduled -- he'd start to tape off on that medication only to have the PC3 aspect of the program repeatedly cancel his appointments.

(A member of the Senate Veterans Affairs Committee kindly got the issue taken care of when I reported this to his office.  Otherwise, the 74 year old man might still be waiting.)

There's nothing wrong with Voice Vet.  And hopefully it will grow its membership and become a strong VSO.  However, it is not the voice of all veterans and it is not about serving the needs of all veterans.

Different populations have different needs.  Voice Vet can serve a population whose voice might not be heard otherwise.  But that does not mean it speaks for every population in the veterans community.


Let's stay with the topic of veterans for a bit more.  Perry Chiaramonte and Lea Gabrielle (FOX NEWS) report:


Thousands of veterans and former contractors have developed cancer, respiratory problems and blood disorders from their exposure to toxins from the flaming pits, and many have died. More than 140,000 active service members and retirees have put their names on a Burn Pit Registry created by the Veterans Administration.
[. . .]
By the time [Lt Dan] Brewer arrived in Iraq, the pits had already been burning for more than two years, spewing a toxic compound of smoke and soot from smoldering trash, medical waste and hazardous chemicals.
“Everybody thought this is the way you do it, and I’m saying to them at the time, you know, ‘This isn’t good,’" Brewer said.
"I saw early on that this was going to be a problem for the health of our troops. A problem of liability for the U.S. government down the road, and I didn’t know how we’d ever win over the Iraqis when we were doing this in their country.”

Brewer can still recall what it was like to be up close to the burn pits.
“I’ve had times I’d be around burn pits and you’d go wash your clothes and you still smelled it,” he recalled. “It’s odor…you’re smelling it and it’s just…the fumes are everywhere.”
Troubled by his findings, Brewer returned back to the United States to present his findings and recommend to superiors at the Pentagon’s Central Command (CENTCOM) the use of industrialincinerators. His audience was less than receptive.
“They, for probably a year and a half, stonewalled me and wouldn’t let me publish it,” he recalled.


In other news, ALJAZEERA reports that Iraq's 11 million votes are now in question because the Parliament has demanded a full recount.  The Parliament, of course, does not have this power.  Nor is it the new Parliament.  Instead, it's composed of people who may not have been re-elected.  Totally non-biased group, right?

They don't like the results so, a month after the election, they insist that the machines did not work properly.


At least 17 people have been killed and 80 wounded by explosions that destroyed a mosque in the Iraqi capital Baghdad, medical sources say.
The government said the blasts on Wednesday night were the result of the detonation of an ammunition cache in the Shia Muslim district of Sadr City.
It did not give an exact location of the cache, but some security officials said it was inside the mosque.
The mosque was used by supporters of the Shia cleric Moqtada Sadr.