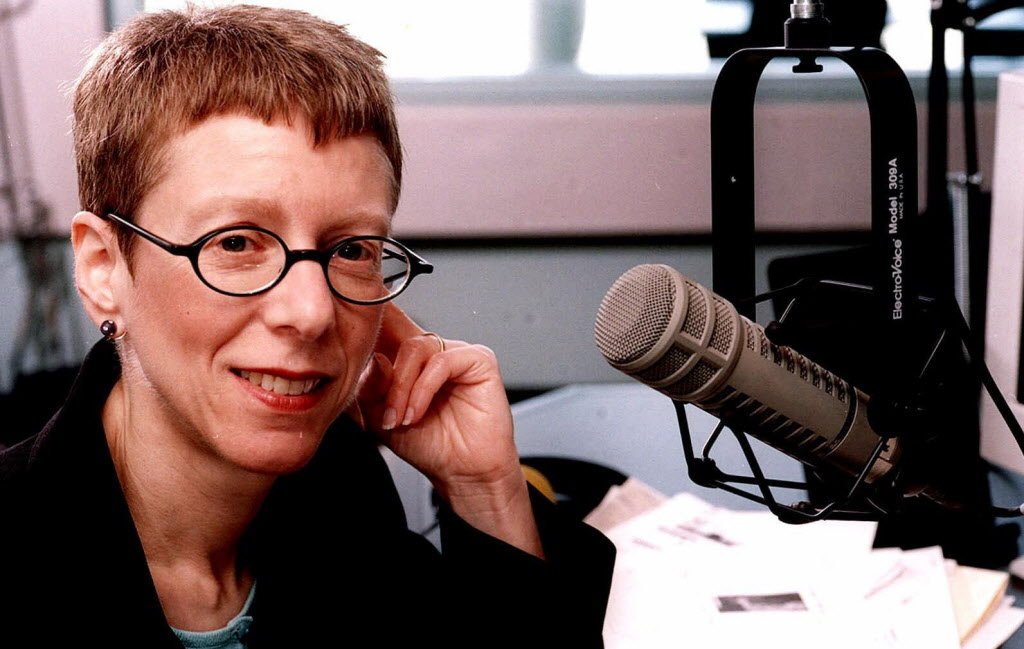 am i alone on this?

i liked 'talk of the nation.'

it was the last good show npr had.

and they took it off.

what they've left on is meaningless drivel.

and all they do is pimp propaganda.

david folkenfeck or whatever his name is?

i'm on the same left mailing lists he is.

there's not an original thought in his head.

it would be nice if we could have a quality news program on npr.

instead we've got a bunch of talk-fluff.

Alyssa, I'm telling you not to Tweet politics.  And I didn't vote for Donald Trump.

I'm telling you it because you have (a) a herd mentality and (b) you are so woefully uninformed.

Calling you "ignorant" would be generous.

You've never done the work required.  And, Alyssa, I know you.

You have every right to Tweet about anything you want -- we all can weigh in.

But for your own image, I'd urge you to find something else to Tweet about.

You're a misguided and misinformed stooge whose Tweets are reactionary and back up war while you're not even aware of it.


From a professional point of view, it's not smart to take money from Atkins and to offer Tweets that insult a good portion of the American people but your people have already told you that.  (Atkins is also considering parting ways with you at the end of your current arangement.)  They hired you to popularize their product.  That's why a lot of us don't do advertising -- it's whoring.

But you wanted to keep you name out in front of your public -- such as it is -- and so you agreed.  But you're not living up to the bargain, are you?

However, my concern is your deep stupidity and lack of curiosity which leads you to accept simplistic pronouncements that encourage violence and war.

I was having a debate with a friend last night on the phone that turned into an argument.

She's an actress who can't stop her nonsense Tweets about Donald Trump being evil and the Democrats being salvation.

He may or may not be.  Time will tell.

Are Democrats the salvation?

And she was raised in a Socialist family.

And we both used to listen to Gore Vidal go on (constantly) about the boiled frog.

The Democrats are not the answer.

Maybe if they were pushed.

Susan Sarandon's pushing them.  Which is why hacks like Debra Messing get so angry.

Everyone should be pushing them.

No, you don't have a right to our votes.

And if the Democratic Party wants our votes, it damn well better try to earn those votes.

If all your money goes to rent and food, you're not making a living and we need to stop kidding otherwise.

Alyssa, my friend and I live very fortunate lives.

We need to be aware that many others are not so fortunate.

These are the people the Democratic Party has abandoned -- a party that can't even publicly mention the poor, a party that should have declared one of their so-called wars on the issue of the homeless long ago.  If 10% of what's been spent on the 'war on drugs' in any year was spent on addressing the homeless, the people would be better off.

The Democratic Party has joined the corporations in fleecing the American people.

That's not going to turn out any votes.

And Alyssa and others can tell themselves they're so damn superior to Trump or whomever because they say the right things but words don't keep a roof over your head or food on your table (unless you're a paid writer).

The Democrats need to be pressed to earn votes.

They don't need to be defended.

They have lined their pockets with corporate donations.  Nancy Pelosi is a lousy leader but gets to hold on (for now) because she brings in so much corporate cash to each election cycle.

The party's entirely about greed.

I doubt that will change.

But you can pressure them to make concessions to We The People.

And you don't do that by castigating Susan Sarandon.

You do that by saying more people are going to walk -- like Susan -- if you don't start addressing the basic needs, the reason political parties exist, which is jobs.  You're going to keep losing if you can't defend the safety net -- which needs to be increased, not gutted.


Some on the left political spectrum in the US are suspicious of Trump's foreign policy, and for good reason. US imperialism's war agenda is non-negotiable. Trump's status as a billionaire champion of American (white) exceptionalism does not necessarily breed confidence in Trump’s rhetorical gestures to scale back key points in US foreign policy. His Administration should be resisted at every turn for current and future war provocations against Iran and China. His Administration should be held accountable for the deaths of thirty people in Yemen during the late January Commando raid just as Obama's Administration should have been held accountable for killing thousands of people in Yemen, Pakistan, and Afghanistan by drone strike over the course of eight years.
But the anti-war movement died the day Obama was elected, leaving the contradictions that were brought to the fore throughout the Presidential electoral cycle unaddressed. One does not have to support Trump or refrain from struggle against the GOP to recognize that Trump's rhetorical gestures against regime change in the Middle East and Russia came from somewhere. These statements are the product of a rapidly changing world. In this world, the US can no longer call itself the only most influential or dominant global power. Russia's geopolitical significance, China's unprecedented economic growth, and the stagnation of the US economy have forever changed the international order of things.

U.S. military advisors are now fighting alongside Iraqi forces near the front lines against Islamic State, a sign of President Trump's willingness to grant more latitude to American commanders than they've had since Iraq’s ground war against the militants was launched more than two years ago.
The Trump administration has not yet granted new authorities, but has loosened the reins for U.S. generals running the war, allowing hundreds of U.S. troops to join advancing Iraqi forces as they embark on their most complex mission to date: liberating Mosul, their second largest city.

Thank you, Cult of St. Barack.

When he sent US troops in back in 2012, you said nothing.

Let me spoon feed you:


There's the fact that Barack sent a brigade of Special-Ops in during the fall of 2012. Tim Arango (New York Times) reported, "Iraq and the United States are negotiating an agreement that could result in the return of small units of American soldiers to Iraq on training missions. At the request of the Iraqi government, according to General Caslen, a unit of Army Special Operations soldiers was recently deployed to Iraq to advise on counterterrorism and help with intelligence."


That was reported right before the 2012 presidential debates.

But no one 'moderator' brought it up.

And in 2014, when Barack sent in 'advisors' and 'trainers,' people were only slightly more vocal.

Where were you, Alyssa?

And those of us who have been covering it have long noted that US troops have been in combat from day one.

As the then-Secretary of Defense noted, dropping bombs from planes is also combat.

And the US government had bombed Iraq daily since August 2014.

Again, where have you been?

Off with The Cult of St. Barack?

"Hands Off The Man" (also known as "The Flim Flam Man") was written by Laura Nyro and she performed it on her debut album MORE THAN A NEW DISCOVERY (now known as THE FIRST SONGS).  It was covered by many including Peggy Lipton.


Peggy covered many of Laura's songs (they were friends from before Peggy did THE MOD SQUAD) and let's note "Stoney End" because no one did a better cover of that than Peggy.

"Now I don't believe I want to see the morning" -- indeed.


Of the US troops fighting in Iraq, Dan Lamothe (WASHINGTON POST) notes:


Army Lt. Gen. Stephen Townsend said that the advisers, numbering about 450, are “operating closer and deeper into Iraqi formations” as a new assault on western Mosul gets underway. U.S. commanders made the adjustment during the fight for the eastern side of the city, which began in October and ended last month, and the deployment has continued with the attempt, beginning Sunday, to capture western Mosul, Townsend said.

It marks the first time the U.S. military has acknowledged how close American service members are to the front lines as it assists what Townsend characterized as a force of more than 40,000 Iraqi police officers and soldiers fighting to retake Mosul. The battle for the western half of the northern Iraqi city is likely to stretch for months in urban neighborhoods where up to 1,000 militants are believed to be entrenched, U.S. military officials said.


Only 180 more days, the Defense Dept has insisted.  Apparently they have based that judgment on the fact that deploying US troops into combat (officially) can accomplish that.  (Of course, they've been wrong before.


Making official what's been happening all along may be one of the reason for US Secretary of Defense Jim Mattis' trip to Baghdad. 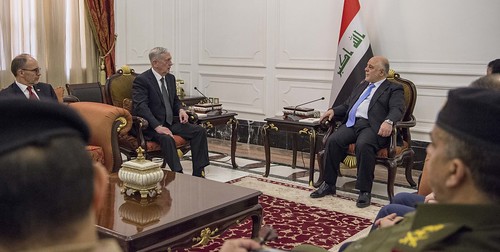